A Hidden Gem: The untold story of Panjshir emeralds 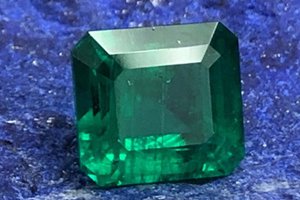 35.5 carat natural Panjshir emerald on a bed of lapis.“Let us carve gems out of our stony heart and let them light our path to love,”  – Rumi, 13th century Afghan mystic and poet

Nestled in a remote region high in the Hindu Kush area of the Himalayas is an unspoiled treasure – fabulous world-class emeralds in vast quantities – an estimated tens of billions of dollars’ worth according to one source – with a largely untold story.

Forrest Snowden and Habib Mohebi want to change that. In years of communication with USAID, US Geological Survey, and local Afghan miners, they formed Aria Gems (www.ariagems.com) in 2011, to supply education, innovation, and global logistics to Afghanistan. They want to bring the Panjshir’s riches to the world ethically and legally in a vertically integrated system, driving jobs and revenue to Afghanistan.

I recently met with Forrest and Habib to hear their story. Like brothers, they’re on a mission with a passion – to promote prosperity to Afghanistan, given the country’s immense natural resources, starting with the hidden treasure of the Panjshir emeralds.

Habib is originally from Afghanistan and frequented Panjshir as a child to view the beautiful mountains at a summer resort. In Atlanta, he developed a high-end tailoring business after moving from Afghanistan during their war with Russia. Forrest, an engineer and former professor with an impressive resume of top companies including IBM, KPMG and Raytheon, started visiting Habib as a tailor and the two became fast friends. They originally formed Area Global Logistics, procuring government contracts to help rebuild Afghanistan’s war-torn economy. Years later, Habib mentioned his former contacts with the emerald-bearing Panjshir region and the idea of Aria Gems was born. 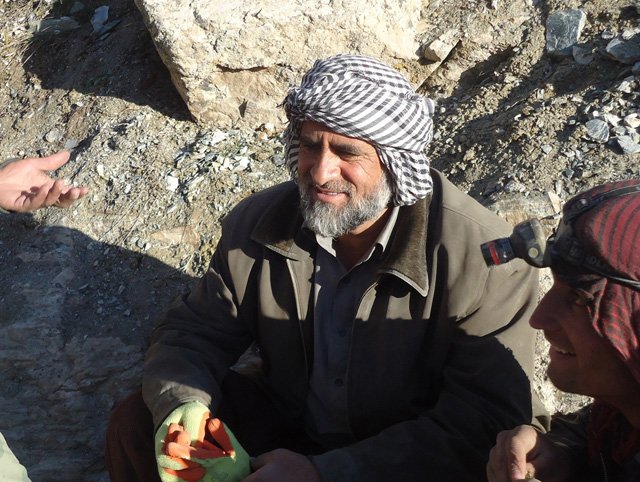 Emerald miner in the Panjshir Valley.

Prized since ancient times, emeralds were a favorite of Cleopatra, traded along the famed Silk Road with China and coveted by royalty. Close to five millennia ago, the Egyptians mined the precious gems in mines which later became known as the “Cleopatra mines” near the Red Sea. Featured extensively in ancient Egyptian jewelry, they were linked to fertility, immortality, rejuvenation and eternal spring.

Over time, the ancient Egyptian mines were depleted and faded into obscurity. New important world sources arose, especially Colombia, today’s leading provider, followed by more recent sources in Brazil, Zambia and Zimbabwe. But because of Panjshir’s remote location, its history of conflict and the fierce independence of the native Panjshirs, the region’s abundant emerald sources remained protected and largely under the world’s radar. 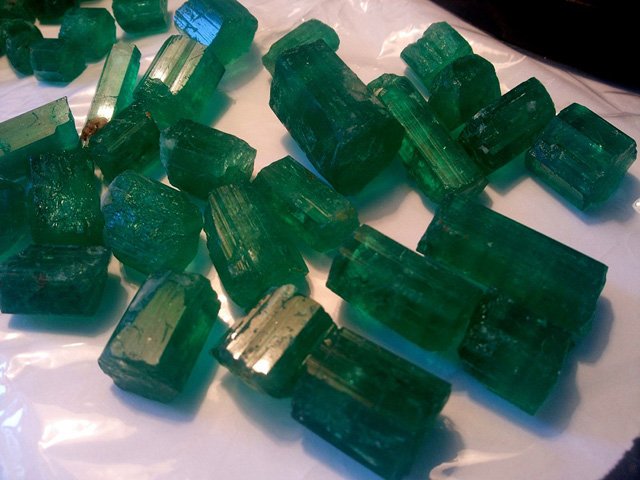 Natural Panjshir emerald crystals.But all that’s changing. The quality of the emeralds – their deep rich green color due to abundant area chromium, their impressive size – often much larger than those currently left in Colombia after centuries of mining, the seemingly vast quantities available, and their ready accessibility – the mines are often only 200-300 feet deep – make this ancient source of emeralds suddenly a source not to be ignored. In 2015 a 10.11 carat Panjshir emerald ring sold at Christie’s for world record HK $17.56 M (nearly two and a quarter million US). Panjshir had arrived on the emerald world scene as a major player.