Applied Marketing 101: How this funny looking little ink spot is about to change Everything

Occasionally, technological changes occur that transform society in extraordinary ways. I’m sure you would agree that the development of the personal computer represents just such a change. In this context, there have also been a series of “mini-revolutions” in which smaller incremental technological advances (e.g., the Internet, Cable TV) created transformational changes as well. In my view, we are on the threshold of a very big change, a societal embrace of a new technology that will fundamentally alter the way that retailers communicate with consumers. 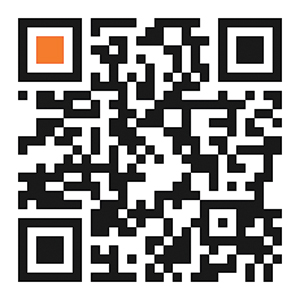 There have historically been two issues with making computers truly “personal.” First, they were initially big, heavy, and expensive. Second, it’s hard and cumbersome to enter data into them, since you have to physically use a keyboard to insert binary code, representing letters and numbers, into the processor.

The big, heavy, and expensive issue has been pretty much solved by something called Moore’s Law, which states that the number of transistors that can be placed inexpensively on an integrated circuit doubles roughly every two years. The consequences of Moore’s Law are many and varied, but among them is an evolutionary reduction in size, weight, and cost to the extent that today, our computers increasingly (especially for younger consumers) reside in our phones.

As an aside, 32 percent of cell phones in America are currently smart phones. Eighteen months from now, that ratio will flip, to where well over 70 percent will be smart phones, so to understand the implications, recognize that in less than two years, about 3/4 of all Americans will be tethered to the Internet, full time, by a personal computer that lives in their pocket.

Regarding the second issue (data entry), we are all familiar with the use of barcode technology, which allows imaging scanners to automatically input relatively short alphanumeric sequences into computers without the need for typing. But suppose you want to input a much larger alphanumeric sequence… what then? Well, there’s an answer. It’s called a QR Code.

QR Codes were originally used in vehicle manufacturing, where a ‘Q’uick ‘R’esponse time for scanning meant greater efficiency, especially when you had to keep track of lots of parts that had very long sku numbers. Today, QR Codes are used for a variety of purposes, but the really big breakthrough that they will facilitate is the act of getting large alphanumeric sequences into phones – an application known as Mobile Tagging. To understand this, please recognize that there are free QR Code scanners available that allow a smart phone’s camera to instantly translate a QR code into a URL (website address), and immediately transport the phone’s internet browser to the appropriate Internet address. And QR Codes can be used to transport a phone to all sorts of Internet locations, even YouTube (where the phone can open video content).

This aspect of QR Code scanning functionality has the potential to have an extraordinary impact on the way that consumers will make shopping decisions in the very near future. You see, with a QR Code, a retailer can direct a consumer to a mobile phone app, where he or she can immediately (yes, speed is very, very important to today’s very impatient young consumer) access all kinds of information about the product, as well as allow the consumer to share the content with a circle of friends, who may be heavily relied upon in making the purchase decision, via e-mail, texting, or by posting on their Facebook page.

The key element is that the consumer already wants to use their phone to find out about products anyway. The QR Code that directs their phone to a product-appropriate landing page simply allows that wish to be fulfilled, quickly and easily. And this is why many experts believe that in the future, Internet-oriented research about what to buy will primarily occur on mobile, rather than on desktop, platforms.

These technological changes correspond with a very important psychographic shift in Millennial consumer behavior. As a Baby-boomer (and Digital Immigrant), I was trained by folks like Ed Sullivan to accept interruptions in entertainment when it was time for “a word from our sponsors.” I’m perfectly willing to sit though TV ads, in a way that my children (who, as Millennials, are also Digital Natives) simply won’t tolerate.

Their generation is completely unwilling to allow advertising to interfere with what they’re watching, or listening to. They purposely record shows, or start watching them 20 minutes late, so they can fast forward through the ads. They purposely hook their iPods up to their car radios, so they can listen to the songs they want to hear, without having to listen to ads.

This is a key point: Millennials will be increasingly difficult to reach through the “Interruptive” Advertising Model that was so very effective with the generations that preceded them. That’s the bad news. The good news is that Millennials are easily accessible through offers of information about products that are “Non-Interruptive.” They actually have an amazing appetite for product information. You just have to make it easy for them to access the information they want to see, in a non-interruptive way.

And that’s why QR Codes are about to have an enormous impact on the way that buyers interact with sellers throughout our society. You need to know… this is happening right now! Every major retail chain in our industry will be using QR Codes this Fall to provide information about the jewelry they’re selling to consumers, especially younger, entry level consumers who may also represent bridal customers. Expect to see this in print, on TV, on billboards… anywhere a mobile phone can physically scan a QR Code. Just remember, if you invite a consumer to scan a QR Code, then the content had better be relevant, interesting, and cool, or you’ll actually risk alienating them.

We at Gems One have been working for the past several months on a series of QR Code-driven B to C platforms aimed at helping our independent retailer customers communicate more effectively with consumers, including the largest web-based mobile platform in the industry that’s connected by QR Codes. We launched the first of these at the Chicago Show, and it was extremely well received, so we’ll have a wonderful clinical testing laboratory in place this Fall to start to really understand how to maximize the performance of this technology for independent jewelers.

As you might imagine, there are a number of ideas that I’d like to test in this regard. One of the terrific advantages of this technology is that you also get fabulous, real-time metrics that show how, and when, the mobile app is being used. I’ll report to you in future articles on how this is working for our customers.

George Prout is Vice President of Sales and Marketing at Gems One Corporation, and can be reached via e-mail at georgeprout@aol.com, or at 800-436-7787.

George Prout is Chief Marketing Officer for Gems One, and can be reached at marketing@gemsone.com.