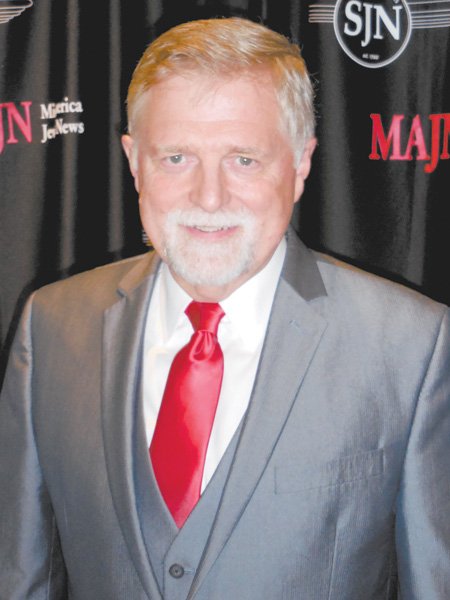 As I write this, I’m in seat 11J on a Delta 777 flying from Shanghai to Detroit. I’m working on my first scotch, and am reminded of the fact that there are no finish lines in business – just new starting lines, and this year’s race to get ready for JCK will be especially intense.

The past six days in Hong Kong were pretty interesting. I arrived just as news was hitting about the Sterling sexual harassment scandal. Holy smokes, what a mess! I spoke with several large Sterling vendors who were really spooked, and I must say that while the independent jewelry community that I serve will probably benefit short term from the ensuing chaos, I’m not sure that having a severely wounded Sterling is a good thing for our industry. Remember that Sterling took up much of the advertising slack for generating consumer demand when DeBeers inexplicably picked up their toys and went home, so we may not collectively benefit if Sterling is suddenly forced to substantially reduce their advertising spend.

One of the things I love about my annual trip to Hong Kong is that I get to speak with incredibly bright people who have extraordinary insights, and several who I respect deeply shared an interesting perspective. Ask yourself: who’s the most important retailer in the global jewelry industry? For decades, it’s been Sterling, hands down. But change is afoot, and it seems reasonable to assert that increasingly, Chow Tai Fook will now be driving the global jewelry boat. They have the buying power, as well as the selling power, and there’s also a generational change happening there in top leadership that may further help position CTF as the global leader in the future. And guess who’s taking a really big position in Mine to Market? So, I’m going to be watching CTF with increased interest from now on.

So much for the big strategic stuff. On the product end, things are pretty weird. The majors’ buyers appear to have absolutely no clue what’s next. Over and over again, I’m hearing that they’re asking for “basics with a twist.” That is not a good thing, as we badly need the big advertisers to coalesce around some specific items to generate consumption demand waves this Fall.

While there will probably be a residual demand wave resulting from Sterling’s advertising in the two stone category, I don’t completely trust it for longevity. And yes, the Crossfor booth was totally jamming, so you can count on sales in the “Dancing” category this Fall as well. But this year, you’d better have a wider array of potential trend items in place, because without the majors coming together to drive specific key categories, you’re going to need a broad focus (in addition to bridal) to make the 4th quarter happen.

So, in the absence of a major trend item this Fall, here’s a list of key categories to focus on as you build your merchandising and advertising plan for Christmas.

After five intense days, I’m returning to the States with a reasonable sense of accomplishment, as I’m at least sure that my flyer merchandising objectives have been met. But I’m still a bit apprehensive. Valentine’s Day was pretty bad, at both the level of the majors as well as in independent stores, and I’m really confused about why. Consumer confidence is increasing, the Dow is at all-time highs, and the resurgent sense of nationalistic pride should be driving consumer spending in luxury categories to excellent levels. Only, it’s not. And while I’m usually pretty good at connecting the dots and discerning cause-effect relationships in what’s transpiring in the marketplace, this time, I’m stumped.

All of which suggests that you and I had better bring our “A” games this Fall. In the absence of a major consumption wave, like Two Stone or Dancing, we’re all going to have to create a set of “mini-waves”, promoting each of the minor trends in a way that stimulates sales. I’m sufficiently concerned that I’m now committed to creating tremendous amounts of advertising content aimed at social media in the next several months, to help our customers fuel their own local mini-waves during the second half of the year.

The days of being able to simply open and close and have automatic traffic, sales, and profitability are long gone, so I’m sure you’re already well accustomed to the idea of priming the pump through omnichannel marketing to create a successful retailing environment. But this year, you will need to amp up your efforts. This will be the year where strategy wins. So either get very, very strategic in your thinking, or find someone who can help you. Your December figures will depend on it!

George Prout is Vice President of Sales and Marketing for Gems One Corporation, and can be reached via e-mail at info@gemsone.com , or at Gems One’s New York City office at 800-436-7787.