Applied Marketing 101: Why trends are more important than ever before 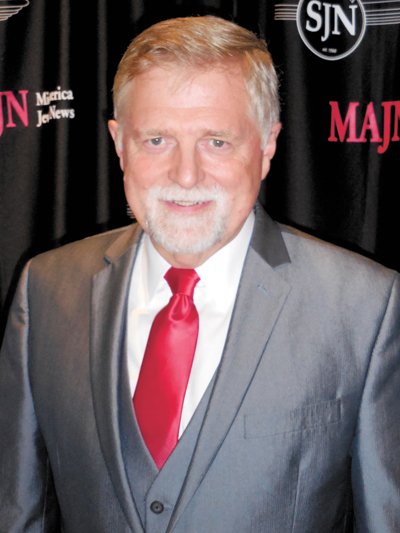 Throughout the past 40 years, the emergence of specific trends in the jewelry sphere has impacted retail jewelry sales in a beneficial way for those who sold them. But the extent to which they now contribute to overall sales seems to me to have risen significantly, to the point where your company’s success is now inextricably linked to how well you anticipate and react to them.

The best predictive factor for what’s likely to sell tomorrow is what sells in your store today, which is why it’s so incredibly important for you to reorder fast sellers consistently throughout the year. But as trends get hot, items in demand can suddenly emerge – especially at Christmas – and catch you by surprise. And it seems to me that the occasions of these trend emergences are increasing both in frequency as well as intensity.

Monthly sales revenues for most independent jewelry stores generally contribute somewhere between 5 and 7 percent per month for the first ten months of the year, and then accelerate to a level of 10-12 percent in November, and then 21-24 percent in December. These percentages are fairly fixed, and occur because of the natural shopping patterns of American consumers, but the relative contribution of different jewelry categories has changed over time in a way that’s interesting.

During the ‘80s and ‘90s, Christmas sales generally consisted of the same “staple” items that sold during the rest of the year, such that stores generally were selling four times as much of the same items that they sold during the non-peak months. The only variation to what was selling was in retail price points, such that the average retail sale in December ticked a bit higher as male gift-givers chose to make higher ticket purchases as Christmas gifts. Stores reacted to this by simply stocking more staples, and topping off their inventories with a few higher ticket items in anticipation of demand for the big tickets close to Christmas Eve.

But starting with the Three Stone trend, things changed. Staple items can still be counted on to surge in December, but no longer at a ratio of four times normal monthly sales. These days, the increase in sales of staple items is more on the order of 50 to 100 percent. So where do the other sales come from that allow your stores to achieve 21 to 24 percent of annual sales in December? Increasingly, the added December sales are coming from trend items.

Consider the first massive Christmas we all experienced during the emergence of Three Stone. The first man who came into your store looking for a piece of Three Stone jewelry probably entered on about December 5. But by December 15, as many as one in six male shoppers were looking for Three Stone (primarily rings that first year). For those of us on the manufacturing side, it was quite an experience, as the late season reorders poured in at unprecedented rates. And for the next several years, the new trend became a “staple”, as stores shifted their overall inventories into what consumers were suddenly buying.

Since then, we’ve seen the emergence of a series of trends (Circles, Journey, Love Knots, Chocolate, Vibrating) that each emerged during the Holiday season and contributed significantly to stores that properly anticipated each, advertised it and stocked for it. And in each case, stores that jumped on the trend early in its life cycle benefited disproportionately, as the early adopting consumers who chose to participate in the new trend told their friends where they bought the new item, setting the stage for subsequent less adventurous buyers to emerge and participate by buying the new item where their friends had shopped.

This change in how staples and trend items contribute to December revenues has had a secondary impact that is important. For generations, Christmas sales have historically had a cleansing effect on jewelry store inventories, as imbalances that occasionally occurred in key categories during the year would self-correct when the hordes of Christmas shoppers cleared the shelves. But isn’t it interesting that the recent focus on aged inventory, as well as overall inventory levels, has happened concurrent with this new shift in the relative contributions of staples and trend items to December sales.

The bottom line is that it’s incredibly important for you to aim a portion of your Christmas inventory – as well as your Christmas advertising – at likely emerging trends. This Christmas, there are lots of cool new products in play (arrows, triangles, geometrics) as well as changes in general preferences (stackables, engagement rings with colored stone centers), but the two mega-trends for Christmas 2015 will likely be the Vibrating category and Two Stone. Is your store properly prepared? If not, and you’re reading this in early November, you’ve got about 30 days to get your act together. Miss these two, and Christmas may be a bit disappointing.