Every four years, the world stops and tunes in to the World Cup, a thirty-two team tournament to crown a world champion. It’s so important that many countries get national holidays to watch their teams play.

Sadly, in the United States we weren’t so lucky since we failed to qualify (thanks Bruce Arena!), but, that didn’t stop anyone from enjoying all the excitement, passion, upsets, twists and turns, and an actual crowned world champion.

While I was enjoying one of the most entertaining tournaments ever, I began to think: What if there was a tournament to crown a favorite color gemstone? So I put my FIFA hat on, don’t worry it wasn’t corrupt like the actual organization, and started to plan my own tournament. I excluded diamonds for this exercise and focused solely on color gemstones.

The process began by choosing thirty-two lucky gemstones and dividing them into four separate pots. 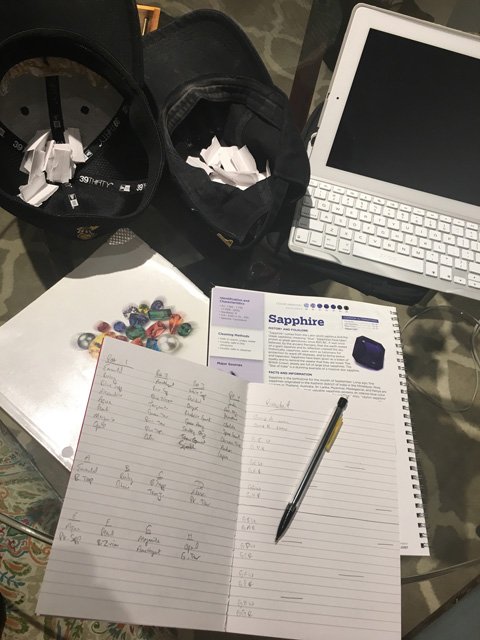 Pot one consisted of the big names and top-sellers, such as emerald, ruby and sapphire. The big boys and odds-on favorites to be champion. But, would one of the favorites prevail or would the champion come from somewhere else?

Pot two and three consisted of your common, everyday calls but not necessarily the stones everyone craves, such as amethyst, tanzanite and blue zircon. They may not be the favorites but that could cause some upsets in the push for the crown. 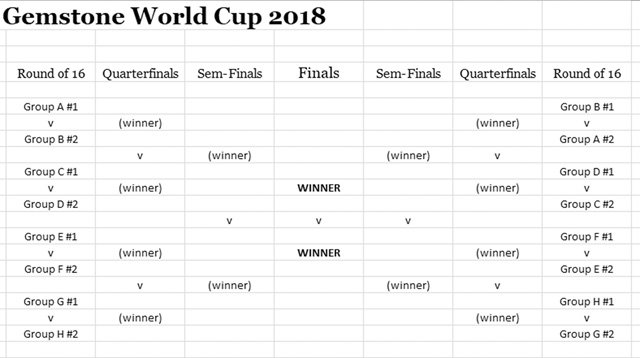 Pot four was filled with the less popular stones, like iolite and amber, who are just happy to make the tournament. There might be an upset, but, just making it to the dance is their title.

Once the different pots were established, it was time to separate them out. All thirty-two stones were divided up amongst eight groups with four teams in each group.

Each stone from pot one were placed as top seeds in separate groups. This is to balance the competition out so none would face each other in the group stages of the tournament.

The stones from pots two and three were chosen next. I used the help from a terrific assistant and the always incorruptible method of pulling names from a hat. Hat one contained the different stones and hat two contained the group placements.

Once they all had a destination, it was time for pot four. For these stones, I pulled groups from the hat to place them, thus completing the set-up. Time for the tournament to begin.

Of course, the biggest difference is that gemstones can’t actually compete against each other in a battle of the fittest to crown a champion. This is where my fine co-workers at Darling Imports played a vital role. Each one filled out a bracket and crowned a champion.

They started by picking their two favorites from each group, a winner of the group (#1 seed) and a runner-up of the group (#2 seed). Once they did that, their knockout round was set and they picked their favorites in single elimination tournament games until a champion was crowned.

In the end, the most fun we had was looking at everyone’s choices – seeing the different upsets and how the so-called favorites fared in this brutal tournament.

We had a strong showing by some stones we didn’t expect, like spinel and tsavorite garnet. Some big names received love as well in alexandrite and emerald. Overall, four of the nine brackets, including my own, had blue sapphire winning it all!

It was great fun doing this with the staff as no two brackets were the same. We enjoyed everyone’s individual opinion and why they liked certain stones over others. Since we had so much fun, I made sure we provided the group stage and the knockout round bracket so your store could have your own Gemstone World Cup and find out your store’s winner!