The Storied Hope: Connecting the dots of one of the most colorful diamonds in history 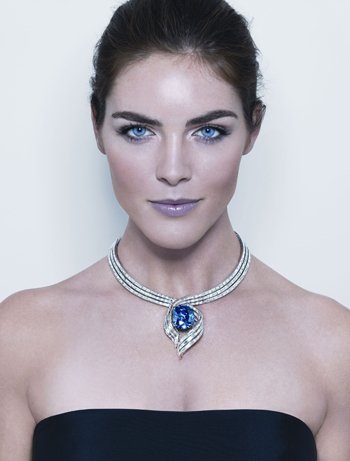 Without doubt, one singular standout display at Washington DC’s Smithsonian Museum is the legendary Hope Diamond. Thousands of visitors flock to the Harry Winston Gallery there each year to catch a glimpse of this hypnotic blue stone.

Recognized around the globe, this 45.52 carat VS1, natural fancy deep grayish-blue cushion jewel is a rarity for more reasons than its entrancing deep blue hue. Its home since 1958 has been our nation’s great museum; fortunate for the millions who’ve traveled far to see it. But it hasn’t always enjoyed such a quiet life of retirement.

This sparkler started out its journey as did other diamonds of its day. At one time, all diamonds were sourced from India’s legendary Golconda region. Historians place its discovery from the Kollur mine in the Guntur District (India). It was said to have been recut from the French Blue around 1791-1792 during the French Revolution.

The sensational diamond that was eventually to be named the Hope Diamond began when the French merchant-explorer, Jean Baptiste Tavernier, purchased it as a 112 3/16 carat somewhat crudely cut triangular shaped stone. The paper trail becomes obscure for quite some time after that.

In the 19th century, the diamond turned up as an entry in the gem collection catalog of a Mr. Henry Philip Hope. Following his death in 1839, the jewel went to his nephew Henry Thomas Hope and then to the nephew’s grandson Lord Francis Hope. In 1901 Lord Francis Hope sold the stone to pay off his debts, but the name stuck.

The Hope Diamond’s richly colorful history, as recounted in numerous accounts includes time in the French Crown Jewels, then a daring theft, a couple of re-cuttings, on to an English King, and later a wealthy American socialite. All along the way, its air of mystery increased as did its claims of a foreboding curse or two.

With such an outlandish provenance, it’s hard to imagine that its last private owner would have enjoyed this blue bauble immensely; treating it with what some would regard as careless abandon.

French jeweler Pierre Cartier, one of the founders of the famed house of Cartier acquired the rock in 1910. A talented salesman, Cartier wooed American socialite Evalyn Walsh McLean with its fascinating history, but perhaps forgetting the details of an often unfortunate past that beset previous owners. This little blip caused the sale to take quite a while to complete. But eventually the McLean’s paid $300,000 for the pretty rock.

McLean’s seemingly cavalier attitude towards her priceless jewel spawned countless anecdotes of her carefree laissez-faire with regards to the diamond. She was after all, from a privileged background accustomed to moving in the rarified airs of Washington DC’s highest society.

She wore the Hope Diamond on numerous social occasions to the delight of fellow attendees. Even in her highborn circles, this diamond was a spectacular treasure to behold. It became as much of a celebrity as she.

A certain guest to the McLean’s home once pulled out “something” stuck under the cushions of her deep pillow stuffed sofa. It was the Hope Diamond. “Oh if robbers came in, they’d never look for it there,” McLean shrugged.

A lover of big dogs, she was also known to put the necklace around the neck of one of her big pooches, and let it romp outside with that “choker” on.

“The Hope Diamond in its original pendant must have looked fantastic at parties circa the 1920s, when it hung around the neck of owner Evalyn Walsh McLean’s Great Dane, Mike.” – report in The Wall Street Journal

After McLean’s death, and possibly owing to its unshakable history of bad luck befalling some of its early owners, New York jeweler Harry Winston donated the diamond to the Smithsonian Museum where it can be marveled over by the world without risk of a curse.