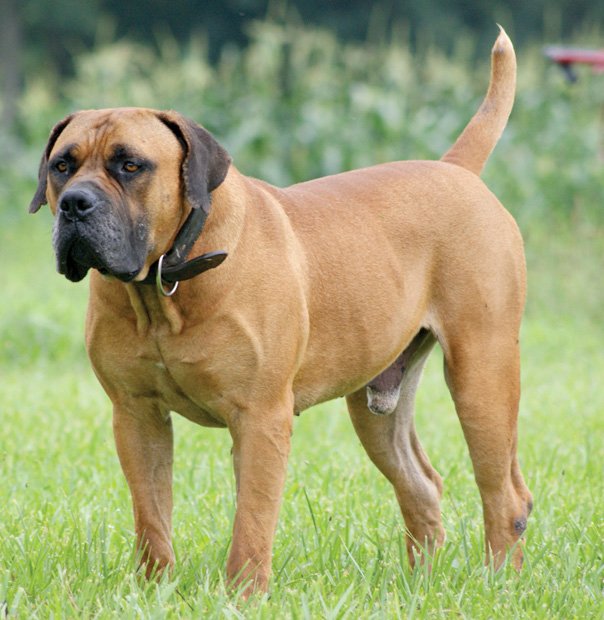 Ever heard of the Boerboel dog? Me either. How about the slobbery, lumbering Mastiff? Now we’re getting close. The Boerboel, meaning farmer’s dog in Afrikaans, was a type of Mastiff bred specifically within South Africa to help farmers guard livestock and assist with other work. It’s also called the South African Mastiff. This distinctive noble creature has been a fixture in that part of the world for centuries. Male Boerboels typically weigh between 140-200 lbs., with females weighing between 110-140 lbs.

Dutch and French settlers moved to this part of the world in the 17th century, as early as 1652 when the Dutch East India Company established deep and permanent roots in Cape Town. 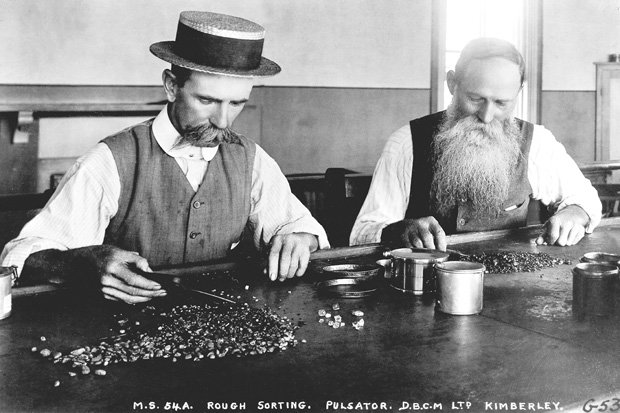 We know South Africa for its history of diamond mining, of course. By the early part of the 20th century, along with the growth of diamond production there, De Beers diamond mining empire founded in 1888, (now De Beers Group of Companies) imported large Mastiff dogs to South Africa and integrated them into the gene pool with local Boerboels. Their goal was to produce large, heavy dogs to guard the mines – which they did for years.

The temperament of these specifically bred Boerboels made them ideally suited for their job as a mine guard. Calm, loyal and devoted to their owners, Boerboels are also extremely territorial and suspicious of strangers.

I don’t know if theses low-tech security practices have survived through the high-tech age we live in today. My research on the subject of De Beers guard dogs took me to an article simply named Diamonds by Gary Thatcher appearing in the Christian Science Monitor, May 14, 1981. It details his first-person account of visiting the Wesselton Mine of De Beers Consolidated Diamond Mining Company in Kimberly, South Africa. 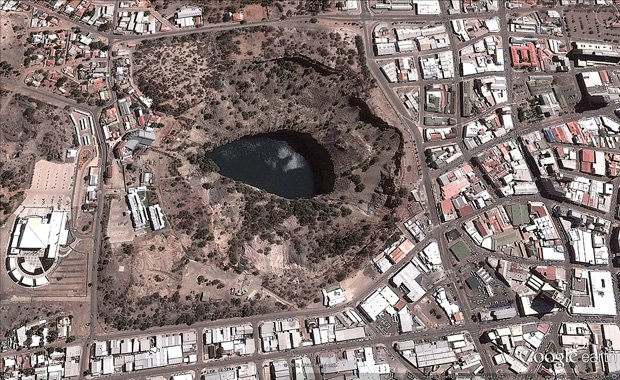 In his report, Thatcher recounts seeing double-ringed fences surrounding the mines which were patrolled by ‘rather ferocious’ guard dogs trained at a company owned kennel in Kimberley. These dogs, he claimed were Alsatians however – a breed similar in some ways to a large German Shepherd.  “Dogs from the kennel are occasionally put on display, and entertain audiences with feats such as walking blindfolded on tightropes. But a company official confides that these dogs are ‘just the ones we show’.”

The real guard dogs, it seems, were so fierce they weren’t allowed anywhere near the public. I’ll accept that statement. I don’t see evidence of dogs still being used for guarding purposes at De Beers mines, but it doesn’t mean that they are not utilized in that way today. Maybe there’s no need to publicize this practice.

As for the brave Boerboel, by the mid to late 20th century, the Boerboel was at risk of extinction. Urbanization in South Africa and careless crossing of the breed diminished the Boerboel into nearly non-existence. A group of enthusiasts – South African Boerboel Breeders’ Association (SABBA) was formed in the 1980s to restore the breed to its original type. Slowly they revived this historical dog – and today the breed is recognized and gained acceptance into the AKC’s Miscellaneous Class as a member of the working dog class. Not all mining stories are sparkling with diamonds – but because of these brilliant stones, some of its history has gone to the dogs. 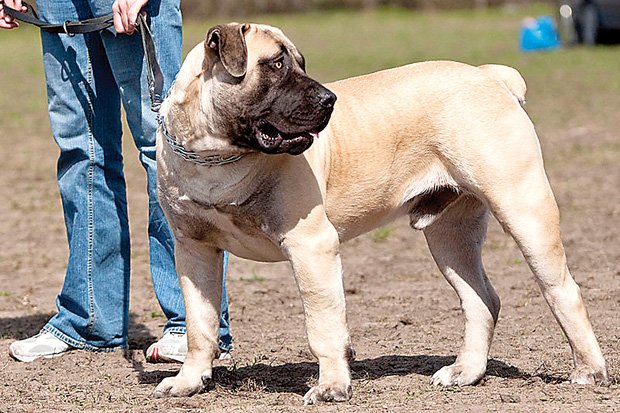