What would you do if a stranger walked in your store to return a lost 3.02 carat diamond ring? The odds of finding the owner would seem nearly impossible to most, but not to the staff of Mervis Diamond Importers in Washington, D.C. When faced with the task of searching an enormous database in the hopes of finding the ring’s owner, Jon Mervis and his uncle, Zed Mervis, eagerly took on the difficult task.

“When the man told us he’d found a diamond ring in the parking lot of the mall, my uncle was amazed. Not only did he refrain from keeping the ring, but once he discovered the Mervis inscription, went one step further and brought it back to us,” recalls Jon.

Zed and Jon agreed to take the ring and search for the owner. After evaluating the size, cut and clarity of the diamond, they searched their records going back almost 20 years hoping to find a match. The list was long. Not ones to succumb to discouragement, the men started searching the old fashioned way… they started making phone calls.

Many phone calls were made, but no match could be found. Word of the lost diamond spread around town and within a couple of days the Washington Post picked up the story. Tremendous interest was generated and people started coming into the store with stories of their lost diamonds. Jon, who had not given away the details of the diamond, would take their name and ask pertinent information regarding the diamond they’d lost. None matched the stone in question. 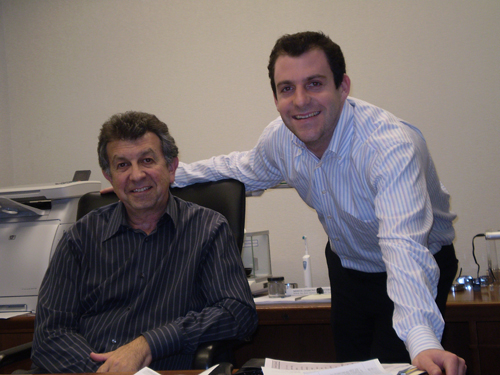 “The people who came in to our store were not trying to claim something that wasn’t theirs. They had genuinely lost diamonds as well. Unfortunately their diamond was not the one found,” states Jon.

With the large number of erroneous responses, the Mervis family wondered if the owner would ever turn up.
Ten days after the Good Samaritan returned the ring a customer came in describing the right size and color of the stone. Not only did the description match the lost diamond, but this customer came with a certificate of ownership. The certificate carried the details of the diamond and, after comparison with a Sarin 3D diamond grading machine, the staff found it matched.

“This particular diamond was a Millennium Diamond from DeBeers. It was a limited edition and, therefore, easy to identify,” recalls Jon.

With the owner found and the ring returned, the media turned its attention back to the Good Samaritan. A builder by trade, the man refused the publicity simply stating, “I found something that didn’t belong to me and I wanted to give it back.”
But what happened next surprised the Mervis family. People from the surrounding communities started calling the store asking for help in finding their lost stones. Wanting to help them, but knowing he couldn’t become a full-time diamond sleuth, Jon Mervis did the next best thing. He created a Lost and Found section on the company website.

“I realized there wasn’t a good way to track down a lost ring. I really wanted to help these other people so I created the Diamond Ring Lost and Found section on the website. It allows anyone to post a ring they’ve either found or one they’ve lost. Hopefully it will help reunite other people with their lost rings as well.”

Today, www.mervisdiamonds.com/found/ is home to the posts of desperate people looking to reunite with their beloved diamonds. And, Jon Mervis quickly realized that, “these lost rings represent more than just a monetary loss. Each one has sentimental value which is recognized by the people who find them. That’s why so many people go out of their way to find the owners.”

Mervis Diamond Imports is a family-owned, third generation company that got its start in South Africa. Be sure to visit their website at www.mervisdiamond.com and check out the video footage of the lost diamond story on YouTube. Search lost and found diamond.