Have you considered platinum? 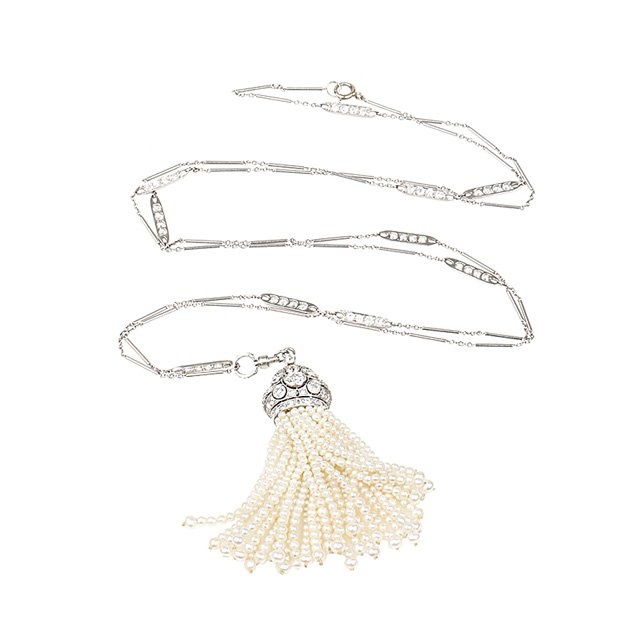 Platinum diamond and pearl Art Deco 30 inch sautoir. Belle and Bird.It’s elemental. Like gold and silver, platinum is a pure natural element found on the periodic table. Dense, ductile and malleable, it’s considered one of the noble elements because of its non-reactive nature. It doesn’t corrode. It doesn’t tarnish. Its enduring nature makes it perfect for jewelry. Over time, platinum pieces develop a patina, a soft sheen born of fine scratches from wear. Although desirable, the patina may be removed by a simple soft polishing restoring the original smooth surface.

Platinum is so pure it’s hypoallergenic. Much heavier than gold (about 1 ½ times as heavy), it has a solidity, a density or heft that is striking. And it’s extremely rare, about 30 times as rare as gold. It’s been said that all the platinum mined throughout history could fit into one room.

It’s natural white sheen makes platinum a perfect complement for diamonds. Because of its enduring, unchangeable nature, platinum’s a perfect choice for wedding and engagement rings, suggesting timeless love. For those who prefer the cooler, whiter tones, platinum is king.

Platinum radiates prestige, high value and power. An album “goes platinum” after selling a million copies. A platinum credit card is more prestigious than a “mere” gold card. But platinum was not always seen in this light.

Sixteenth century Spanish Conquistadors viewed platinum as a nuisance, a white metal obtained while panning for gold and “contaminating” it. They called it “platina” – little silver. Platina was believed to be unripe gold and was flung back into the rivers in the hope that it would continue to mature into gold! 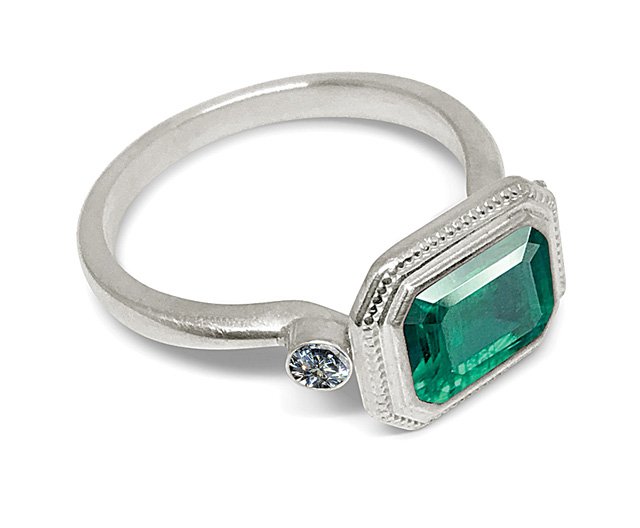 The high melting point – over 3000 degrees Fahrenheit – and chemical resistance of platinum originally made obtaining a pure sample difficult, defying classification until the 18th century. The French chemist Antoine Lavoisier finally succeeded in melting the metal. In 1879 Johnson Matthey produced a standard meter measure made of a platinum and iridium alloy. Platinum’s eternal, non-changing nature made it the perfect element to define a standard meter internationally, persisting until 1960!

Originally sourced by the pre-Colombian Indians in South America and from the gold-bearing sands of the Ural Mountains in Russia, platinum was discovered in 1924 in Merensky Reef in South Africa. This area became the major producer of the metal throughout the 20th century, continuing to the present day. 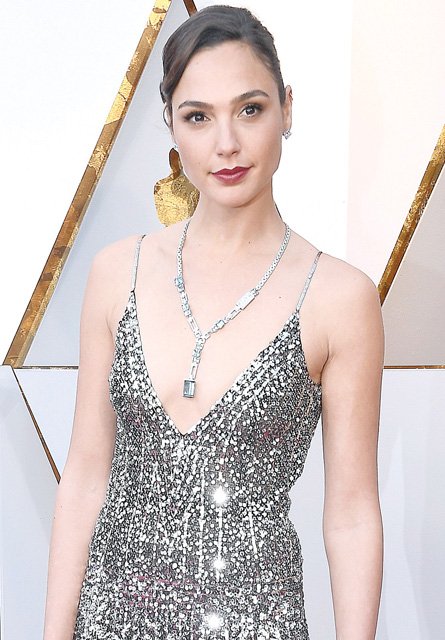 Due in part to the scarcity in supply, platinum experiences a volatility in pricing, much more so than gold. In 2008, platinum dropped from a high of over $2200 an ounce to around $800 an ounce. Today platinum hovers at around $800 an ounce to gold’s $1300, making it competitive in today’s market. Even taking into account that pure platinum as opposed to gold alloy is used in pieces, and that platinum has a greater density than gold (making a comparable piece of jewelry a significantly higher gram weight), platinum’s reasonable comparative costs merit a fresh consideration.

Platinum has been traditionally styled in wedding rings or ornate filigree Victorian or Art Deco designs, accented with diamonds. But platinum is timeless, elemental. It could be styled in contemporary styles that project platinum’s enduring value coupled with a modern, contemporary twist. Platinum’s prestige, its rarity, timelessness and purity, presented in trend-setting designs offers a fresh new angle. This trend could prove to be a winner!