After attending his first year at the University of Houston Law School, Rex Solomon realized he missed his small former tightly knit social network of New England’s Williston Northampton School and Brandeis University, as well as the larger lively network of his extended family business, Houston Jewelry, just a few miles away. “Law school wasn’t fun. The store was more fun and interesting. After classes I would go to the family store….” So 30 years ago he joined his family business and never looked back. 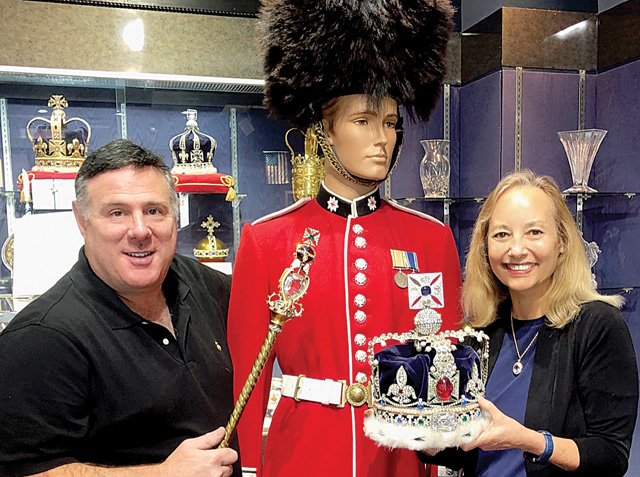 Rex’s Regalia. Rex and Mia try out life-size replicas of the Crown Jewels on display at Houston Jewelry.

Rex’s remarkable and distinguished family were merchants in Houston since before the Civil War, Rex revealed in a recent fascinating in-depth interview. In 1866, five generations ago, ancestors Ephraim & Rosenfield had a business “when Houston was only 30 years old, a flat, muddy backwater.” 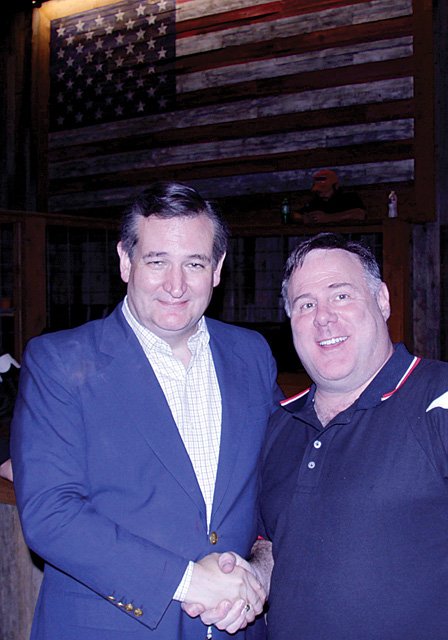 Rex with Senator Ted Cruz (R-TX).Over the years the Donsky-Solomon family excelled in retail, specializing in jewelry throughout Texas. They evolved with the times, opening in turn jewelry stores, catalog showrooms and later online retail.

“My grandfather Abe ‘Honey’ Donsky opened Houston Wholesale Jewelers in 1953, the first discount jeweler in Houston. He and his brothers owned Sterling Jewelry & Distributing Company in Dallas. The eldest brother, Nathan Donsky, also owned Nathan’s Jewelers in San Angelo and Brownwood. Nathan brought his siblings into the business, teaching them the trade during the boom in west Texas during WWII.

“After the war my grandfather and his younger brother each left Nathan’s to start their own high end, but discount, jewelry stores. The three brothers invested and worked closely together and in 1973 merged the Houston and Dallas businesses. By 1990 the extended family businesses had 35 family shareholders, 4 stores and 800 employees.”

Rex’s family also has strong ties to New England. “My father Andrew’s from Boston. His father Dr. Philip Solomon was a Professor of Psychiatry at Harvard Medical School, known for several definitive medical text books.” Rex’s family has also distinguished themselves in the arts. “Andrew’s an award-winning landscape photographer with work in a number of important collections. My aunt Linda Solomon’s a well-known music critic. And my brother Keith’s a cinematographer in Los Angeles. Keith produces our commercials for us, which have won multiple Telly awards.” Rex’s wife Maggie is an attorney and their son is in his third year at the University of Alabama, majoring in business.

“When I was 12, I started as a ‘runner,’ taking sales slips and merchandise from the jewelry salespeople to the cashiers in the back of the 80,000 square foot store. My grandfather taught me the nuts and bolts of the business, especially accounting and inventory control. In 1993 we opened a 5,600 square foot store just down the street. We specialize in jewelry and fine gifts. Our diverse staff of 14 speak eight different native languages, important in the most diverse city in the country. 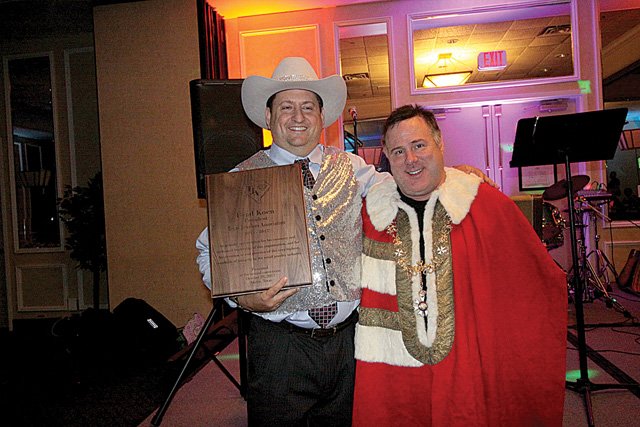 “Houston’s the fourth largest city in country and expanding rapidly. We have many whose families have been clients for generations, but no ‘typical client.’ Clients range from self-purchasers, ‘good old boys’, rice farmers to oil executives. We’ve had sports legends, actors, politicians and even reality TV stars. You never know. A farmer may come in, dressed in overalls, saying they just had a good season and ask for our largest, most expensive diamond.”

Currently President of the Texas Jewelers Association, Rex shares: “We have 140 retail members and are the largest state jewelry association in the country. Our annual convention’s in Austin. We work closely with the Texas Retailers Association and National Retail Federation, lobbying representatives in Texas and Washington about important issues for jewelry retailers.” Rex maintains connections with local, state and national political representatives. “It’s important to keep in contact. You have to be involved in your government. If you don’t participate, you won’t have a say.” 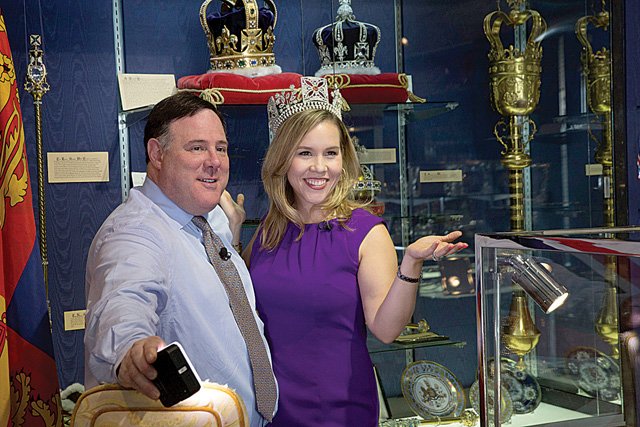 Rex and his wife Maggie both serve on a number of charitable organizations’ leadership boards, such as the American Cancer Society’s Victory, Houston Rodeo, and Seven Acres Jewish Senior Care Services. “My grandfather Abe ‘Honey’ Donsky always stressed to me by word and example the importance of charity and serving the community.”

Clearly what Rex enjoys most is his thriving social network of business, friends and family, deeply rooted in his family tradition for generations, nourished since his childhood, and ever expanding. “It’s been fun. It hasn’t always seemed like work. By and large it’s been a wonderful experience. As my grandfather often said, ‘Business is booming, it will pick up any day now….’” 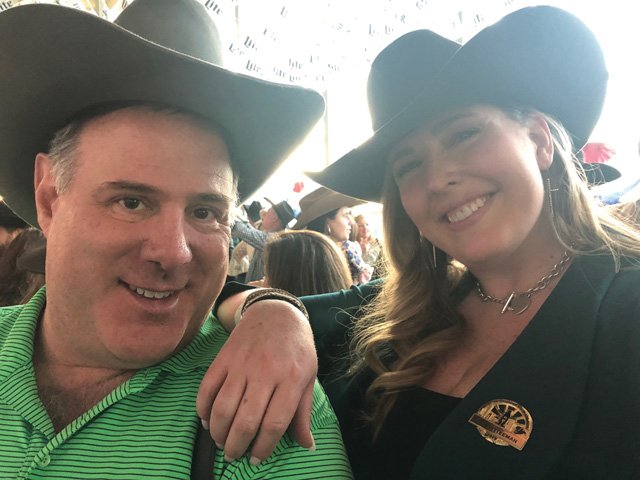 Rex with a client at the Houston Rodeo.

Applied Marketing 101: The incipient end of the Airbnb Effect