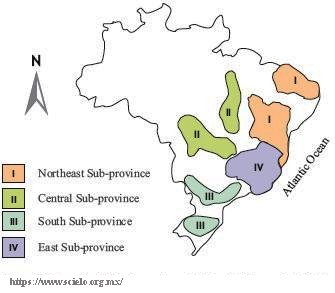 It is one of the largest gemstone producing countries in the world: Brazil. Vast fields of gemstone mines spread out over an extremely wide range of land as seen at right. But how did Brazil get to be such a massive producer of so many varieties of gemstones? The answer is, in its simplest terms, hot water. To be more exact, hydrothermal intrusions of mineral rich hot water that forced its way into cracks and fissures of existing rock.

As seen in the image below, these hydrothermal intrusions happened in extremely violent ways. The mineral rich water was not only extremely hot, but it was also under extremely high pressure. So hot and so high that it heated the original rock to the point of bending and warping under the pressure of the intrusion. You can see a dramatic example of this in the image below from our ISG field trip to the pegmatite dikes of Mason County, Texas. Here you see the existing rock literally bent into an “S” shape due to the extreme forces put upon it by the pegmatitic intrusion of the hot water that formed the white quartz rock around it. As this extremely hot and mineral rich water forced its way into the host rock it melted the host rock along the “contact zones” where the two met. This allowed even more diverse minerals to enter into the mix, which set the stage for gemstone formation. While the pegmatites of Mason County, Texas are measured in meters, the gemstone producing pegmatites of Brazil measure in kilometers. 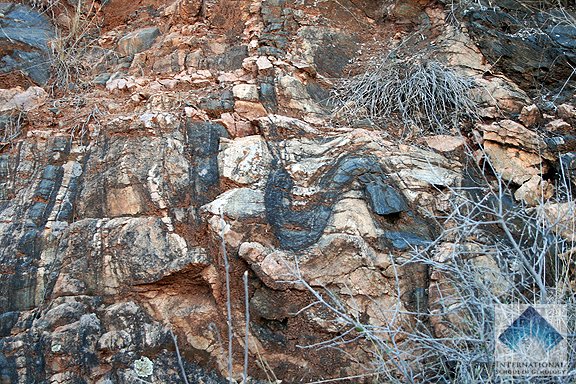 As shown in the image below, the white pegmatitic quartz slowly cools. As it does the minerals in the water start to form gemstones. Some are formed along the contact zones as shown by the black arrow at lower right. Others will form inside the hot water flow from elements in the mix as it cools. The result is a crystallization of these minerals that group together to form gemstone crystals. 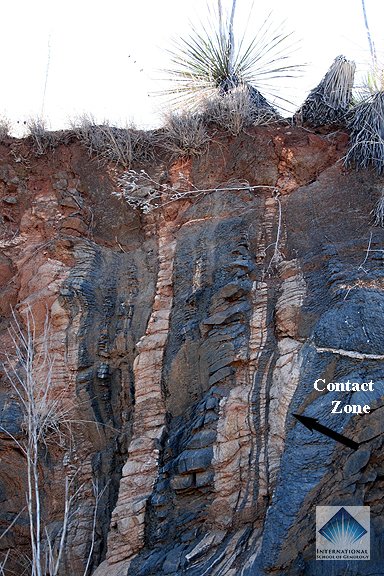 On the walls of the contact zones, one may encounter massive formations of quartz crystals. Based on the trace elements available in the mix, these quartz crystals may have a purple color as seen with the amethyst at right, or offer other colors as seen in yellow-orange citrine. 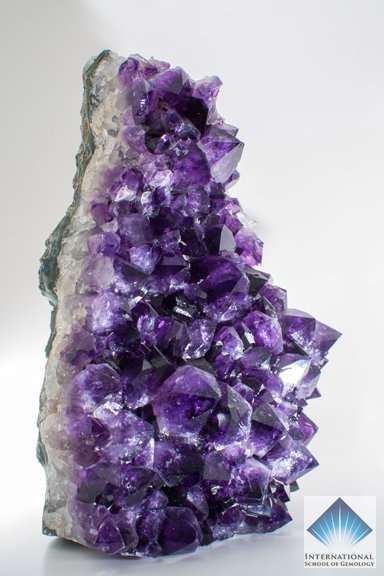 Forming in the solution of the hot water mix one may find gemstones such as topaz or tourmalines, as seen with this black schorl tourmaline seen at right, from the ISG Student Reference Collection. Mining these gemstone crystals takes great care as breakage of fine crystals is often a problem with the mining process of breaking up the pegmatite quartzite. 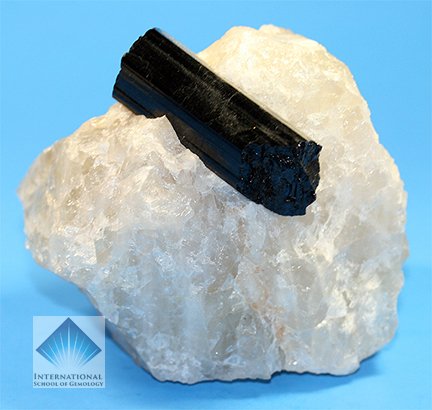 There is obviously a lot more geology involved than we are covering here, but most of that is outside the realm of gemology and quite honestly, above my pay grade to explain. However, having worked for years for Amsterdam Sauer of Sao Paulo, Brazil, who at the time was the largest mining company in Brazil, I learned the mechanics of pegmatite dikes and their importance in the gemstone producing world. I hope this overview helps you better understand how Brazil became the foremost producer of gemstones in the world today.