Straight from the Hartz: Let’s blame it on Blue Nile and Kay Jewelers? 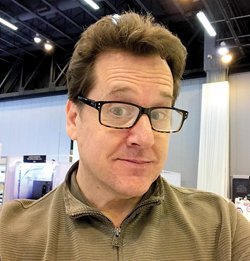 Steve HartzBenjamin Franklin once said: “When you’re finished changing, you’re finished.” Think about it. Renowned business management consultant, educator and author, Peter Drucker, taught us: “The greatest danger in times of turbulence is not the turbulence; it is to act with yesterday’s logic.” Wise words. In the jewelry industry, we are often guilty of blaming the internet, the big box stores – oh, and the recession as the reasons why we are failing – or worse yet, why we have failed.

The true answer may be that we failed because we did not adapt to the changing times.

What do Blockbuster Video, Kodak, Blackberry and Smith Corona Typewriter Company all have in common? They were all leaders in their industry – and all failed because they chose not to adapt.

If I were to ask you who the #1 video store in the country was back in the 1980s, 1990s and early 2000s, you would answer, “Blockbuster Video.” Also, what became of the top-selling film and camera company, Kodak? Didn’t we all have “Kodak moments”?

Everyone once knew the difference between a strawberry, blueberry, raspberry and Blackberry. When it came to Smartphones in the late 1990s and early-to-mid-2000s, there was only one leader – Blackberry. Where are they now?

Let’s take a closer look at just one of these extremely successful companies, Smith Corona. We can all agree that, by far, the number-one-selling typewriter in the world was Smith Corona. Nearly every home had a Smith Corona typewriter from the early 1900s all the way through the mid-1980s. They were such a successful company. Why did this #1-recognized brand fail? If only Smith Corona had the vision to change instead of resisting it, perhaps they too may have been able to open successful retail stores and compete for the nonstop and standing-room-only traffic that we see in every Apple Store today.

I encourage all jewelers as well as manufacturers and wholesalers in our industry to not make the same mistakes Smith Corona, Blockbuster, Kodak and Blackberry made. Instead, possess foresight and vision to become and remain a leader in the jewelry industry. Do not stay stuck with this “tunnel vision” frame of mind and continue on the path where your inability to change results in your demise.

Smith Corona was in business for more than 100 years. They were generating significant revenues all the way through the late 1980s. Yet, they refused to come to terms with the fact that the typewriter would be extinct in less than 10 years.

In November 1992, Smith Corona CEO, G. Lee Thompson was quoted in The Wall Street Transcript: “Many people believe that the typewriter and word-processor business is a buggy-whip industry, which is far from true. There is still a strong market for our products in the United States and the world.” He was then asked what new products and value-added services Smith Corona was going to launch. His reply, “Nothing right now.”

Let’s quit chastising Kay Jewelers and Blue Nile. We must not fear change. Instead, let’s have the vision to adapt. Remember, if you always do what you always did, you’ll always get what you always got. Don’t you want more?

Steve Hartz has been in the jewelry industry since 1982 when he was a sales associate for LeRoy’s Jewelers (one of the original Sterling Jewelers’ retail stores). He worked with the Sterling organization for many years at the headquarters and managed several retail stores. Currently he is the owner of SHR Precious Metals, a refining company he founded in 2008 that caters to independent jewelers and pawn shops. SHR is also recognized as a preferred authorized KEE gold tester distributor and offers 24/7 support for jewelers. Contact Steve at 407-413-3332 or shrefining.com.