The Amazing (and sometimes under-appreciated) Peridot

It is an amazing gemstone that is under appreciated and often incorrectly cast as a “semi-precious” gem. It is the birthstone of August. It is peridot. While most often relegated to mother’s rings or birthstone jewelry, peridot will deserve a place at the front of the showcase when its story is truly understood. 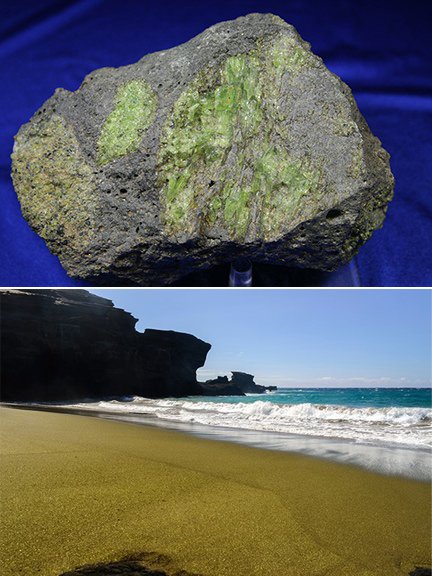 Peridot crystals form in magma chambers deep in the earth’s mantle and are brought to the surface in lava flows from volcanic activity, as found in the basaltic rock that forms the Hawaiian Islands. Sometimes these rocks contain massive amounts of peridot crystals that form interesting features on the island. One of the most interesting features of the Hawaiian Islands are the green beaches such as Papakolea Beach on the big island of Hawaii. Here the beach is green due to the massive amounts of tiny peridot crystals in the otherwise black basaltic sand, creating an intense dark green color that is a popular tourist attraction.

Peridot has more secrets to offer us. Magnetism. Peridot is one of only a handful of gemstones that has iron as a major constituent of its chemical formula. The iron in peridot is very magnetic. In fact, if you float a peridot on a small piece of Styrofoam in a bowl of water you can pull the stone around the surface with a small magnet. While magnetism has become a topic of major study of gem identification, only a handful offer the strength of magnetism that can be so easily demonstrated. 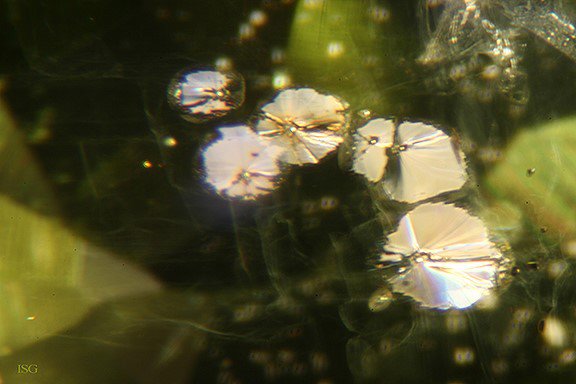 Looking deeper into a peridot we find even more unique features. For example, lilypad inclusions, named after the aquatic plants they resemble. These classic inclusion formations are due to included crystals that form rounded “lily pad” appearing halos due to stress. Lilypad inclusions are fairly unique to peridot and one of the identifying features of peridot. When seen up close they make beautiful photographs.

And of course, no story about peridot would be complete without the story of the pallasite meteorites. These strange metallic meteorites contain peridot from other worlds. Often referred to as “palladots” these crystals form in unknown locations around the universe and are brought to us by meteors falling to earth. Sometimes these pallasite meteorites contain massive amounts of these extraterrestrial peridots which are cut and faceted into finished gemstones. This can be a huge selling tool for any jewelry store who wants to offer their customers something totally unique and “out of this world!”

The terrestrial sources for peridot can be traced back thousands of years to the Egyptian kings who mined peridot from the Red Sea island of St. John for use in jewelry and ornaments. Other important sources include Pakistan, Minas Gerais, Brazil, and Mogok, Burma (Myanmar). Of particular note is the source on the San Carlos Apache Reservation in Arizona. While peridot crystals are most often found in smaller sizes the peridot of the San Carlos Reservation consistently produces crystals of 4 to 5 carats. Much larger have been reported in Burma and Pakistan but these are not common.

The identification of peridot is fairly easy for the most basically trained gemologist. There are no known treatments for peridot and to date the gemstone is not being created in a lab. The main identification feature (beyond the above-mentioned lily pad inclusions) is the extreme birefringence of peridot. With a refractive index range of 1.654 – 1.690 peridot has one of the largest birefringence factors in the gemstone world.

OK, in layman’s terms you can look through it with a 10x loupe and never be able to make the facet junctions in the back of the stone  focus into sharp lines. The facet junction lines will always appear doubled. Anyone who has ever looked at a peridot under a microscope knows you can never get a clear focus through the stone due to the birefringence. This also makes photography of inclusions in peridot difficult. However, this gemological property gives the peridot its classic soft appearance for which it is famous. It also makes for a very easy and diagnostic method to verify a peridot’s identity.

In the end, peridot is a far more amazing gemstone than most give it credit. History, properties, and formations make peridot an amazing birthstone. Do not overlook it.

Being the marketer of your business