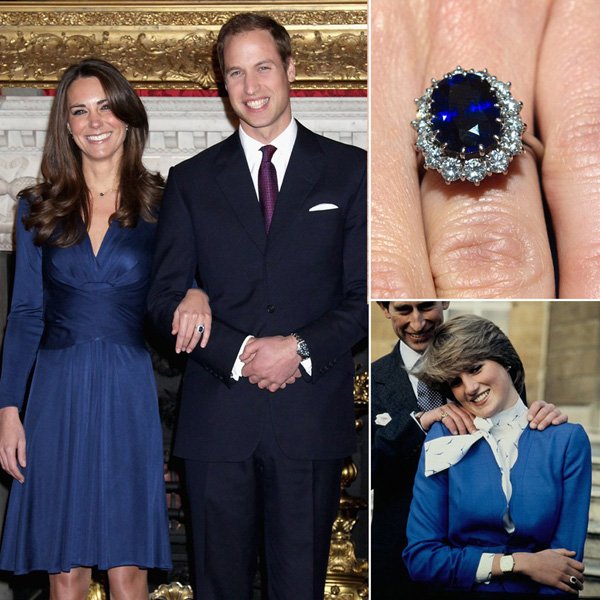 From morganite to sapphire, color is becoming more popular in today’s engagement rings. While this trend is relatively young for Western culture, it is beginning to find its place in the market. New styles and fashions are continuously brightened by the wide collection of color available. However, one classic, color gemstone ring set the wheels in motion for this current trend and remains popular today, the Princess Diana sapphire ring.

In 1981, Lady Diana Spencer chose a 12-carat Ceylon sapphire, surrounded by a cluster of 14 round brilliant diamonds, as her engagement ring. This ring was picked by her from the collection of Garrard of Mayfair, the then official crown jeweler and well renowned jeweler in London.

While a ring of extraordinary size, it was an unusual choice because anyone from the public, with the means to do so, could purchase it from the Garrard catalog for around $30,000. However, the ring was neither unique, nor specifically made for her which was uncommon for royalty. Later in 1997, the ring was valued at more than $250,000 due to its royal connections.

Princess Diana’s ring was often referred to as the “Commoner’s Sapphire,” a double entendre on her non-royal origin and ubiquity the ring displayed. However, it would kickstart a trend that would continue long after her untimely death in an automobile accident.

After her death, Prince William and Harry both chose mementos from her estate. William chose her yellow gold Cartier Tank Francaise watch and Harry, her engagement ring. Eventually, the two princes would exchange them as William used his mother’s ring for his engagement to Catherine Middleton. At the time of his engagement, William said, “It was my way of making sure my mother didn’t miss out on today.”

Valued today at more than $1 million, this popular ring is once again on the hand of royalty for the world to see. Fitting that the “People’s Princess” ring choice remains a popular style today, developing a more adored reputation as the “Commoner’s Sapphire.”