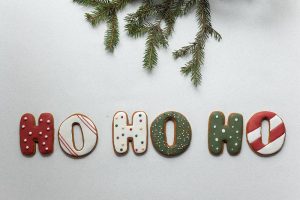 What in the world is going on in the world? And where the heck is that treadmill I ordered from overseas 6 months ago? This schoolgirl figure isn’t going to keep itself!

I’ve gotten to the point I don’t even turn on the TV when I get home, especially if I’m in a good mood. The television is worse now than social media. It’s like the networks are competing with Twitter, Facebook, and Instagram to see which one can make you more miserable. I just had to break the cycle.

Next month will be one year since I’ve posted anything on my Facebook or Instagram pages. I was never a Twitter guy, but if I had been, next month would have been a year break from that one as well. Trust me – there is life after social media.

Instead of relying on what I refer to as ‘electronic information’ (things that are only available due to the invention of electricity – like TV, internet, radio, etc.), I choose to make decisions about what is happening in my little corner of the world by observing it with my own beer goggles. Case in point; at the grocery store I frequent, they were out of heavy whipping cream. Could this be due to the nationwide shipping bottleneck I learned about electronically? How in the heck am I supposed to make coconut custard pies for Thanksgiving (my pies are to die for, BTW) if I can’t buy heavy whipping cream? It was simple. I just went to another store, and there it was, right there in the dairy isle. Case closed, problem solved, and pies made.

For the last couple of months or so, it’s been all doom and gloom about Christmas being ruined due to a shipping backlog somewhere off of the west coast. If your Christmas is going to be ruined because of that, then you’ve forgotten what the real meaning of Christmas is all about – selling that dead inventory you’ve had for way too long. This is the perfect year to move it, at full price, to some desperate soul whose real Christmas gift is still in a shipping container, which is still on a boat, which is still somewhere off the west coast. See, it’s a Christmas miracle!

At the end of every Christmas season, we all have ‘holes’ in our inventory, but very few retailers actually run out of inventory. This might be the year we all get to change that! We can always dig a little deeper into the black hole, aka the back of your vault, and find something for everyone. Stop letting electronic information ruin your Christmas spirit. Let your crazy relatives ruin it in person instead.

Now, let’s talk about those heroes back there in the shop that make this whole season come together. Go back and have a discussion about what they want out of this season. Yes, you read that right. Let them have a say. Some of us old-timers don’t want to work 70 hours a week. Some of the young guns, when confronted with a 70 hour work week, will say; “Oh yeah, that reminds me of my first part-time job.”

As a long-standing policy, I don’t promise anything that is not a Christmas present between Thanksgiving and Christmas. Some of you will say that’s crazy talk, but hear me out. During the Christmas season, our traffic counts are higher than normal, which is a good thing. A lot of these people have been carrying something around in their purse, since the summer that they’ve been meaning to drop off for repair, but just didn’t have time. Suddenly, here they are, in your store, with the time, so they drop it off. This is where you need to abandon your normal repair policy.

Every store has their own system whereby you take in items for service, and when those items will be ready for pickup. Between Thanksgiving and Christmas, that pickup date is the last week of January. What? Why would anyone do that? Because of good planning, that’s why.

Contrary to popular belief, being a bench jeweler is not a walk-in-the-park job. Being a bench jeweler is a very stressful, mentally taxing job, for several reasons. One: the job requires immense concentration. Two: bench jewelers are usually working on something incredibly expensive that commands their undivided attention. And three: they have to deal with those pesky, front-of-the-house folks that like to talk to people.

A jewelry shop, at most times, is a chaotic place. Lots of expensive items moving from one place to another, and then back again. During the Christmas season, it’s 10x more chaotic. Why add to the chaos by promising 356 repairs to the mix that won’t be picked up until well after the holidays. If they’ve carried it around for 6 months before dropping it off anyway, they’re not going to be in a hurry to pick it up during the rush of the season.

A bench jeweler can only do so much work in an hour. They can either spend several hours doing a bunch of $35 repairs, or they can spend that time modifying one of those old ½ carat mountings you dug out of your safe (that you bought at $350 gold) to hold the 1.25 carat diamond someone just bought from you as a Christmas gift. They can’t do both, so why drop both on their desks?

During the Christmas season, you want your shop personnel to be sharp as a tack and not stressed and burned out, making mistakes. Mistakes in this business are expensive, and mistakes made from being burned out this time of the year are avoidable. I make every attempt to avoid them, and I encourage everyone else to do the same.

With that being said, start digging through all that old stuff in your safe and get ready to sell it to someone who’s other present is still in a shipping container, on a boat, somewhere off the west coast.

And, for the person who has everything, I know what they don’t have; a copy of my book ‘It’s Supposed to be Funny’, now a two volume set. These books are a collection of all of my columns through the years. You can find them at www.Lulu.com. Just put my name in the search box and order away.

Merry Christmas, Happy New Year, Happy Hanukkah, and happy anything else you’d like to celebrate, and I’ll see everyone on the other side.