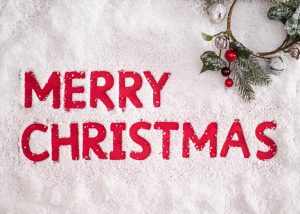 Here we are, heading into the Christmas season once again. Are you ready? Are your cases stocked up? Are your supply cabinets stocked and ready? Oh, you neither?

Using the way-back machine, I can only personally go back 43 years in this business. From what I’ve been told by the old-timers though, there weren’t very many changes from the beginning-of-time up until 43 years ago, so you didn’t miss much. All the real changes started exactly 43 Christmas seasons ago, and I was right there, on the front lines, to see it all firsthand.

In the beginning, there were only two ways to shop for products; either in-store, or by ordering from the Sears or JCPenney catalog. Did you know that Sears used to sell houses? You could actually order a house, and Sears would ship it to you and have it assembled on your lot. There was one in a neighborhood that I lived in for years. It was a really nice house. Look up ‘Sears Houses’ online and you’ll see they offered a bunch of houses.

Back then, most people would make their Christmas purchases by actually walking into retail establishments. It was in these stores that you could touch, feel, hold, smell, and admire the object you wanted to purchase, before you purchased it. We also used to have signs posted that said; “You break it, You bought it”.

While in these ancient retail establishments, there were people that worked there that would actually help you with your purchasing decision. Should you get this one for $10, or this one for $20? These magical and knowledgeable people were known as sales clerks. These people actually knew the difference between the two products listed above and would explain it to you in detail. Then, when you made your decision, they would walk with you to this thing called a cash register where they would carefully wrap your purchases and ‘ring’ you up for the sale. After which, you would then hand over some good ole US American currency. Then, without using a calculator, they would hand you back your change – in US currency. It was a thing of beauty to behold.

Nowadays, people are lucky if they don’t drip BBQ sauce on their shirt making a purchase on their phone while eating chicken wings.

In the beginning, Christmas season in the retail world lasted from the day after Thanksgiving until midnight on Christmas Eve. During this period, you learned to qualify the ‘men’ that only came in your store once a year on average. You needed to find out if they were there to shop or to buy. The difference between the two customers was three stores.

The first store they visited, they were only there to shop. The second store, it could go either way. But in reality, you always wanted to be their third stop. Why? Because no man is going to shop at any more than three stores before he says, “I’ll take that one.” If your customer said that you were the first store that he’d been to, you may as well go back to the liver and onions you were having for lunch (chicken wings hadn’t been invented yet), because you had no shot at this sale.

Now, if he tells you that you’re the second store he’s been to, you’ve got about a 49 – 51 shot at a sale. I’d set my liver and onions aside for those odds.

If though, you find out that you’re the 3rd store he’s been to, don’t worry about your lunch. You can buy a better one in about 6 – 8 minutes, because that’s all the ‘shopping’ most men had in them – back in the day. The Christmas season lasted so long back then because it took time to sneak away from your wife or girlfriend and drive all over town to find just the right gift. As long as the perfect gift could be found in store number 2 or 3. You could always gauge what kind of Christmas season you were going to have by the amount of traffic that came in during the early part of December.

Nowadays, on the 22nd or 23rd, a bunch of guys will just walk in your store, talking to someone on an in-ear Bluetooth, completely ignoring you. Then they’ll say something like; “Grunt, grunt, saw this online, grunt, grunt,” while showing something from your website on their phone while handing you a credit card. Then, they’ll go back to whoever they were talking to while you insert the chip card into your Bluetooth card reader, and hand them their purchase without so much as saying a word. Then, they’ll give you a little wave and leave.

It’s the exact same 6 – 8 minute buying interaction as before, just not quite as fun.

In the beginning; Men would show up in early December with a folder full of clippings that their better halves had been cutting out of magazines all year long. You’d take a look and say, “Oh, we have the French Horn pendants right over here.” Then, while they were deciding on the perfect sized French Horn and chain, the sales clerk would say, “How about a beautiful 14K nugget bracelet to go with it? They’re really hot this year.”

Nowadays, they just walk in, show you some screenshots from Pinterest, and you’ll say, “Oh, we have the rose gold, micro-pavé halo rings right over here. Would you like to purchase a rubber wedding band for yourself today?”

And, if they’re lucky, the 150 stone micro-pavé ring will have at least 142 of the stones still in it a week later.

Everybody saddle up, it’s right around the corner. Good luck on your Christmas season this year.