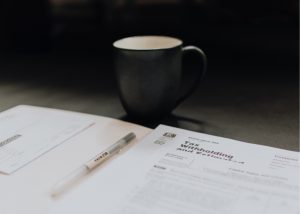 I’m struggling with something that I thought I’d just throw out there and see what everyone else’s opinion is on the matter. This is regarding the stimulus programs that were thrown together, and rolled out to business owners a year ago this month.

As I recall, there were two options that we could apply for; The Paycheck Protection Program (PPP), and the Economic Impact Disaster Loan (EIDL). A year later, here’s what we know about the two; one was a grant, and one was a loan. Here’s what else we know about them now; no one, including those who wrote the legislation, knew anything about them when they were passed by Congress in 2020. Let’s go back a year and remember what was happening at the time.

It was 52 weeks ago that the government said to close down my business. They also said to stay home, except to go to the grocery store, the drug store or the doctor. All other travel was banned, unless you worked at Walmart, then get your butt to work. But, here’s when my dilemma started.

I don’t keep any relevant paperwork about my business at home. And, since I had just moved my business two months before, and my home a month after that, I didn’t know where anything was, much less all of the documents needed to fill out the paperwork for the stimulus funds. So I did what most every other business owner on the planet did; I defied the stay-at-home orders and went to work and began the arduous task of filling out the paperwork for the PPP and the EIDL. That’s when the trouble started for a lot of us.

Because these programs were rolled out so fast, they were highly flawed. Their websites, which were rolled out equally as fast, were even more flawed. I remember getting all the way through the application process, more than once, and hitting the ‘submit’ button, only to get a blank screen, then finding out that it had deleted everything I’d just spent the last 6 hours inputting. Good thing I didn’t have anything else to do the rest of that day – or the next. So I filled it all out again, and again the next day, and again the day after that. All while having absolutely no idea what I was doing. Apparently, no one else did either because the 1-800-Customer Service line was about as helpful as the Comcast customer service line.

Now remember, during this period of time, the media kept relentlessly telling us that the fund was going to run out of money, any second now, and we needed to hurry up and get the applications in before the money ran out. So we did, or at least we tried. Then, finally, I hit the jackpot, or so I thought.

At some point, I hit the ‘submit’ button and it said I’d already submitted an application that had been accepted, and asked if I wanted to delete that application and submit this new one instead. I wasn’t crazy enough to hit any more ‘buttons’ on that website, so I just backed away from my computer and let bygones be bygones. I had no idea which of the 100 or so attempts actually went through, but a couple of weeks later, I got an email saying my application was being processed and to be on the lookout for updates. Woo Hoo!

When all was said and done, the SBA sent me a nice check for the EIDL, along with a repayment schedule for the loan. THE LOAN? I thought I applied for the other one that was a grant. Well, in all honesty, I applied for anything and everything that would let me input data into it. But here’s the kicker; you had to spend both of them on basically the same things. The only difference was one was free money and the other one wasn’t. I wanted the free one, not the one I got!

Since then, I’ve gotten 5 or 6 other Cares Act grants that I don’t have to repay. All of the money we’ve all received came out of that same pile of government stimulus money, so why do we have to pay one back, but not the other 6? I made sure that I carefully documented how I spent my EIDL loan/grant. I did that so when it came time to take action and figure out my next move, I’d have all of my ducks in a row. Well, it’s time to make that next move, but I’ve yet to figure out what that next move should be. That’s why I’m asking everyone out there, across America, in the same boat as me; what is our next move?

I treated my EIDL just like I would have if I’d gotten the PPP, which is forgivable if you spent it only on very specific items. I did that. Why are some of us (that applied for everything) being forced to repay the money because the government gave us the EIDL over the PPP? What are our options? Who do we call, or write, to complain?

Now this would be completely different if I was complaining that I got an FHA instead of a VA Loan while buying a house. Those programs have been in place for decades, and every professional in the industry knows the ins and outs of each of them. There were no professionals in the EIDL/PPP programs last year. We were all on our own, and probably got randomly selected for one program over the other by a computer, but who knows?

But now, it’s getting time to start paying the piper, and I don’t want to pay the piper. I didn’t shut my business down on my own accord, neither did any of you. We closed our businesses because we were ordered to close by the government. And I don’t feel one bit guilty about taking money from the very entity that forced me to close. That money was meant to compensate us for the lost revenues that occurred during those closures and capacity restrictions. So what’s next? That’s the million dollar question. Who do we bug the crap out of until they make the EIDL a grant, and not a loan?

So now, let’s add a new layer of confusion to the mix. A few weeks ago, while I was contemplating writing about this, I got a notice that a new round of PPP was just made available. This go-around, they basically combined the EIDL and PPP into one program, expanding what the money could be used for in order for it to become a forgivable grant.

Then, while actually writing this, the government deposited a tasty sum of PPP money into my bank account. Later that same day, I got an email from the SBA saying that I now qualify for more EIDL money. I just needed to respond to the email to start the process. And, the repayment of the EIDL, which was supposed to start next month, has been moved to June of 2022. So basically, everything I’ve just spent the last week writing and researching is now null and void.

It ain’t easy being me!

It’s time for a change

The Color of the Moment: Grey Spinels are on the rise

What if you could live to 150? How would you change your life?