The Retailer’s Perspective: What’s new in 2022 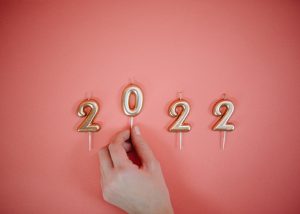 Oh how I long for the days when I didn’t HAVE to learn something new every single day. Now I’m not against more knowledge and growing my mind, but I’d just like a little bit of a break from the last decade of having to learn 2,022 new things a week just to survive in the current business climate. But, you and I are not that lucky because here are few things that are new in 2022 – just for you.

Does that amount include tax? Or is that pre-tax reporting requirements? I don’t know where this insane proposal is in the current legislative schedule, but once the cat’s out of the bag, there’s no stuffing it back in. I’ve had a few customers inquire about breaking up their payment into multiple transactions that were all less than $600 to avoid the scrutiny of the IRS. And, to be clear, none of those requests had to do with hiding the transactions from the IRS. It had to do with hiding the transactions from their spouses.

None of these people wanted a letter from the IRS showing up at their house asking about a transaction for a diamond watch their spouse hasn’t even seen yet. Hell, the reason they haven’t seen it yet is because their 40th anniversary is still 4 months away and the watch is still in my vault for safekeeping, even though it’s been fully paid for, $510 at a time.

Will this ridiculous proposal actually become law? I have no idea. But, like I said, once the cat’s out of the bag.

This seems to be the hot potato topic of the appraisal world at the moment. Let me explain the dilemma. For around 3-4 decades, gold sat at around $400 an ounce. If you appraised a heavy gold chain for $1,500, that price held strong for decades. Then 2007/2008 happened and gold shot up to $2,000 an ounce. Suddenly, the appraised price of $1,500 was now woefully out of date.

Back then, we all asked the question of what was going to happen when gold went back to $400. Well sadly, that hasn’t happened yet. But now, the same question is being asked regarding synthetic diamonds. The question is this: “How do we account for the price drastically dropping in the future?” I have no idea. I’m going to let someone else figure that one out.

These platforms are all on their last legs, whether you like it or not. Regardless of how much you might like them, they probably won’t be around another 2-3 years in any meaningful capacity. Personally though, I think at least one of them will fail in 2022. That being said, which one are you willing to invest your hard earned marketing dollars in now?

Let me tell you a heartwarming story about my decision to ‘monetize’ my YouTube account. I didn’t even try! I made the decision I wasn’t getting into bed with a loser, and I’ve got lots of videos on YouTube, several with over 100K views.

In order to monetize my account, I had to jump through some hoops and spend a little money to reach some milestones required by YouTube in order for them to start paying me for my content. Then I started researching all of the people that had put all their eggs in the YouTube basket, some making $100K a month, getting de-platformed overnight – with no explanation other than the standard, ‘You violated our terms of service’.

Think about this logically. YouTube does not create any content. All of the content on YouTube is made by other people that YouTube earns money from. If you’re popular enough, YouTube will start paying you to post your content on their platform to keep the money rolling into the YouTube coffers. But what happens if you then start running-off, de-platforming, and deleting your biggest money makers? What does the future of your business model look like now? Pretty dismal if you ask me. That being said, I said no to YouTube, and yes to Rumble.

Mark Zuckerberg and Facebook shut me down for providing the most accurate vaccine timeline information on their platform in 2020. And, they did it while I had an ad running, rendering me unable to respond to customers that inquired about my services. Unbelievable! I had a good 10 year run with Facebook, but I don’t think they’ll be around another 10, so why would I put any of my hard earned marketing dollars in a failing enterprise? I won’t. And, for the record, Mark Zuckerberg has never apologized for shutting me down for ‘Covid Misinformation’ because I reported that the first vaccine should be ‘needles in shoulders’ on or about December 13, 2020’. Anyone wanna guess what date the first vaccine was administered?

So, with these platforms gasping for breath and credibility, what is on the horizon that you need to start paying attention to?

All three of these are the new versions of Facebook and Twitter, without the threat of de-platforming because you have an opinion a fact-checker doesn’t agree with. All three of these platforms are gaining the customers that Facebook and Twitter continue to suspend and delete. You didn’t really think that once Zuckerberg or Dorsey deletes an account that those people just dropped off of the social media scene altogether did you? No, they don’t go away, they just went somewhere else. And the above three places are where the customers you’re trying to reach are now going.

Like anything new, there’s a learning curve, but I’ve been on the above three platforms for the last year since I gave up on Facebook, and I like them all for different reasons.

Gettr is a new platform that I just don’t know anything about. I just joined Gettr to be able to let everyone know its good points and bad points in the near future. Twitter’s loss is Gettr’s gain. But, just like losing a customer at your store (it happens), those customers don’t stop spending money on the goods and services you provide. Those customers start spending those same dollars with a competitor. Social media is no different. You need to pay attention to what’s on the horizon.

Rumble is exploding onto the video sharing and hosting scene. Rumble’s gains are far outpacing YouTube’s losses. That is one of the reasons I’m going with Rumble in the future instead of YouTube. I’m going with a platform on its way up, not one on the way down.

When Twitter and Facebook suspended the sitting President of the United States, he didn’t take it lying down. He built his own, Truth Social. Regardless of your politics, Truth Social is launching on the 21st of this month. Like it or not, here he comes, and you’d better take it seriously as business owners and managers.

The reason I grouped Rumble and Truth Social together is because of their recently announced partnership which is about to go public. Just ‘Duck Duck Go’ Truth Social/Rumble partnership and see what’s about to go down – other than Facebook and Twitter! And yes, you read that correctly. I don’t use Google anymore either, I use Duck Duck Go.

Valentines – together or 100 miles apart

And, since it’s the month of love, I think one of the most important decisions we all need to make this month is how far apart you’d like to be from your significant other this Valentine’s Day. After the last two years, is 100 miles really far enough?

Stay safe everyone and just keep doing what you’ve been doing to get this far.