The Retailer’s Perspective:
Things we are all dealing with 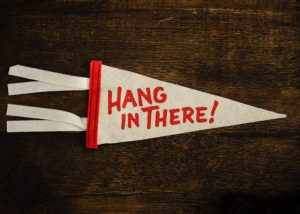 As I talk to retailers all across the country, there are several topics that come up repeatedly. As I was contemplating what to write about this month, I decided to cover a few of these recurring topics. I mainly decided to do it because I think it’s important for you to know that you’re not the only one out there struggling in these crazy times.

One of the things I’ve heard the most throughout my years as a columnist is that my readers feel like I’m right there in their store with them. I’m writing about the exact same issues that they are dealing with day to day. Well, during a pandemic, I want you to know that I’m right there with you as well. So here are a few of the most common topics I’m hearing about.

All COVID, All the Time

Let’s face it; you just can’t escape it right now. It’s kind of the biggest story at the moment. It’s almost impossible to figure out how to plan for the future during these tumultuous times. Do you open or do you close? Normal hours or limited hours? Normal capacity or limited capacity? Trust me; you’re not alone if you’re having trouble navigating these waters. It’s a mess for all of us.

Let me fill you in on a little secret; the people making the rules don’t know what they’re doing! Most of the people imposing these rules on you are doing it out of emotion or political pressure. In the world of disaster response (which I’ve been involved in for almost 20 years), there is a system called NIMS. NIMS stands for National Incident Management System. NIMS was rolled out nationwide after 9-11 due to massive communication issues during the rescue and recovery efforts following the terrorist attacks.

Prior to 9-11, all emergency response agencies that received federal dollars had to be in compliance with what was known as ICS; Incident Command System. ICS and NIMS are written protocols and procedures for responding to a disaster. These plans are drawn up and developed over the course of years. The difference between the two was ICS was developed and implemented by the individual departments and agencies. The ICS plan in Yakima, Washington has no relevance to the ICS plan in Yuma, Arizona. There were so many agencies responding to the 9-11 attacks that we discovered that we needed a comprehensive national system to operate within. Now, every disaster responder has to be NIMS certified. NIMS is the gold standard around the world now.

Most governors, mayors, and elected officials have never even heard of NIMS. They are not following ‘the plan’. They are literally making it up as they go. How can they get away with this, you ask? In my city, all members of my team are NIMS certified, but our mayor is not, but he is the boss. And if the boss doesn’t want to listen to you and just decides to make up his own rules as he goes along, there is no one that can stop him. This is the reason you can’t figure out what is happening! Because they are literally making it up as they go. I hope this helps explain why this whole thing is so unexplainable.

That’s a big one right now. You can be shown a picture of a bright blue sky, and later see coverage of that beautiful sight on the evening news. Some of the networks will say it’s really yellow. Some will say it’s green. Half will say the sky has actually fallen. And, unless hell has actually frozen over, not a single one of them will say that the sky was blue. I don’t understand this any more than you do. It’s a very confusing landscape to try and navigate. If you dig deep enough, you can find a few nuggets of truth in the coverage, but you have to dig really deep. I’ll just be glad when this whole weird situation comes to an end. Till then, don’t believe it just because you saw it on TV. Only believe it if you read it in an actual printed newspaper.  You know, like this one!

Labor Shortages and the Push for a $15 Minimum Wage

Let me start with the minimum wage debate. If the job you have available averages $15 an hour, then it’s a no-brainer. But not all jobs out there are designed for an employee who is the sole wage earner, feeding a family of four. Some jobs are just part-time or after school jobs. Some jobs are just for people to make a little extra spending cash while their kids are in school. Some jobs are just to fill in some support roles during the lunch rush.

There are lots of jobs out there that aren’t full-time positions that require a high level of productivity from the employee. Some jobs are just not $15 an hour jobs. If I’m going to be told that I have to pay $15 an hour for a $9 an hour part-time job, I just won’t fill that position. The only person that gets hurt is the person that wants to just work a few hours a day. Some jobs are for the person that wants to have a little fun and socialize with people outside of their core family group. The fact that they can make some fun money in the process is a bonus.

And, as business owners, we can’t just print money to pay our employees. And we damned sure can’t print money and pay our employees to just stay home. But our biggest competitor sure can! Uncle Sam has never been good at running anything. Why would we suddenly think he is going to be good at telling us how to run our businesses and how much we have to pay someone? Uncle Sam has sucked at running the government long enough that I’m not going to take any business advice from him.

Now, if Uncle Sam decided to deliver a money printing press to me, and tells me I can print as much as I want, I’m not stopping at $15 an hour. I’m paying everyone $175,000 a year to sit around and do nothing – just like congress!

You got me. I don’t know what that’s all about other than to say there must be a lot of competition in that field because I get about 100 emails a day telling me they can make me a star on the internet. Now if someone emails me that they can make all of the SEO emails go away forever, then we might be able to make a deal.

Stay strong and don’t worry too much. We’ll eventually all return to normal and I can start writing about funny stuff again. Till then, stay safe out there.

*******************
And, for my bench jeweler peeps out there: Who’s going to join me in Nashville, Tennessee October 15-16 for the third annual Bench Jewelers Laser & Technology Conference? It’s going to be a fun event. For more information, visit benchjewelersconference.com, call or text 615-423-7214, or email Scott.e.isaacs@gmail.com.