The rise of Ethiopian opal 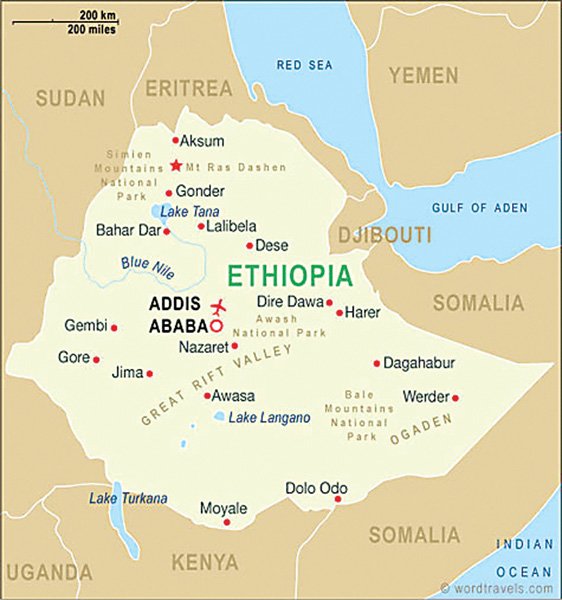 In the early 1990s, a new opal deposit was discovered in Africa. This new material, found in Ethiopia, had a yellow to brown base color and was fairly unstable. However, in 2008 a new deposit was found in northern Ethiopia producing white-base to semi-crystal, high-grade material. This new discovery gave an alternative to the well-known Australian opal on the open market. Being sold at competitive and affordable pricing, consumers now had a new choice in opal.

Throughout history, opal is revered as one of the most exquisite gems the earth produces. Pliny the Elder, the famous Greek naturalist, described opal as “containing the glories of the most precious gems” due to its range and variance of color. Opal is the birthstone of October and has found its way into several different crown jewels and royal jewelry.

As previously mentioned, when opal was originally discovered in Ethiopia in the early ‘90s, it was found in the more central region known as Mezezo. Even though this material lacked the high color and quality of Australian opal, simply finding opal in Africa was a significant discovery. Almost a decade later, gem-quality material was found in the Wollo Province (Rondeau, Gems & Gemology 2010), approximately 120 miles north of Mezezo. This higher quality opal deposit opened the door to new and affordable precious material.

Ethiopian opals have a distinct appearance. Ranging from a yellow-brown base to a crystal base, they are renowned for their intense flashes of red and green. Many customers say their appearance is similar to glass because of its smooth nature and extreme brilliance.

Being more porous than Australian opal, Ethiopian opals absorb more water. When immersed in water, depending on the length of time and thickness of the sample, they can completely lose their color and become clear. This phenomenon is known as hydrophane. However, once removed and allowed to dry this phenomenon was fully reversible (Rondeau, G&G 2010).

Opal is formed when silica gel fills the crevices of rocks. Since it is a silica based mineral, opal can contain up to 20 percent water. Once the water evaporates, the silica is deposited in spherical form in between the layers of rocks. These deposits are then mined in chunks of opal and host rock. After mining, they are polished into the beautiful gems that make them famous.

Mining opal in Ethiopia can be hazardous and quite dangerous. Since opal deposits are found in crevices of rocks and cliffs, the majority of material is found on a plateau at an altitude over 10,000 feet. Workers are provided simple tools, such as hammers, shovels, and picks by the Ethiopian government. However, digging is not supported by timbers so over-worked areas become vulnerable to collapsing rock (Rondeau, G&G 2010).

Due to the geopolitical nature of the region, time will tell how rapidly the Ethiopian opal market expands. Being relatively new on the market, price and value are climbing every year, but are still very affordable in comparison to Australian opal. Small calibrated sizes, as well as bigger pieces with gorgeous color, are readily available and make exquisite custom pieces. For customers looking to buy that beautiful opal they’ve always wanted, Ethiopian opal provides another option on the market.