The Story Behind the Stone: Blue Wonderful

The whole wonder of gemstones lies in their beauty, rarity and hopefully a good story. More often than not, rarity and beauty equals a hefty price tag. When it doesn’t, jewelers have a wonderful opportunity.

Larimar is a stone that fits the bill for all those bullet points. The back story when you really dig deep is extraordinary. This opaque sky blue stone is a pectolite; an interesting mineral that crystallizes in a triclinic system resulting in alluring patterns when cut en cabochon or in slabs. Think of a solidified mass of bubbles – that is the pectolite rough crystal configuration. Generally, pectolite can be found in many geological sites, but with regards to Larimar, you have to head to the Caribbean; the Dominican Republic to be precise.

This inviting pale blue stone brings to mind the region of its origin. Although it’s gained a global fan base in the past couple of decades, its discovery harkens to a century earlier. Local records in the Dominican Republic indicate that in 1916 Father Miquel Domingo Fuertes Loren sought permission to explore a mine hosting a certain blue rock he had discovered. His request was rejected. And it wasn’t until the mid-1970s that this pretty stone found interest again via a couple of Peace Corps volunteers who came upon the rough on a beach there. Locals believed this stone actually came from the sea since the first samples they came upon were alluvial (from water bearing sources). 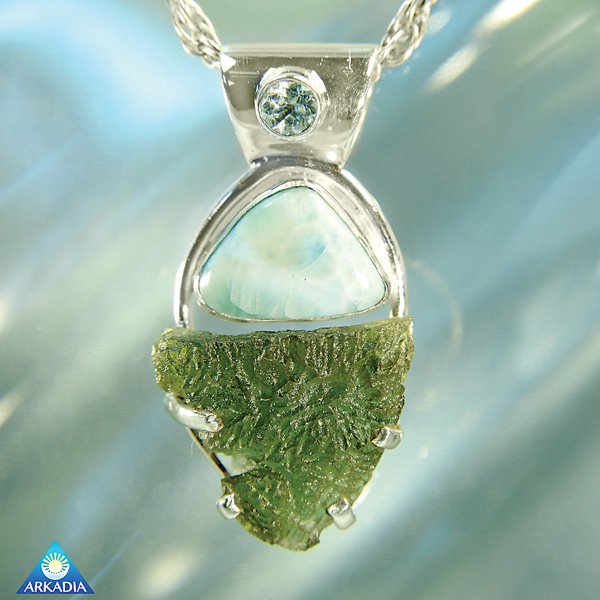 Good thing that these young peace loving volunteers pursued this stone. Jewelry fans, especially cruisers usually seek out souvenirs typical of their vacation destinations. Larimar jewelry makes a beautiful memory of holidays in the Caribbean where the crystal blue seas mirror the delicate hue of Larimar. Throughout the islands and especially in the Dominican Republic, Larimar jewelry set in silver and occasionally gold for the best specimens is offered as a local specialty. And it is. You can buy it elsewhere but its source is still in the DR as vacationers call the island nation.

Now that public awareness of the stone is pervasive, the industry has created a quality grading system to communicate the various levels of desirability of this attractive treat. Coloration and mineral configuration of the stones drives its quality. The more intense blues, and those with greater contrast in the markings are most coveted. There are more colors in this pectolite variety than one may think. But as with all natural materials, different trace elements in the stone’s formation can result in greenish tinted Larimar. Some of the material is produced with red spots, brown swaths etc., which may be the result of oxidation. 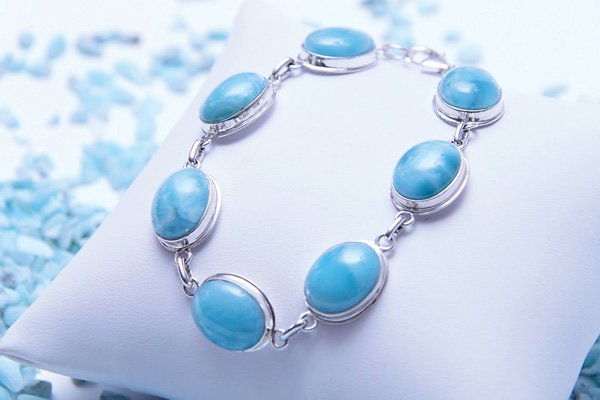 Keep in mind, that like some other stones, (Kunzite is one such light-sensitive jewel) Larimar may exhibit a risk of fading when exposed to too much light or excessive heat. That’s a good thing for bench jewelers to remember when setting this stone.

With several wholesale sources, both in the Caribbean and stateside offering Larimar, designers have the potential to design imaginative jewelry that collectors will build an entire wardrobe with – while still allowing for a good profit margin – now that’s wonderful. 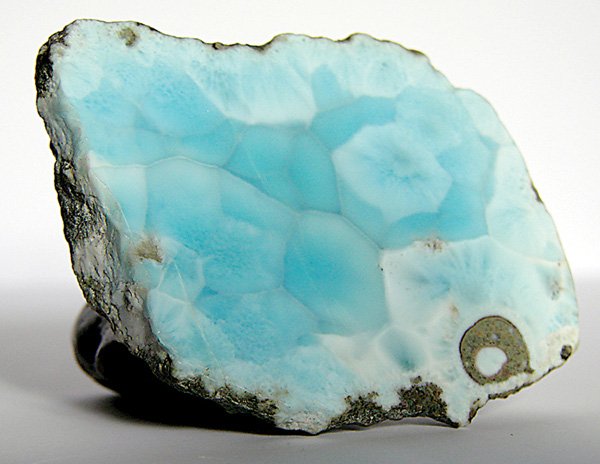