The Story Behind the Stone: By George! 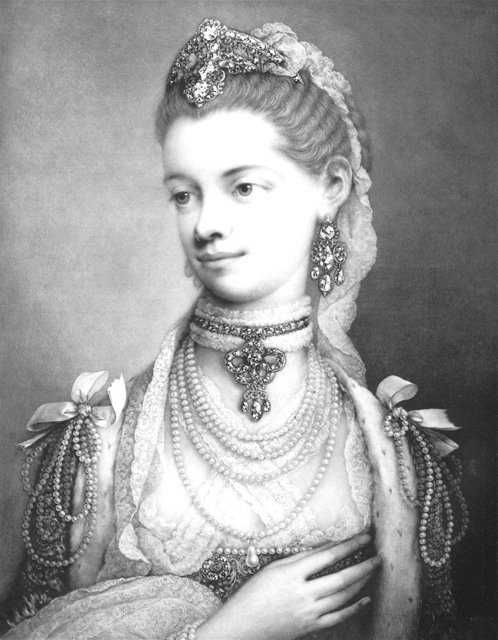 King George III’s bride Charlotte of Mecklenburg-Strelitz shown with her jewelry suite.Jewelry lovers adore period or antique jewelry. Besides its often-storied provenance, vintage jewelry bears some important traits that all serious collectors covet; fine workmanship and originality. Today’s mass manufacture does not provide these quality characteristics, and jewelry fans can readily see that.

Period jewelry from specific eras are often collected as a set once people learn more about the time period in which it was made. One of the most popular antique jewelry styles is from the Victorian era. The name refers to Queen Victoria who ruled the British empire from 1837 until her death in 1901. This highly romanticized styling reflects the Queen herself.

However, Victorian jewelry motifs took a radical turn upon the sudden death of her beloved husband Albert in 1861. She went into a period of mourning from which she never recovered. So, her jewelry reflected this sorrow. All Victorian jewelry from 1861 onward was heavy, dark (like Bohemian garnets) and even black.

But there’s a longer jewelry period that didn’t reflect the tastes of just one royal person. This is the Georgian era jewelry. This era is defined as the period between 1714 and 1837 – and it was known for its opulent and regal flair. The Georgian era was named for British kings George I, II, III, IV and William IV.

Special techniques were employed in making these one-of-a-kind artworks that are often seen in original Georgian jewelry. Foil backed gemstones, which seem like a quirky addition to modern jewelry were used in an effort to add pizzazz to gemstones and make them sparkle better in candlelight at night – which was the only type of illumination at the time.

Repoussé which involved hammering out raised effects on metal to create intricate designs was also popularized during this time. Cannetille, was a name for a metalworking technique in the mid-Georgian period; so delicate and intricate it replicates embroidery. 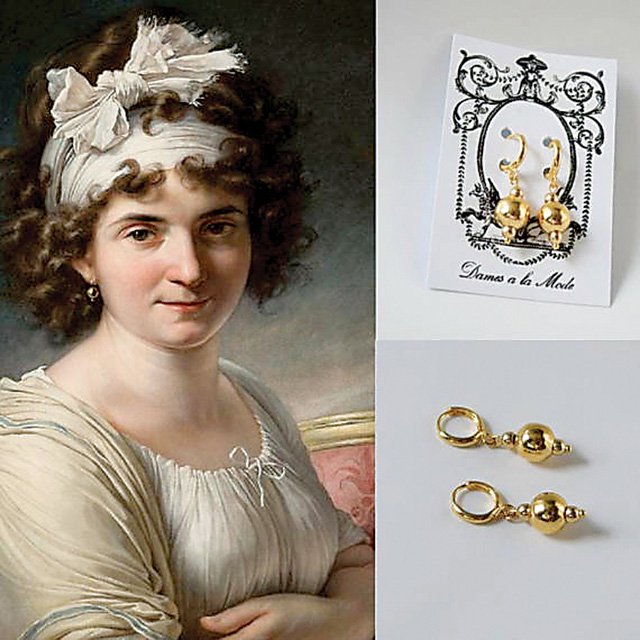 There were so many expressions of artistry during this era – as you can imagine, since the period spanned over a century all told. World wars and political and social upheaval in Europe and abroad meant that most of these precious pieces did not survive to the 20th century. But that doesn’t mean that it lacks its ardent fans.

Modern crafts-people rely on portraits and various forms of early artwork from that period to study the jewelry styles and faithfully reproduce them for today’s market.  Antique jewelers occasionally come across original Georgian jewelry and usually have collectors standing by to snap up the best pieces. One trait that is consistently found with this period’s jewelry is its solid workmanship – that is how it survived to be admired today. Hand-fabricated pieces of Georgian jewelry are rare and costly – but they are certainly worth the hunt.