The Story Behind the Stone – Cameo appearance

OK. Let’s make a quick word connection – think cameo. ‘Grandma’ is your answer? Try again. The ancient art of cameo making, old as it is, has undergone a sensational makeover in recent years. And jewelers at every price point are serving up sumptuously carved treats to their insatiable clientele.

The ancient skill of cameo carving has roots steeped in prehistory. After all, early Neanderthals were caught putting graffiti on the walls of caves at Lascaux, France. Man has been fascinated with carving onto or into stones ever since. By 900 BC the Etruscans took the lead in making splendid carved gemstones set in intricate gold mountings that still leave contemporary jewelers scratching their heads. 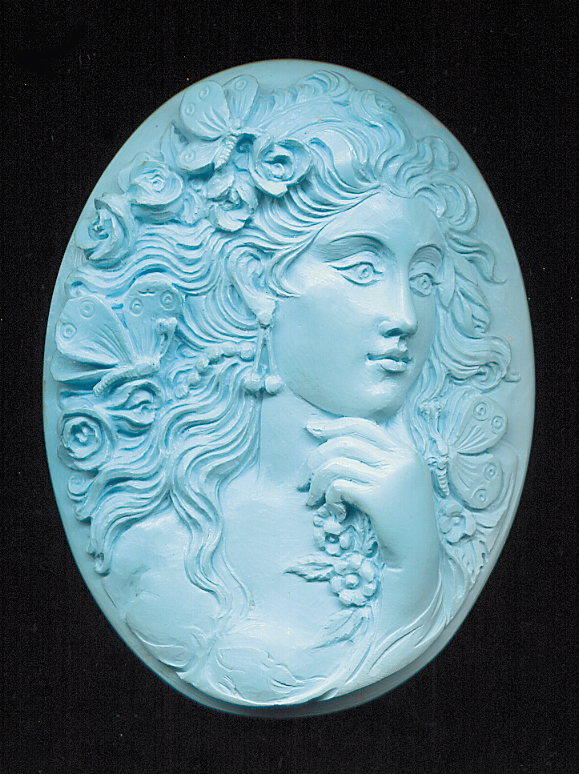 Each culture has had its own version of the cameo. While every epoch has held onto time honored methods of carving, it was their subject matter that changed over time. Cameos used to honor heroes, real or mythological. They also served as a means of story telling – and there are certain cameos which are called appropriately “story cameos” because they depict an historical or traditional event. Victorian era cameos served to communicate hidden meanings from the suitor to the object of his affection. Modern cameos for the most part are created with the intent to wow both the owner and the observer with its beauty and display of carving skills.

Technically, cameos and carved gemstones made for jewelry and object d’art can be separated into a few categories. Traditional cameos are miniature bas-relief sculptures that are made by carving down into a shell or agate or some other hardstone. Those materials which are naturally layered with color banding are ideally suited since they project a greater impression of depth to the carving. The image being carved raises up to the viewers eyes.

Another type of cameo is the intaglio, (just say in-tall-yo) which is carved from any kind of stone, shell, or colored gem. The difference with this carving process is that the surface, either flat or cut en cabochon, is etched down into the gem and so the design recedes away from the surface and the eye of the viewer. In effect, this is reverse image, and early intaglios whether set in a ring or simply as a seal were used as official “signatures” of the owner. They served to authenticate a document, or prove who the author of a letter was. Intaglios can also be carved from the underside of a transparent stone. That way the viewer looks through the top of the stone seeing a dimensional carving seemingly frozen inside the stone, rendering a highly dramatic effect.

Lastly, a shell, hardstone or any kind of transparent or solid gemstone can be carved completely on all sides, and that is called a glyptic carving. When set in jewelry, the mounting will always accommodate viewing of all sides of this piece. If you’re going to study glyptic carvings, you might as well start with the best. Perennial award winning carver Dalan Hargrave created a stunning Lady profile in 235 carats of Lightening Ridge opal, Montana sapphire and diamonds set in 18k gold. Now that’s attention to detail.

Everything old is new again – and that phrase suits the cameo genre perfectly. While persons of a certain age may recall grandma sporting a prim little cameo on her bodice – today’s cameos have little in common with those matronly vintage adornments.

From couture jewelers like Gurhan to popular mass merchandised clothing designers like Jessica McClintock, the cameo has found its audience – and they are applauding. The JCK Vegas Show and New York’s JANY this year included cameos at many exhibitors’ booths. The modern take on cameos is directed to today’s savvy shopper. The proportions fit contemporary fashion, and the stones themselves are best fit for knowledgeable women who can buy anything they like. It doesn’t hurt when celebrities are caught wearing a prominently placed bauble either. “Sex In the City” maven Sarah Jessica Parker is said to have spiked sales in cameos for months after being photographed wearing a sizeable shell cameo brooch to a glitzy event. 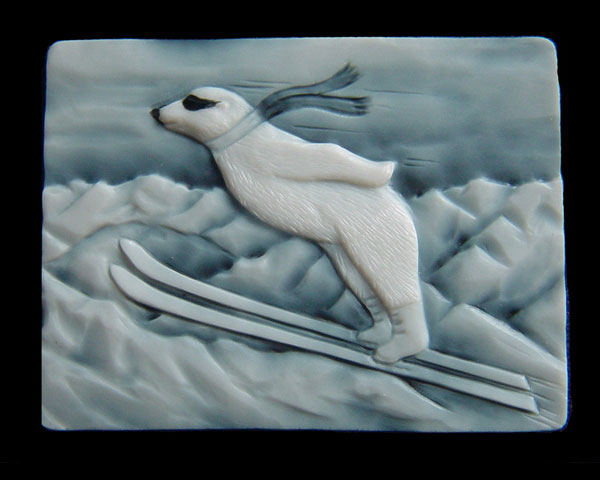 Torre de Greco cameo company CASCO hand carves classic themes like Bacchante or Medusa, but with a twist by carving the female portraits so convincingly modern that one believes they could actually meet the person that was carved. CASCO also tell us that their top market for the past few decades has been Japan, of all places. Meeting the needs of that market includes creating edgy skull rings for the Goth crowd.

Before any jewelry hits the mainstream, it’s often first previewed in award winning designs in Tucson at AGTA Spectrum competitions. For the last few seasons, richly colored transparent gemstones carved into ethereal portrait cameos like those from carver Chu-Alice Chan, have been turning heads and walking away with accolades at this competition. Whether it’s from the volume manufacturer or couturiere jewelry, it seems like every designer is making a cameo appearance now.