The Story Behind the Stone: Diamond & gemstones cut to push light performances

Transparent gemstones and diamonds are magnets of light; at least that’s the general idea. Cutting techniques and facet pattern designs have evolved over time with one particular goal at the top of a short list; push that stone to sparkle plenty.

The gemstone certainly has a part to play in this effort. Stones with larger numbers on the Mohs scale have greater ability to achieve that sparkling phenom. The higher the Mohs ranking, the harder the stone, and the better it will take a polish; all paramount to its ability to glitter from way across a crowded room.

Key to these gems’ desirability is fire and scintillation. The term fire refers to a stone’s ability to split light into all the spectral hues. The phrase used in gemology for fire is dispersion. The most well-known stone noted for its dispersion is diamond; but several colored gems are pretty impressive in that department too; like zircon, demantoid garnet, and lesser known, but highly collectible, sphene and sphalerite.

Scintillation is a separate deal altogether, and refers to flashes of light occurring when a gem or diamond is moved in the light. Scintillation’s disco-ball effect comes from the lively display of reflections seen bouncing off polished facets. These reflections may be white or have color. In the case of colored gemstones, they may actually produce a brighter hue than the stone’s body color. Occasionally these color flashes will exhibit a secondary hue; flashes of orange and yellow may bounce off a spessartite garnet, for example.

Zak Adourian, a developer of specialized gemological imaging instruments, www.displaystec.com, is expert in researching and analyzing the effect of fire, dispersion and scintillation. His proprietary tools are used by leading members of the diamond and gemstone trade to demonstrate their stones’ best attributes. “Gems are beautiful when they scintillate. That appealing sharp light-shift from facet to facet is eye-catching when the gem or jewelry item moves,” he explains.

Even within the industry, the importance of precision cutting is not always understood as critical to the stones’ ability to perform. Adourian clarifies, “When the stones are newly cut, the edges are razor sharp where the facets meet and that’s important to scintillation.” 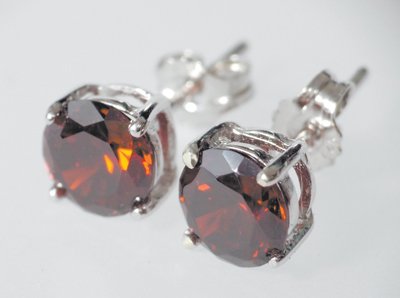 But he also sites examples of when the crisp look is compromised. “Unfortunately by carelessness or simply ignorance when polishing a piece of jewelry like a ruby ring for example, one can polish the ring and remove minute amounts of metal. But that also happens to the stone in that jewelry.” Not only does it take away some of the gem material making in lighter in carat weight, Adourian warns, but “it ‘kills’ the sharp edges. With rounded edges, the light bends and makes the gem look less appealing. The light does not jump from facet to facet like it should. It looks more like sugar candy.”

So there’s a right way and a wrong way to repolish the metal prongs without the unintended consequences of dulling the stones’ brilliance. Louie Alam, designer and owner of Los Angeles-based Louie B Designs, says his jeweler-father Bob Alam taught him in his first weeks of apprenticeship how to take special care when working with softer gems. “We work on the prongs first and polish the metal before mounting the stone. Then we carefully retouch the prongs after mounting if needed.”

The main goal of gemstone cutting and polishing is to optimize the light performance. So preserving the integrity of a well cut stone needs to remain top-of-mind when repair work is being conducted on a piece.

It should certainly be a strong selling point in the presentation of fine jewelry in a retail setting. When presenting an item, Adourian says, “The jeweler can help a customer appreciate the value of well-cut stones on a piece of jewelry’s overall appearance.” Even after some tutorial, the customer may not remember all the details, but you will have helped them to train their eye to better assess value components in a piece of fine jewelry. In the end, you will help them to know what they like, Adourian points out. “A well cut stone is one that pleases the eye.”