The Story Behind the Stone: Diamonds do this?

Since diamond’s early discovery in India around the 4th century BC, they’ve continuously garnered throngs of devotees. Until the early 18th century, India was the sole source of these precious rocks. By 1725 they were being found in Brazil. In the 1870s, the rush to South Africa marked diamond production’s explosive increase to satisfy a global appetite for the goodies. 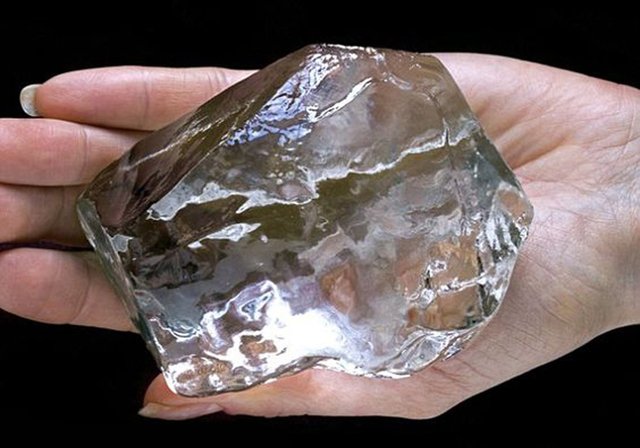 Pretty, But Pretty Smart Too

But they are more than just a pretty face. Diamonds also have important utilitarian worth. The broader use for these colorless rocks is due to its extreme hardness – a clear 10 on the Mohs scale. Score!

Diamonds are extremely important when lent to industrial application; polishing other diamonds is just one of diamonds’ super powers. Cutting, drilling, and other uses make this material ideally suited for military application, automotive, and even in mining.

Nano-diamonds, which are microscopic diamond particles a thousand times smaller than a human hair strand have been conscripted to aid in cancer treatment. By attaching these almost imperceptible nano-diamonds to chemotherapy drugs, the treatment ramps up its effectiveness. When anti-cancer medication is administered into a body, cancer cells expel them before they can perform their job. Nano-diamonds, it has been discovered, overcome this impasse because the cancer cells can’t carry the miniature diamond particles away, so they remain inside the body and get to work. 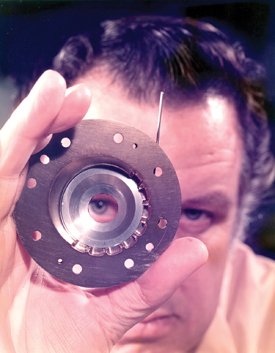 Diamond window from the Pioneer Venus Mission spacecraft. Photo Hughes SCG HeritageAlthough a trip to the dentist may not rank high on your ‘favorite things’ list, there’s some bling in those offices courtesy of diamond-tipped instruments. Most dental tools are tipped with diamond bits, making quick work out of drilling your cavities. Tiny diamond particles embedded on the business-end of these tools deliver the abrasive quality needed to conquer that hard tooth enamel.

When scientists discovered diamonds’ resistance to heat, its high-tech application widened. For example, a diamond can endure being 5X hotter than silicon, and can cool down easier than silicon without impacting its performance. Since diamonds can tolerate ultra-high voltages, they’ve been utilized in semiconductor manufacturing. The electrical current delivered in such electronics is more effective, faster, lighter and simpler.

Way back when the earth was still cooling, primeval humans got their groove-on via records that spun around on a turntable. The black indented discs vibrated rapidly under a diamond tipped needle without suffering from any deformation, nor damaging the sound quality. Because diamonds can vibrate at very high speeds, diamond needles were ideal for preserving the best sound quality. Additionally, DJ equipment also relies on diamond components.

The most out-of-this-world application of diamonds would have to be when it was used as a window in the Pioneer Venus Multiprobe Mission. The spacecraft, launched in 1978, needed the most heat-resistant, tough material for creating a window. “The pressure vessel had 7 openings, one for the antenna, three for electrical cables, two for scientific instruments, and one for an access hatch. There were also special diamond and sapphire windows,” reported NASA Science Data Coordinated Archive.

There are more imaginative uses for diamonds than mentioned here. As industrial progress continues, even more uses will be found for this single-element (carbon) gemstone mineral.

Today, the annual global output for rough diamonds is estimated to be around 130 million carats (approximately 28.7 US tons). But according to the World Diamond Council, only about 30% of the production are of gem-quality. The remaining 70% are up for grabs with the next evolution of diamond duty.