The Story Behind the Stone Lines Crossed 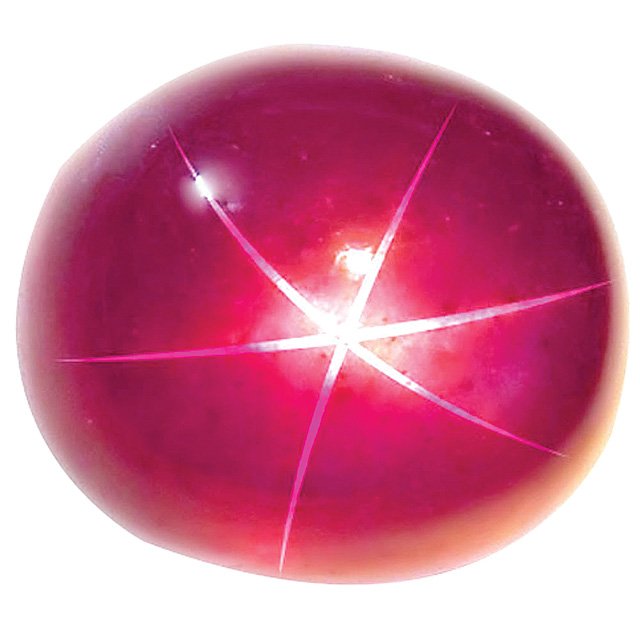 The Legendary DeLong Star Ruby. Credit Wikipedia.It was a sultry Indian-summer evening in Manhattan. The year, 1964. People on most of the city’s churning streets were focused on getting to or from somewhere. But on the upper west side, near Central Park West and West 79th St., the pace was slower, the vibe more subdued. Mostly residential, this part of town lacked the bustling bars and clubs responsible for the city’s cacophony and non-stop foot traffic. An out-of-place white Cadillac with Florida plates circled the block around the American Museum of Natural History, now closed. This was the get-away car for a brazen caper inside the museum which a gang of Miami beach-bums were successfully pulling off.

Turns out, the museum’s security system was nonexistent. In a few chaotic minutes, the band of amateur jewel thieves looted one of the most spectacular gemstone collections ever displayed. The museum valued these jewels at the equivalent of millions of dollars by today’s estimation. But really the booty was priceless – and with untenably high insurance premiums, (the museum reckoned) the collection remained uninsured.

The stunning heroes of this extraordinary stash were the Star of India Star Sapphire and the De Long Star Ruby. Both corundum ovals were extolled for their size, quality, rarity, and their clearly defined crossed lines creating those illustrious six-rayed stars.

The De Long Star Ruby is a 100.32 carat cabochon cut purplish-red Burmese star ruby. Its previous owner, Mrs. Edith Haggin De Long purchased it in 1937 and donated it to the American Museum of Natural History. The stone is renowned for its exceptional color and the well-defined intersecting 3 lines that create the star effect.

The Star of India Sapphire, is a 563.35 carat cabochon star sapphire mined in Sri Lanka. The greyish-blue stone shows asterism (star effect) on both sides of the stone – a rarity in addition to its being the largest of its kind in the world.

In both instances, the cause of the asterism phenomenon is the inclusion of minute rutile needles throughout the mineral. By cutting it en cabochon, the crisscross effect of intersecting lines appears. 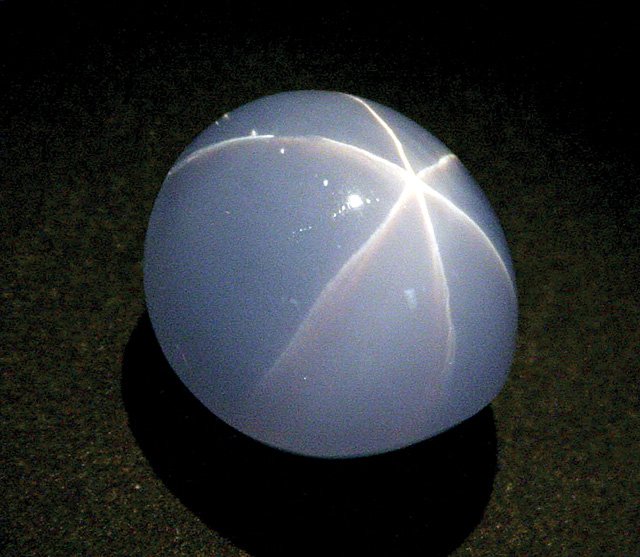 Judging quality in star stones is pretty straight forward. The star should be perfectly centered on the stone when viewed from directly above. Each ray also needs to be sharp and clearly defined. Blurriness, or any fuzzy appearance to the rays diminishes its value. Rays should ideally run from the stone’s crown and descend straight down to its base without interruption or any waviness.

Genuine or Not So Much

For every stunning natural jewel, there are imitators created in homage to the real deal, or made to deceive the unwary. Star stones with rays that are too-too straight and sharp may in fact be too good to be true. A thorough gemological inspection will separate the real deal from the look-alike.

Finding your own star stone today is completely doable. While they might not be the sensationally sized stones of the famed jewel theft, they are available in various species from Sri Lanka, Myanmar, Cambodia and India.

The outcome of the jewel heist, you ask? The suntanned pilferers went to the slammer for a couple of years after being soon caught. Much of the loot including the Star of India and the De Long Ruby made its way back from the partying hooligans in Miami to the American Museum of Natural History in New York where they peacefully reside.