The Story Behind the Stone: Namibia’s Ghost Town 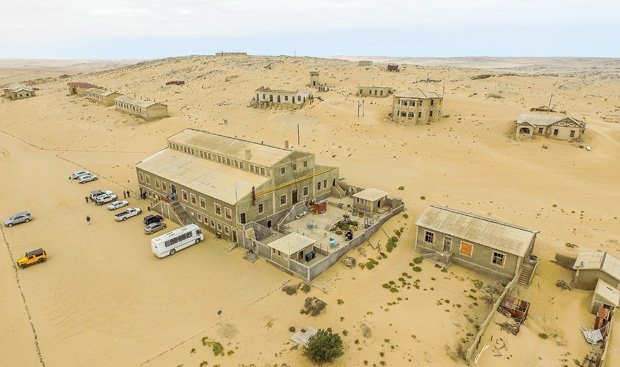 The year is 1908. The place – the arid and very ancient deserts of Namib, where less than 10mm (.39 in) of annual rainfall reaches this barren landscape. The nearest port town of Lüderitz, Namibia lies 10 kilometers to the west. Winds off the Atlantic Ocean press down hot air forming distinct clouds and dense early morning fog resulting in a phenomenon of life-giving moisture to flora and fauna native to the forsaken terrain.

On a seemingly uneventful day much like every other one in this remote outpost, railroad worker Zacharias Lewala spies a sparkly bit while working in the area. Showing it to his supervisor, German railway inspector August Stauch, they soon discover it to a be a dazzling diamond crystal. The particular region was already thought to be rich in diamonds. And with this single serendipitous find, German miners began settling there. A single diamond crystal launched a bustling entrepreneurial community amongst the sandy dunes of Namibia.

What’s In a Name?

The town became known as Kolmanskop (Afrikaans for Coleman’s hill).  The young inland village east of the port town of Lüderitz was named after a transport driver, Johnny Coleman who, during a sand storm, abandoned his ox wagon on a small incline near the village site.

A diamond-rich boomtown sprang up almost overnight, nestled amongst the towering sandy ridges of the Namib desert. Much of it reflected the architectural style of a German town since most of its inhabitants were German miners. Comfortable amenities included a hospital, ballroom, power station, school, theatre, sport-hall, casino, and even this extravagant luxury – an ice factory. It boasted the first x-ray-station in the southern hemisphere, as well as Africa’s first tram. A railway linked Kolmanskop’s residents back to the larger civilization of Lüderitz. 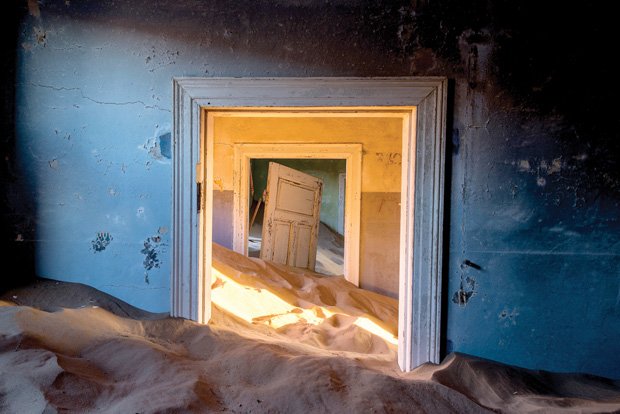 For decades, this wealthy village hummed with prosperity thanks to its diamondiferous soil. Kolmanskop was a lively and very social community rising in stark contrast to its remote inhospitable backdrop. Over time though, the diamond fields began showing signs of depletion as less crystal recovery occurred each year. After World War I, the mines were giving out and global diamond prices were on the decline. In 1928 some 270 km to the south of town, several wildly-rich diamond deposits along the beaches of the Orange River were discovered. By the 1930s the curious diamond town was all but over.

The Next Big Thing

And just like the furious stampede to Kolmanskop created that thriving diamond hub decades earlier, the inhabitants now rushed down to the Orange, leaving fine homes with all their possessions, and never looked back. The new diamond find was an easy one by contrast to Kolmanskop. Miners simply scouted the beaches along the South Atlantic seaboard as opposed to the more arduous task of underground mining. 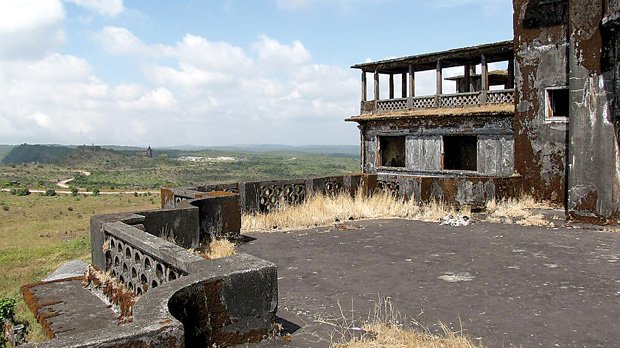 Kolmanskop was ultimately abandoned in 1954. It did not take long for the prehistoric desert to reclaim the once vibrant community. Blowing in sand upon sand each day on its once prized structures, building doors fell off and windows flew open to welcome the desert dust. Unsurprisingly, the now ghost town was used occasionally as a filming site. Today, the area owned by Namdeb (Namibia De Beers) allows tourists to enter the town by permit. Tours help visitors to understand the history behind these silent ruins that will likely still be standing a hundred years from now.

Diamonds are an ancient mystery of nature, and mesmerizing to the observer. But the stories of diamond’s discovery, like that Kolmanskop village a century ago prove to be even more spellbinding.