The Story Behind the Stone: Oh Victoria!

Winner of the 2010 Academy Award for Best Costume Design went to The Young Queen Victoria’s designer Sandy Powell. Historical movie buffs had a ball with the gowns and jewels Victoria wore to her balls. The popularity of this romantic film has drawn revitalized attention to the elaborate jewelry styles portrayed in this visually rich period film. 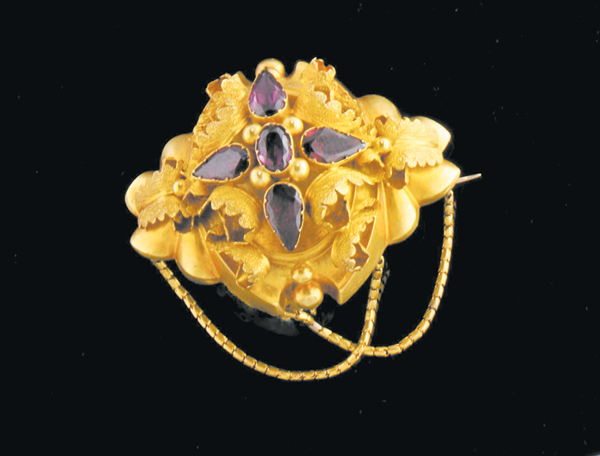 Of course jewelry eras are named for the times in which they occurred or for important personalities of the era. Most people know that Victorian jewelry spans a wide range of years prior to the 20th Century. But for how long, exactly?

Here’s the lowdown on this highbrow. Alexandrina Victoria was born at Kensington Palace, London in 1819 – the only legitimate child of the son of the Duke of Kent, making her heir presumptive to the throne. Overly protected by her mother, she claimed to have spent a melancholy childhood. There were so many royal shenanigans going on during that time that the whole lot of their offspring was illegitimate, save young Victoria. What was wrong with them, anyway? At any rate, too-legit-to-quit Victoria became next in line for the big job.

Not long after her 18th birthday, her uncle King William IV conveniently died making Victoria Queen of the United Kingdom. She was the first monarch to reside at Buckingham Palace. Victoria was a diminutive lady and liked to emphasize her tiny frame. She had a teensy weensy crown made to accentuate her petite figure, and was photographed numerous times throughout her life in this mini-crown.

Dunno, it seems a little – uh – out of proportion, but to each queen her own! She loved both entertaining and wearing jewelry, so Vic was perfectly suited for this regal role. She married her first cousin (you knew that, didn’t you?) Prince Albert in 1840 and she produced nine children. Apparently she was perfectly suited for reproducing also. Well done! 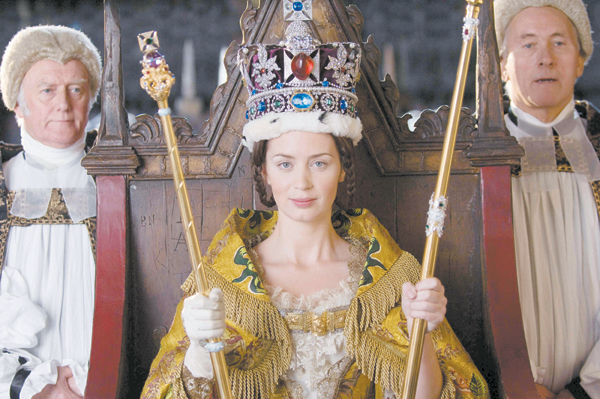 Queen Victoria as portrayed by Emily Blunt in the movie “The Young Victoria”. Photo courtesy of Momentum Pictures.

Queen Victoria’s jewelry was extravagantly luxurious yet dainty and she wore lots of it during those first sublimely happy years of marriage and queen-hood. Albert died twenty years into their marriage of typhoid fever which catapulted Victoria into a period of mourning that lasted the rest of her life. Away went the sparkly gay jewels. Out came black, heavy gloomy jewelry thereafter known as Mourning Jewels.

She lived a long time, so the Victorian era spanned 1837 until her death in 1901. Her son Edward then reigned, and apparently issued a massive “Cheer Up” edict, because the whole tempo of society, fashion, and jewelry lightened up after that period. The following jewelry era was referred to as Edwardian, but that’s another story.