The Story Behind the Stone: Parti Over Here!

We know that every jewelry fan wants something completely different from their friends’ accessories. After all, jewelry is one very beautiful outlet for self-expression. And jewelers want to help their customers find an evocative piece that says, “This is me!” Here’s a captivating option to consider; parti color sapphire (or simply parti sapphire).

Many of your customers will have never heard of parti color sapphire. But they recognize other interesting gems exhibiting more than one tint on the same stone. Look at ametrine for example. This quartz offers the best of two beautiful quartz varieties – the citrine yellow version and the purple amethyst kind.

How about a juicy watermelon tourmaline? The green edged, rose-centered tourmaline looks invitingly like a slice of watermelon. These charming gemstone options owe their eye-catching allure to the inclusion of trace elements producing distinctly separate colors in the stone as it was being formed. 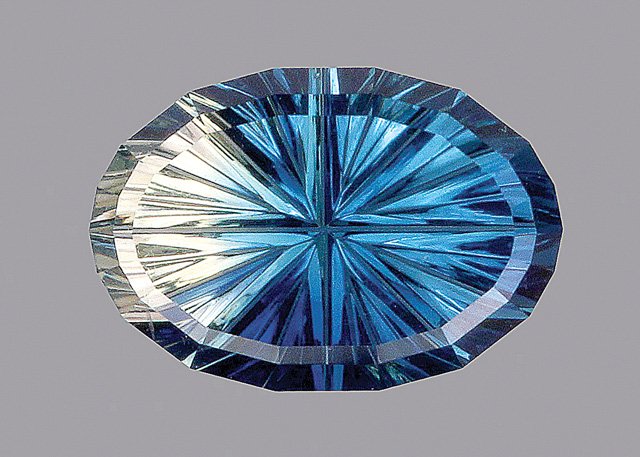 The same kind of different

This is where things diverge with regards to the multi-colored dazzler. Parti sapphire exhibits two or more distinct colors on the same stone, but their placement can be anywhere on the stone. Watermelon tourmaline always shows the green on the outside with a rose-colored center – thus imitating a slice of watermelon. And fine ametrine ideally displays a 50-50 split of yellow and purple. But parti sapphire celebrates the uniqueness of every stone. So, the ratio and placement of each color is always different. This allows each wearer to really have a one-of-a-kind jewel. 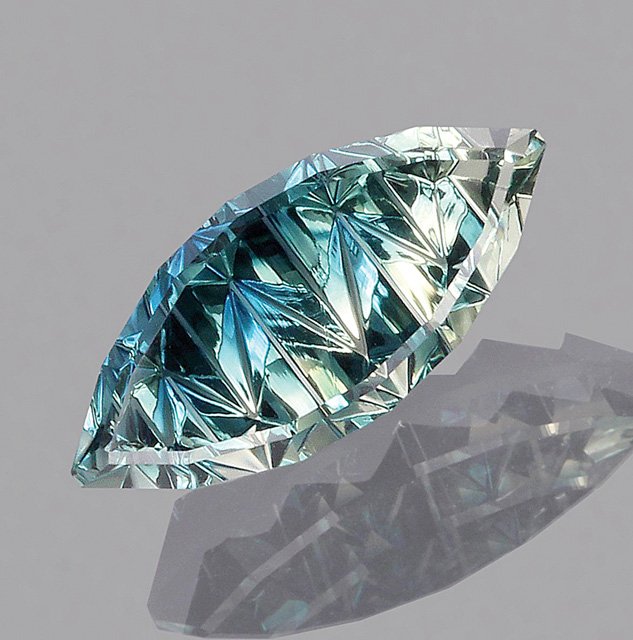 Sapphires are, of course, members of the corundum family. Their chemical makeup is something like aluminum + oxygen. But the parti colors include trace elements of iron and titanium to create the color zoning peculiarities on the same stone.

Interestingly, there’s a lot of pure corundum which is completely colorless – no color whatsoever. Long ago, so-called white sapphire subbed for diamonds in important jewelry, especially when the real deal was difficult to obtain. Because of its extreme hardness (9 Mohs), and high polish potential, it is still regarded as a striking diamond alternative.

It’s important to recognize that parti color sapphires are not color-change stones. Those stones change colors in different lighting sources. For example, alexandrite transforms into a completely different hue (deep wine to intense green) when observed in natural lighting and then under incandescent lighting. Parti sapphires are also unlike color-shift stones which display another hue when the stone is turned in different directions (but under the same lighting). Certain amethysts are known to shift from reddish-violet to straight purple when the stone is turned. This is the result of changing your view of the stones’ axis wherein different hues are absorbed by the stone. Iolite is one such stone that cutters need to be aware of its polishing direction. Cut in one direction, iolite looks blue, sometimes rivaling fine sapphire. But if the stone were cut on its other axis, you think you are looking at a smoky quartz.

Parti sapphire crystals show two or more naturally produced colors on the same rough in any light or any direction. A cutter orients the stone to create the most pleasing result – making best use of its two or three colors. You never see the same combination twice (amount of each color, or its placement on the stone) because nature mixes the colors differently each and every time. All two-color parti sapphires are somewhat rare. The three-color version of this sub-set are even more infrequent. 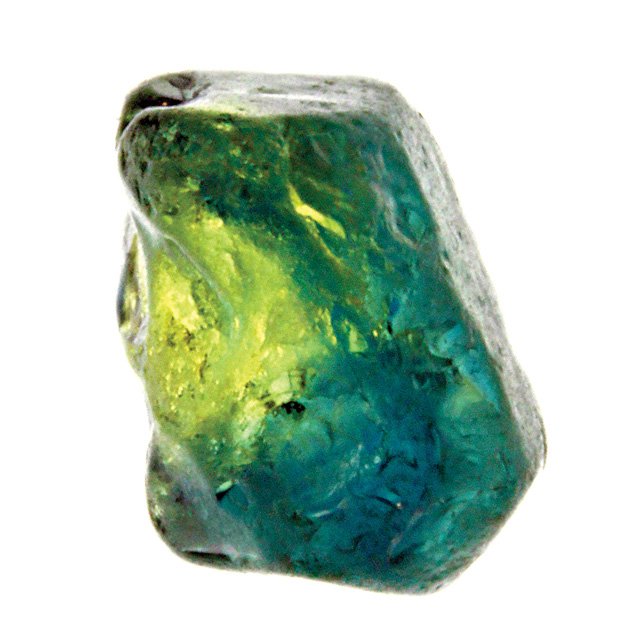 These colorful sapphire rarities are mainly sourced from Australia. But they’re also produced in Tanzania, Nigeria and Madagascar. Their rarity impacts value of course, and three colors are considered more valuable than two. The brightness of their colors influences the per carat price as well. While various colors can occur in parti color sapphire, most often you’ll see these stones in blues and yellows.

Cutters will study this rough to determine the most attractive color pattern achievable; preferring to keep the best color combo on the stone rather than preserving carat weight. So, you’re more likely to see creative cuts in the parti sapphire variety. With these artistic shapes, the location of a natural inclusion in the crystal takes a back seat to producing the best stone overall. So, slight inclusions are not considered to be a drawback. 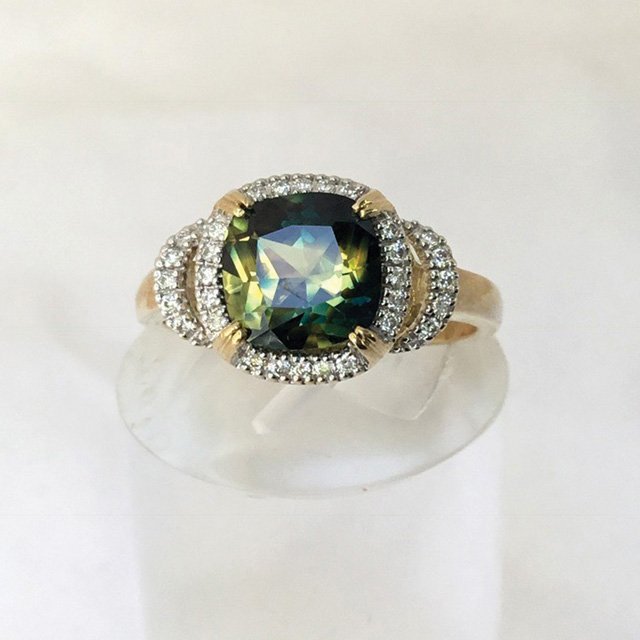 Parti color sapphires offer collectors a one-and-done experience plus a highly original piece of jewelry. They are a particular draw for bridal jewels because the stone is as original as the love story of the couple buying it. Parti on, sapphires.