The Story Behind the Stone: Rings and things

Love stories are often as colorful as the lives of the couples who live them. Why then can’t the engagement rings be more in line with their unique story? While diamonds still account for the lion’s share of all bridal jewelry, there actually is more than one way to tell a love story through rings. Thinking white equals bridal in both rings and gowns? Not so fast. Colorful engagement and wedding bands are fast gaining market share both here and abroad.

The notion of colored gemstone engagement rings sounds iconoclastic but actually the idea is quite old. A Georgian era ‘betrothal’ ring seen on an e-commerce site recently showed two facing enameled birds forming the shank holding a quasi-trillion shaped peridot solitaire with their oversized beaks. Memorable to say the least, wacky to say the most. 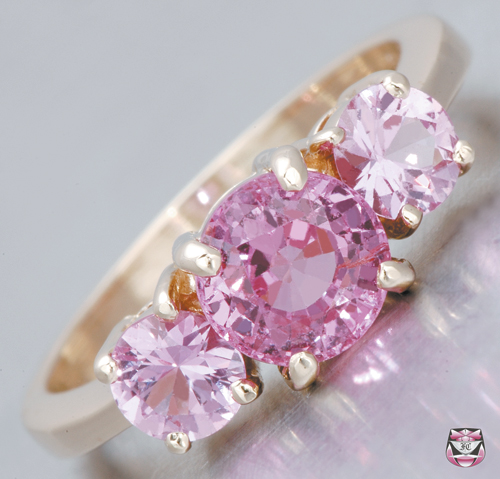 A wide array of colorful engagement or betrothal rings were all the rage in late Victorian and in Edwardian times. Aquamarine, ruby, and sapphire engagement rings are offered through top notch antique jewelry merchants like Fay Cullen. Amongst the aristocracy, the trend never waned. Lady Diana’s engagement ring to Prince Charles was a large oval sapphire surrounded by diamonds. The fiery haired Sarah Ferguson wore a complementary ruby and diamond engagement ring.

Today’s elegant engagement sets add colored stones which are connected to the couple. For instance, some rings include the birthstone of the bride to be. The ring could also feature a center stone designating the month of the wedding, or the state stone where they live.

Recently, a gemologist revealed that her tsavorite solitaire engagement ring memorialized the African photo-safari trip the two took where her fiancé proposed. Well you get the idea. The colored stones chosen are limited only by the couples’ imagination.

Retailers might take cues from this charming personalized concept and broaden the range of stones they offer to customers for their engagement rings. Of course, once upon a time we assumed that diamonds were the priciest stones, and so those were the only stones pushed in the bridal department. Not so fast. Have you checked the price guides for tourmaline, Padparadscha sapphire and Winza ruby? So many chic choices can be offered to your customers which will help cement you as their custom jeweler and probably their new BFF.