The Story Behind the Stone: Surprising Tanzanite

There’s not a professional in the jewelry trade who doesn’t know about Tanzanite. The same can be said of most jewelry lovers by now. Say the name Tanzanite, and consumers can fill in the blanks by claiming it’s a one-source gemstone and it was discovered in the mid-20th century. And it’s about to run out in our lifetime. That all may be true – depending on the individual’s lifetime of course. Marketing aside, it’s pretty spectacular to discover an intensely saturated blue/violet transparent gemstone that is only found in one small region in the world. In my books, that makes it an exceptional find. 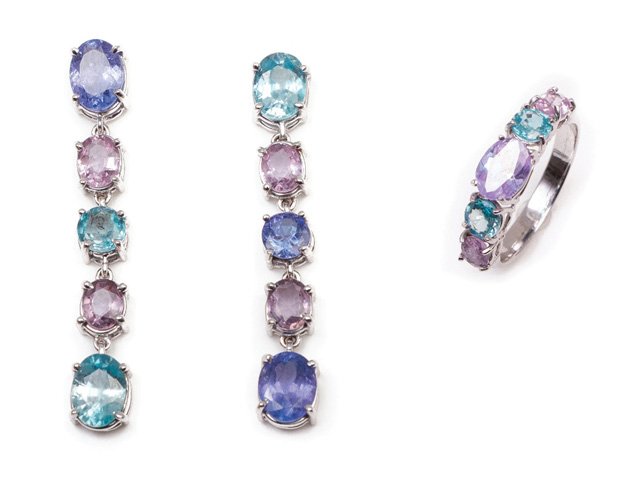 First it was blue

Tanzanite is a trade name, not an actual mineral species. Soon after its discovery, Tiffany & Co., coined the name Tanzanite in a nod to its origin, Tanzania. The mineral had actually been around for centuries, albeit in an unattractive brownish hue, and mostly opaque. That mineral, called zoisite was never used for jewelry owing to its rather plain look. Tiffany was the first retailer offering the new transparent blue-violet gemstone variety. They apparently considered marketing it under the name Blue Zoisite, but decided against it since they thought the name Tanzanite, a more exotic and easier to remember name, would excite their consumer base. 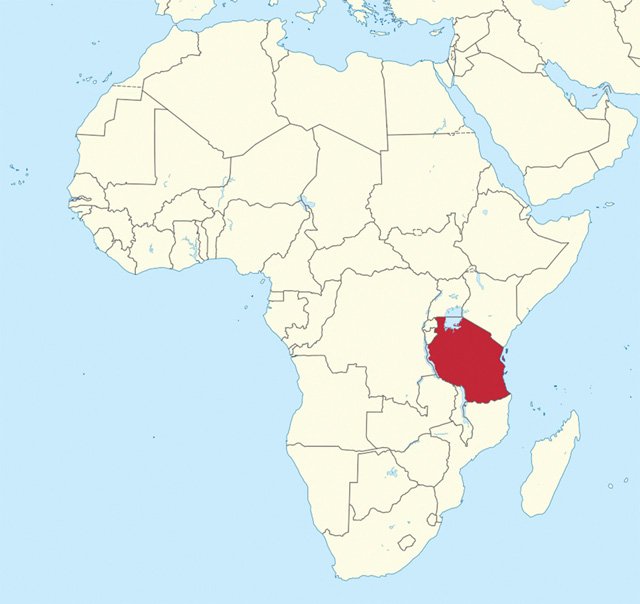 The attractive gem’s limited geographic origin adds to its cachet. So far, all known mines are located in a tight area of just eight square miles surrounding the Merelani Hills, near the foot of Mount Kilimanjaro and the city of Arusha.

But a surprising variety of Tanzanite that has somehow eluded the radar screen of popularity is the bi-color variety and also what is called fancy colored Tanzanite. Bi-color Tanzanite is cut into pleasing gemstones showing both green and blue on different areas of the stone. Sometimes the stones are a mashup of purple-violet at each end and blue in the center, or vice versa. These stones have been cut on their C-axis to produce their distinct color zones, and for jewelry fans, this is all pretty exciting stuff. 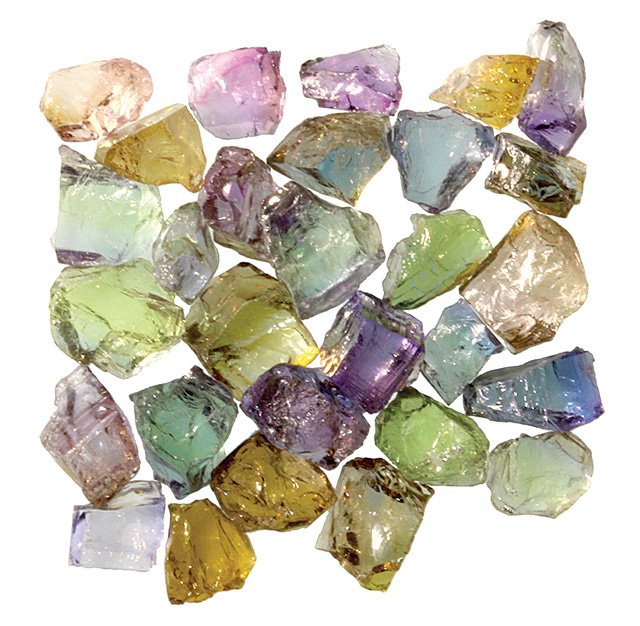 According to Bangkok-based, AJS Gems: “But with extensive mining in Tanzania, some rare and beautiful colors of natural zoisite and have been found and these are now sold as fancy colored Tanzanite (though technically they should be called ‘fancy colored zoisite’). The colors include green, golden, orange, green-blue, pink and purple.”

Not all fancy colored Tanzanite is created equal, reports AJS Gems. “The key to value in fancy color tanzanite is the purity of the color. Most zoisite has a brown or grey secondary hue, and these muted colors are not desirable. Vivid pinks, greens yellows and oranges are rare and are sought after by collectors. Most fine fancy colors are found only in small sizes (under 1 carat) and larger pieces are very rare, especially in purer colors.”

Another source for this sub-set of Tanzanite is quickly found by searching on Multicolour.com. This colored stone vendor is also based in Bangkok and provides an eye-opening array of several fancy color Tanzanite varieties, some you may never have seen before. 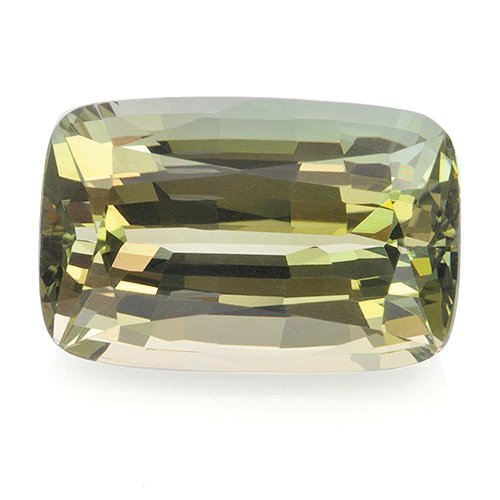 Bi-color yellow-green Tanzanite. Courtesy Multicolour Gems.Madrid-based jewelry designer Lisi Fracchia is renowned for her striking combinations of colored gemstones appearing in her couture collections. While her original designs are sophisticated, she prefers to allow the lively gemstones to take center stage. Her customers are loyal to Fracchia because she delivers the finest colored gemstones in designs not found elsewhere. She includes fancy Tanzanite in her collections since the gorgeous pastel colors definitely spark a conversation.

Jewelry fans are always looking for something out of the ordinary. Fancy color Tanzanite and bi-color Tanzanite offer collectors one more avenue to make a personal statement through jewelry with these surprising stones.