The Story Behind the Stone: The Winza Ruby: Right on time

Ruby gems carry a thousand years of rich history behind them. This beloved colored stone has graced crowns and regal adornment for centuries. Corundum, which is its mineral species, is extremely durable, so a centuries-old ruby may still look as glorious as when it was first polished. 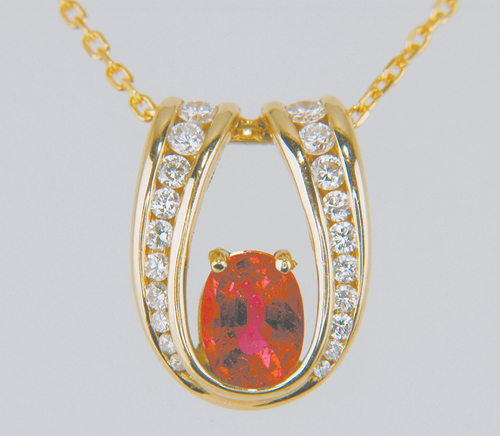 Deposits in (formerly ), , , , , , and have given up their treasures for appreciative gemstone lovers for eons. But political turmoil in these ruby producing countries have often hampered delivery of this precious stone. So when news of a new ruby deposit at Winza village in Tanzania spread through the trade a couple years back, it was heralded as a solution to the dwindling cache of high grade ruby goods which were banned from trade in Myanmar and for a while in Madagascar.

Rubies have had a solid fan base for centuries but it wasn’t always easy to identify them. Just 100 years ago, respected gemmologists of their day privately confessed they couldn’t always separate this crimson stone from other similar-looking red gems. The famed Black Prince’s ruby in the Imperial State Crown of the British Crown Jewels is the most notorious example of such misidentification. The egg-sized cabochon ‘ruby’ turned out to be an exceptional red spinel.

Corundum authorities can identify distinguishing traits of ruby from various sources however. Ravi Kanamuthu of Toronto-based Ceylon Gems trades in ruby from , , and . He notes there is little to distinguish Malagasy ruby from Sri Lankan goods due to a similar geology in both countries. “They exhibit the same type of inclusions,” he adds. “The Burmese ruby has the celebrated pigeon blood color, a definite pinkish red hue with distinct inclusions including noticeable feathers.”

When serious mining of ruby began late in 2007 at a deposit near Winza village deep in southeastern , it caused a big stir and offered hope for collectors of fine ruby. Rubies had been discovered in and elsewhere in over the years, but this find proved exceptional. The mines produce large crystals, and most of it is gemmy.

Thailand-based corundum specialist Richard W. Hughes reports: “When the Winza rubies first hit the market, it was a godsend. But like many deposits, production is now way down. The quality of the finest Winza stones is excellent. While the color is perhaps not the equal of the finest Burmese stones, it is quite close. In a world where even a five-carat ruby of quality is extremely rare, the appearance of these fine Winza rubies in the market is truly extraordinary and a cause for celebration.” 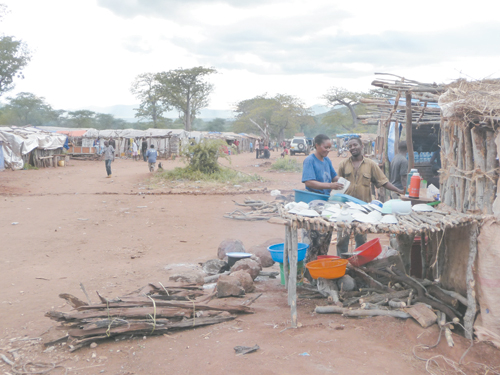 Colored gem dealer Edward Boehm points out the difference in both characteristics and prices for the new Winza. “Very fine three-carat unheated rubies from Winza can fetch up to $25,000 US per carat, but most are between $4000 to $8000 US per carat. Some of the material must be heated to be salable.” Boehm finds the inclusion scenes of Winza ruby are distinctive from ruby sourced elsewhere. Under magnification he observed “wispy hair-like needles that are absolutely unique to Winza ruby. We have not yet identified what these inclusions are, but they are locality-specific inclusions to this one Winza deposit.”

Master cutter Rudi Wobito of Wobito Gems has cut Winza ruby. In a sizable parcel of Winza ruby he recently received, Wobito first noticed few crystals that were truly clean in this particular lot. “They exhibited blue color banding, often typical with Winza rough, which cannot be heated out,” he explains.

A standout feature with Winza ruby, Wobito reveals, is “they are very bright and crystalline, a distinctive combination that other rubies don’t have.” He’s become an admirer of this gemstone personally, and feels that Winza holds the same allure for its budding fan base. “People fall in love with this very clean, pretty, and lively stone.”

Fortunately, these new Winza rubies are not so small either. Wobito has seen several large specimens of about 15 carats each, and knows they go up to around 25 carats as well. Most gemmy stones are polished into cushion cuts, which according to Wobito, are a function of maximizing the rough crystal. That particular shape utilizes the rough to its best advantage, a critical detail when handling special finds like the Winza.