The Story Behind the Stone: Unusual Cravings

Nothing drives demand more than something that’s unavailable.

It’s certainly a true statement in the jewelry and gemstone sector. Colored stone supplies are often at the mercy of local politics, or sometimes driven simply by an inability to reach the source. Earthquakes, landslips and other natural occurrences can unsettle a region for decades.

It can also open deposits, exposing a cache of gem-minerals as it did in the 1880s with Kashmir and its legendary sapphire hoard. Just a few decades back, a temblor in Guatemala likely split open the mother lode of its Olmec (blue) Jade – a rare variety thought to have disappeared with the ancient Mayan civilizations populating Central America thousands of years ago.

One Region – Many Rarities

More recently – a decade or two back – the gem world marveled at some unanticipated gem varieties turning up in Tanzania. The area is actively engaged in mining – without the landslips.

Celebrated for its iconic blue-violet zoisite, coined Tanzanite by Tiffany & Co., the mineral-rich terrain later yielded spinel and garnets in colors no one could have imagined. Mahenge, the town and the general district, began turning out unheard of hues in both of those species that has lasted for years now. Vibrant raspberry tints and the kind of indescribable orangish-pink stones only seen in Padparadscha sapphires made collectors swoon and surprised even local suppliers. Color-shift stones in saturated caerulean also popped up – and the gem world was hooked.

Trouble is, the local authorities eventually put the kibosh on exports even though there was plenty of rough to go around. Gem-cutter Lisa Elser explains: “Since late 2016, the Tanzanian government banned any export of rough gems, insisting that gems be cut locally,” she tells us. “It’s been illegal to export Tanzanite rough for years. So, I bought cut Tanzanite and recut it at home. Now that the ban applies to all gem rough, it’s hard to justify traveling there for buying trips,” she admitted. 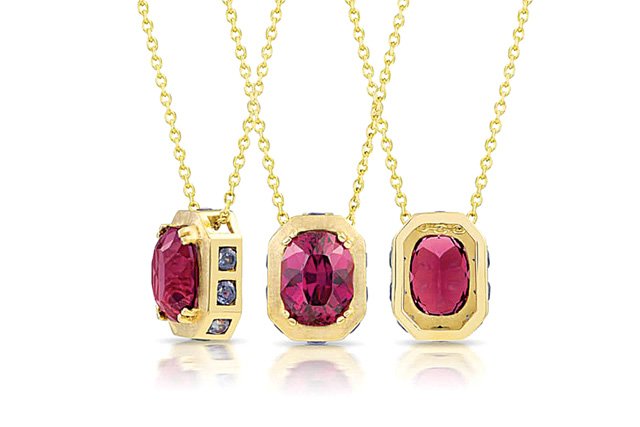 Load Up When You Can

That said, when suppliers could stock up, they did just that. So, there is still some material available. According to gemologist-cutter John Bradshaw, www.johnjbradshaw.com: “There would be no point at this time to go to the source in Tanzania to see the rough because of the export ban of all rough from Tanzania,” he says.  “The supply I have was exported in the past from reliable dealers. Any Mahenge garnets that I have can be sourced on my website.” 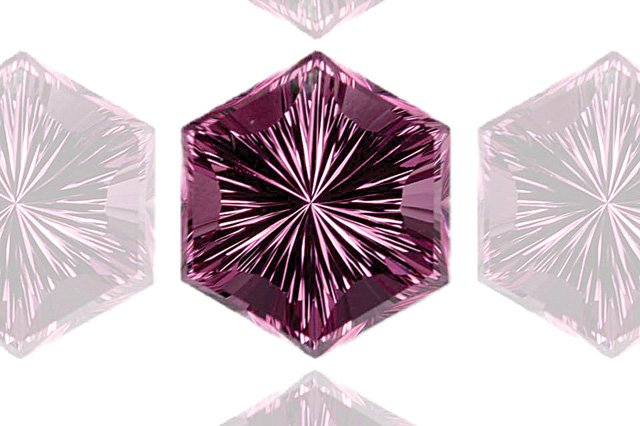 Creative gem-cutter Derek Katzenbach (katzenbachdesigns.com) reports: “There is still rough available from dealers who purchased it in the past. But, its less readily available than in past years.”

Good for the Cognoscenti

Jeweler Cynthia Scott (cynthiascottjewelry.com) curates carefully selected jewels for the sophisticated collector. The Mahenge stones are a good fit for her clients. “The layers of colors in the Mahenge garnets are really incredible,” Scott finds. “I had to describe a stone recently as peachy-lavender-pink with a red flash. That is an exact color that I’ve never seen in another gem, and it is absolutely gorgeous!”

Online merchant Robert Wilkinson (bob@rwgems.com) specializes in unusual gemstones. “75% of my business is private clients. They typically call me for something specific, or I understand their taste and let them know when I find something that I think they’ll appreciate,” he says. He attests to the unique quality of Mahenge spinel. “Honestly, it is my personal favorite,” he adds. “It’s all about the color, and the glow.” 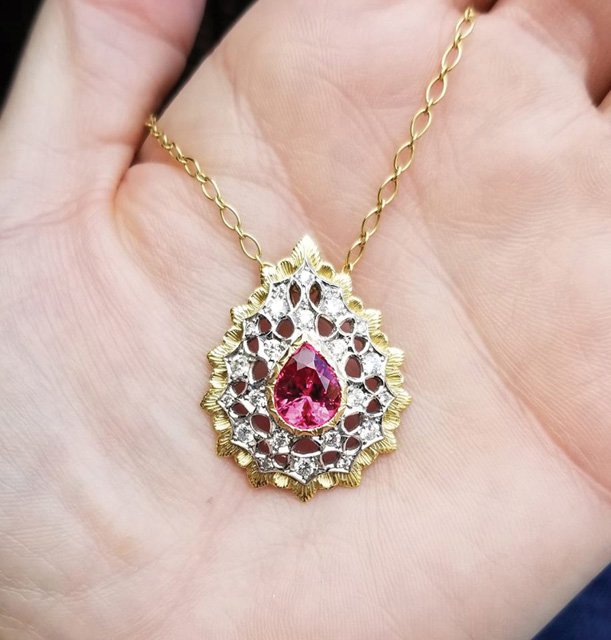 Since there is still limited availability through suppliers who recognized the distinct properties of these Mahenge stunners, they provide designers and retailers with a tantalizing story to sway serious collectors. The colors are found nowhere else, and with its future availability a dubious prospect, one can help their client create a signature piece that makes a rare statement.