One of the most potent magnetic draws that bond collectors to colored gemstones is knowing the stone’s origin. We may not find it exhilarating to collect stones emerging from Cincinnati or Newark (all due respect to those fine cities). Those locales are known to us as a society. They’re just ‘like us.’

But get a stone from Madagascar for example, and our imagination takes flight. We want to be seen as exotic and hard to access as these far-flung outposts. Jewelry collectors identify very closely with their pieces. They have a story and so does their jewelry.

Most gemstones form beneath the earth some 3 to 25 miles below its surface. But for a couple of the stones we treasure, diamonds and peridot, we’ll need to dig deeper, like 125 miles or so. The divergent geology around the globe is the source of precious stones we’ve grown to cherish since antiquity. 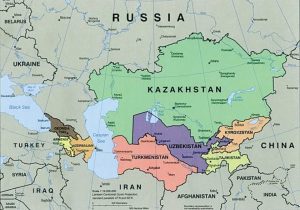 Madagascar, an island nation off the continent of Africa is loaded with some of our most desirable gemstones. Ruby, sapphire, and emeralds get star billing and are a source of vital revenue for the country. But tourmaline, and garnet, plus so much more are also produced there.

Myanmar (today Burma), had at one time accounted for roughly 90% of the world’s ruby. Today, we’re told, getting top quality and certainly any sizeable stones, one must head to the estate auction houses. But it produces significant amounts of spinel, peridot, garnet, iolite.  Myanmar boasts production of imperial jade which mostly gets sent to China.

Once the world’s sole source of diamonds in ancient days, today India’s mines are notable for producing iolite, aquamarine, garnet, and moonstone.

With each country we name, our mind conjures up mysterious and colorful images of sights and sounds of those region’s far away and its people. Consumers love that, and it’s certainly a legitimate selling point for fine colored gems. It helps validate the price of rare and high-quality stones. The consumer, after all will likely never navigate the landscape of those distant places and procure their own sapphire or ruby.

One remote gem source that we hear very little about (if anything!) is Kazakhstan. Most of us will have to Google a map to figure out where it is. This formidable nation, officially called the Republic of Kazakhstan borders Russia on the north, China on the west and the other ‘stans’ to the south – Kyrgyzstan, Uzbekistan, and Turkmenistan. With some of the lowest population densities in the world, the immense territory of Kazakhstan is the largest landlocked nation in the world. Its inhabitants are historically nomads and ancient empires. The history surrounding Kazakhstan is about as exotic as it gets.

A variety of gemstones are found in Kazakhstan, although they may not be on our radar – yet. And this isn’t something new. In ancient times, Kazakhstan’s gemstones traded along the Silk Road, a thriving network of trade routes connecting China and the Far East to the Middle East and back to Europe. It officially opened trade in China with the West circa 130 B.C. Astonishingly, these Silk Road routes were in continual use until 1453 A.D., when the Ottoman Empire closed them upon boycotting trade with China.

Colored gems, and semi-precious decorative stones were extracted from the region to satisfy the luxe appetite of European nobility. Heading up the menu of precious gemstones from the region were corundum (sapphire and ruby), beryl (both emerald and aquamarine), colored tourmaline, topaz, agate, and diamonds. Kazakhstan produces some interesting turquoise, including a rare variety called Lavender Turquoise, (periwinkle!) found only in one mine there. It also has a good supply of strawberry quartz which is a surprisingly attractive stone. None of these mentioned are pricey even though they are exotic. This bodes well for designers who can devote their energies to creating memorable pieces without the outlay of a lot of money on the stones themselves.

We don’t see this intriguing material tossed around much. But maybe we should. While there may not be massive commercial quantities pouring into the US from Kazakhstan, there is certainly enough material for designers to have their imagination piqued. Stone dealers in Tucson have been offering the Kazakhstani goods for years.

Give Customers a Rare Experience

Consumers yearn to be on the forefront of collecting rare and unheard-of stones. Today, jewelry fans collect with intent. And the stones from Kazakhstan provide a ready source of intrigue and desirability. Adding stones from this region will give you a boost over your competition. With these story-filled stones you’ll stand out among a sea of other jewelers.