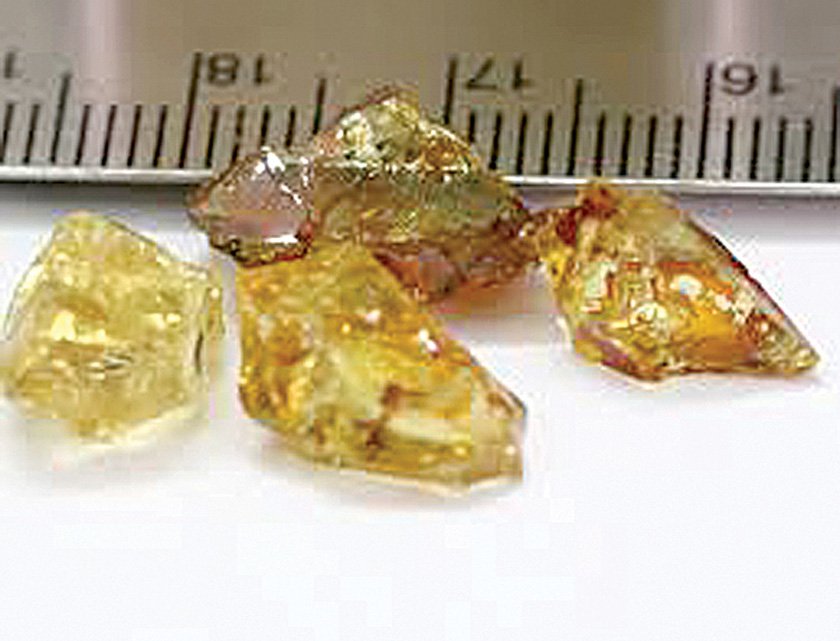 Parcel of yellow rough Merelani Garnet. Courtesy Gems of East AfricaThe public is certainly familiar with some garnets. Many varieties are inexpensive, offering a big look for a relatively affordable price. But consumers and retailers may be surprised to learn that as a mineral species, their color and type-range are legion.

According to Bangkok-based AJS Gems, “Though garnet has been known since ancient times, new hybrids are still being discovered.” From super inexpensive to don’t-ask-the-price, their kind, color-range and their values are spread-out.

Rare and Under the Radar

Ask a consumer what color is a garnet. Red, they’ll say. And it is. But it’s also vibrant green. It can even be so dark as to appear nearly black occasionally. It’s orange and it’s purple. Yet, many jewelers may not be aware that a striking variation of garnet is also yellow. “In 1994, a mixture of grossularite and andradite garnet was discovered in [the Republic of] Mali, West Africa,” reports AJS Gems. Since these two garnet varieties are among the rarest in the family, AJS confirms, “this new find caused some excitement in the gem world.”

Here is how you might communicate the garnet story to your customers. Garnet as a gemstone is a bit unique in that it is actually a mineral group – or a family if you think of it, made up of closely related mineral species. While all garnets have basically the same crystal structure, their chemical composition varies. In all, there are over 20 garnet categories, or ‘species’, but not all are important in the gem world. Here’s something you may not know. Many garnets are composed of different chemical mixtures of 2 or more garnet species. How odd. 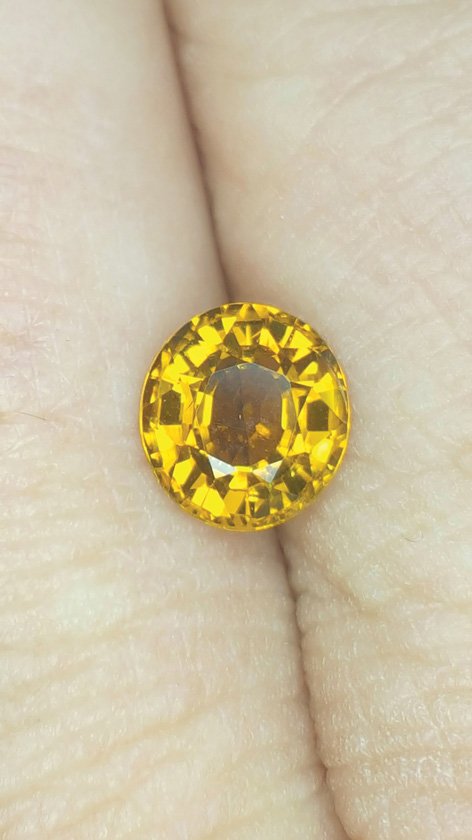 Some of the most spellbinding garnets belong to the yellow variety. Still, many of us have yet to come across this sunny colored jewel. In some cases, the yellow stone can appear at first glance to be an intense yellow sapphire. Yellow sapphires already have quite a fan base. But if those same devotees discover yellow garnet, they might jump ship in favor of this radiant option.

One of the rarer garnet varieties is called Mali Garnet. This high-value jewel exhibits intense golden coloration, or occasionally green-yellow shades which are also captivating. “People literally buy them as soon as they pop up for sale just to have one because who knows when you will see one again,” claims Robert Strouf Novak, owner of Novak Gems and Jewelry. Some garnets in the Mali category display brownish tones. Those are less valued than their yellow or chrome green counterpart. The lemon tinted jewels and lime green stones command top dollar.

Most of the Mali garnets in the market today tend to be of smaller carat sizes, like 1.5 cts or under. In this smaller carat range, they are still quite affordable. But serious collectors often reach for large carat sized stones to show off their dramatic hue to its best advantage. “The Mali garnet is primarily grossularite,” AJS points out, “but the presence of andradite gives this gem a brilliance and fire which is reminiscent of the rare and expensive demantoid.”

Grossular garnet may be the least known variety of all the garnet groups. Those who are familiar with grossular garnets think of them as the green variety – like green tsavorite stones, or the delicate lighter green Merelani mint garnet. And while that’s true, there are also sophisticated pastel yellow Merelani garnets which are quite striking.

Preoccupation with celebrity sightings and royalty watchers today give the public a glimpse into that rare world inhabited by the ultra-wealthy. We can peek at some of their private jewelry collections – and whet our appetite for similar looking jewels that the rest of us can afford. 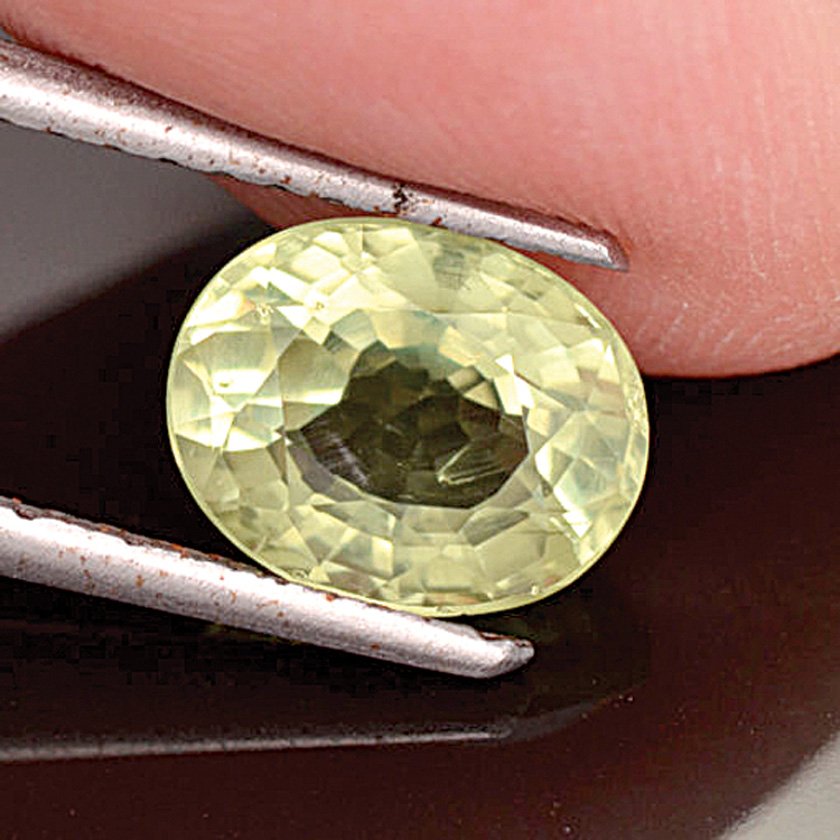 Yellow garnets offer consumers a distinct opportunity to have earth-mined genuine jewels that have remained off the radar. Your customers may have developed a taste for yellow diamonds having seen so many celebrities sashay across the red carpet wearing them. Yellow sapphires are also a big draw for jewelry fans who want something distinctive. Yellow garnet satisfies that desire for ‘something unique’ and truly collectible with its own value – costing less than their sapphire or diamond lookalikes. Best of all, these garnets are always untreated, plus they don’t require any special care. Choosing Mali or Merelani, these sunlit gems deliver a bright choice that’s a magnet for compliments.