The way it used to be

We remember them all – the good, the bad, and the ugly.  Customers, that is.  Customers we remember tend to fall into several categories: those who buy and never fuss; those who buy but fuss and cause minor problems; those who do nothing but fuss, and those who are tolerable.  All jewelers have all types, but where one great retailer once posted a sign which read:  “The customer is always right” and below it “If the customer is wrong, see sign above”, we went into our own business so we would not have to live with that theory, although we go out of our way to bend over backwards to appease customers. 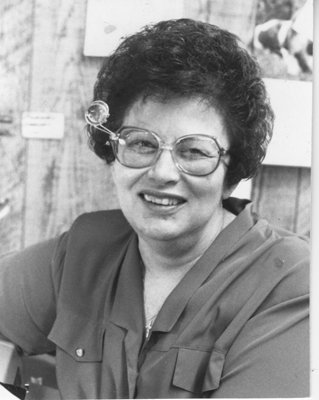 Since we entered the jewelry business through the repair department, it becomes exceeding touchy when a customer tries to extract a free job out of us when it is clearly not our fault.  One such lady presented herself the other day; “I just had this watch worked on.  It cost me $52.50 and it stopped already.  I didn’t do anything to it, it just stopped.”

“Huh.” RB said in a matter-of-fact way, hardly admitting that it was possible it could have ‘just stopped’ but yet leaving the door open.

RB took her miniature watch and sat it down at his bench taking his ancient case opener and prying it open laying the movement bare under the lamp.  “Whew!” He said, letting out with a low whistle, “This watch has water damage.  Hummmm, yes indeed. Water damage.”  He flipped the watch around peering at it from every angle.

“Well” RB drolled, “I wasn’t the one wearing it.  Who was wearing it?”

I could see RB’s ribs heave a bit as he prepared to do battle with the specific type of customer known in our store as Model XVI. “I never got it in water. I don’t care what you see under magnification, that watch has never been near water.”

RB explained carefully, changing his focus from two inches to several feet.  “Well you might have not known it when you got near water, but the damage is here, anyone could see it.”  That’s pretty patient for RB, but this explanation and a chance to save face did not penetrate the customer’s mental barrier.  “I did not get it in water.  It just stopped.  I don’t swim or that sort of thing and I’ve worn it all these years and it didn’t stop until you fixed it.”

By now RB was well perplexed.  He put his tweezers down making a clacking sound I realized was tantamount to slamming a drawer.  “Well the damage is here, the watch has had considerable damage and it will be up to you if you have to have it repaired again. “

As quickly as possible, the customer retorted, “Well, it will be fixed under guarantee won’t it?”

RB heaved again. “No ma’am. This is something that is not handled under guarantee.  This is damage done by some means over which we had no control.  The watch didn’t go out of here this way.”

The customer hardly flinched.  “No and it has never happened before I came here either.”

Sometimes I can see why RB never had much patience with the family because it was all used up on customers like this. “Lady, we had nothing to do with you getting water in your watch.”

“Well,” she said in a rather condescending way, “that’s what you say.  I say the watch never got water in it before, so how do you explain that? And I paid $52.50 to have it fixed.”

RB shrugged. “I guess it is like getting your car overhauled and then bashing in the fender.  The two have nothing to do with each other.”

Still perplexed, the lady droned on.  “Well it never happened before and I paid $52.50 to have it fixed.”

I guess the conversation could have gone on forever but apparently her husband had been sitting in the car baking in this El Paso heat, and decided to come in and cool off.

They spoke, thus letting us know they were together, and then he turned his attention to RB and laughed giving his spouse a loving swat on the backside.  “Did the little lady tell you what she did to her watch? She had a bit too much to drink at our anniversary party last weekend and used her watch to stir her martini!”  He laughed heartily.  The customer flushed and hastened to ask her mate to go next door and pick up some inconsequential item.  As he departed, she looked at RB and said, “Oh, how silly of me….I must have totally forgotten. Can you fix my watch again?”

“And no guarantee on water damage.”

It is amazing how sensible such a customer can become in the presence of her spouse who has a far better memory.  Ah yes, customer Model XVI 989!