Recently touching down in Mumbai after a whirlwind 15 hour nonstop flight (and a 9½ hours time-zone difference!), I was excited to be whisked away to the five star Marriott Renaissance Lake Powai for a three day “Gems and Jewellery Buyer Seller Meet” hosted by the Indian Government thru their GJEPC, Gem and Jewellery Export Promotion Council.

The conference brought together 23 top Indian vendors, including large corporations such as Titan, the jewelry division of the TATA Group, a $100 billion corporation, and other very well established large corporations (many of which sell to major US retailers including Walmart!) with 32 buyers, mainly from the US, including prominent retailers, for three days of one-on-one meetings, allowing both sides to begin to forge meaningful relationships.

The exhibitions by the vendors were spectacular! Everything was on display from one-of-a-kind museum-worthy gem-studded necklaces to the latest on trend designs in diamonds and 18 karat gold geared to the US market. The vendors were very keen to develop relationships with the buyers and able to provide their substantial catalogs of inventory in a variety of metals and gems or manufacture custom design pieces to our specifications. 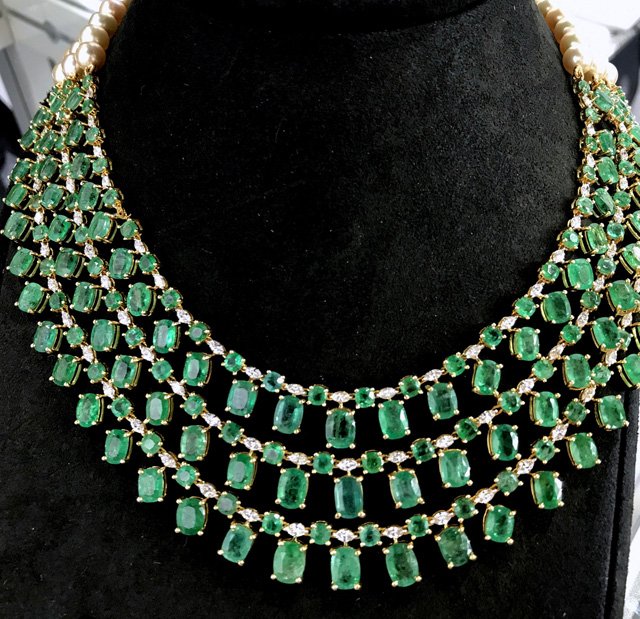 Mumbai is the diamond capital of India – the main diamond bourse is located here, and the wealth of diamonds of every kind did not disappoint! From custom cut diamonds in every quality and size, to uncut glowing golden completely natural diamond crystals, standard melee to micropavé, rose and other fancy cuts – if you sought it, they could provide. I was particularly impressed by the “invisible set” diamonds, where multiple diamonds were seamlessly set together giving the appearance of a larger single gem. This technique was also used with other precious gems such as sapphires in very attractive designs. 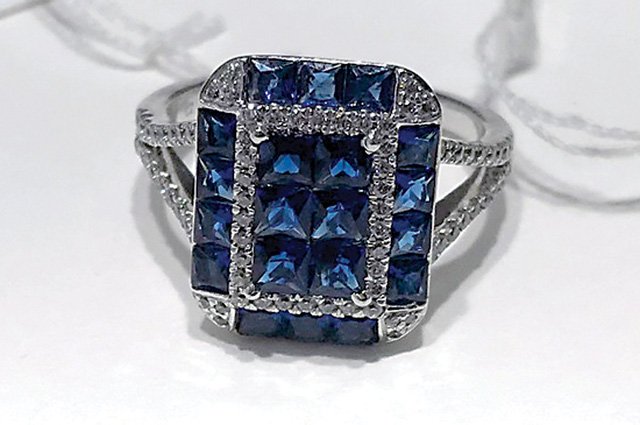 All the vendors were very aware of the need for ethical sourcing of gems and metals, subscribing to the protocols of the Responsible Jewelry Council, OECD, and other monitoring organizations. After the one-on-one individual 40 minute meetings with all the vendors (like speed dating) we were able to choose several factories and visit them for a more in-depth look. I stayed an additional couple days and visited a total of four factories, developing deeper relationships and getting a sense of each individual company’s forte, as well as exploring the vast city. 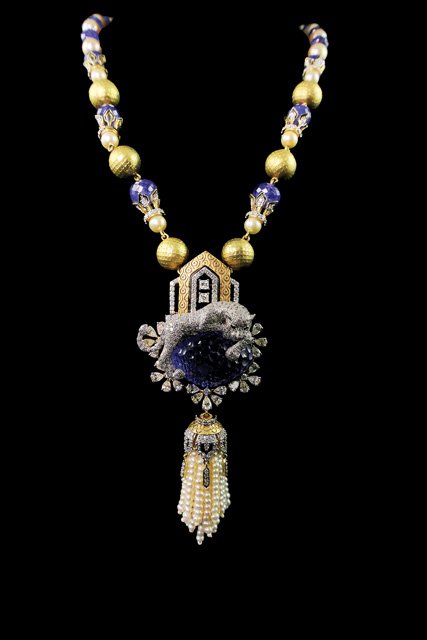 Diamond leopard embracing a large carved tanzanite.Mumbai is the financial, commercial and entertainment capital of India. It’s the wealthiest city in India, boasting the most millionaires and billionaires. It’s vast, with a population of 12.5 million – 20 million including the surrounding suburbs. It’s also sprawling and traffic can be challenging! It may take 2-3 hours to get from one part of city to another. Our hotel was north of the city near the airport, overlooking the beautiful Lake Powai. In the south are beautiful beaches – Mumbai is a major port, and has tourist attractions such as the iconic arching “Gateway to India.”

The atmosphere throughout the city is very focused, businesslike and quite cosmopolitan. The factories I visited had substantial women in the workforce and management and actively promoted women employees. Many of the larger factories were located in a well-organized, modern governmental “SEEPZ” area to help promote the ease of exports.

But it IS India! Our conference coincided with the final day of an 11 day Ganesh festival, where almost everything closes down city-wide. Large festivals included huge processions of throngs carrying large statues of Ganesh, the “remover of obstacles,” which they offered with flowers into the lakes and nearby ocean, including our Lake Powai nearby. Several of our conference participants attended! The festivities lasted well into the night with music and fireworks. Also, in deference to the large vegetarian Hindu population, beef is banned throughout the city.

India is also very progressive in many ways. Prime Minister Modi has recently offered a proposal to ban the use of single use plastics (plastic bags, water bottles) by the end of this year. And India has just announced a ban on e-cigarettes over concerns with youth vaping. All food is non GMO – organic and largely freshly made (vs frozen or reconstituted). 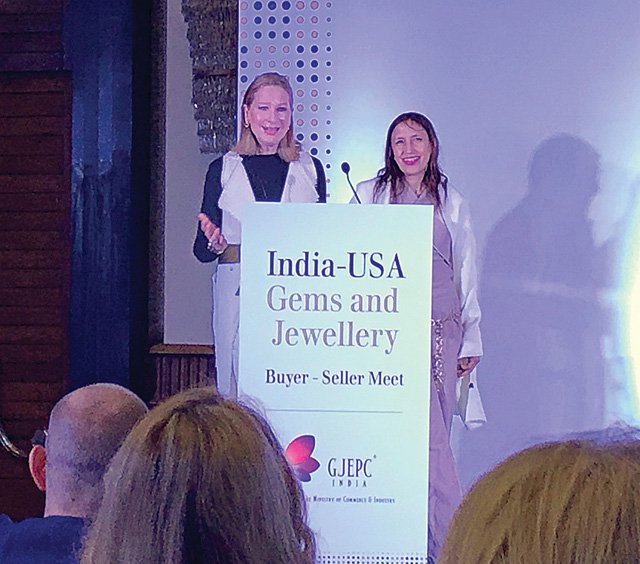 The delightful conference was definitely not all work and no play. We were hosted to elaborate meals, teas, cocktail hours and networking events including a lively bonding “drum circle” session!  The hotel featured an incredible infinity swimming pool overlooking Lake Powai, a spa, numerous restaurants and other amenities. Some conference participants took popular tours of Bollywood, the Mumbai home of the thriving Indian movie industry.

Many thanks and kudos to Nancy Robey and Holly Granofsky for organizing such an impressive array of buyers and sellers, and to Anurag Kumar, our host, for such a well-organized and productive event. 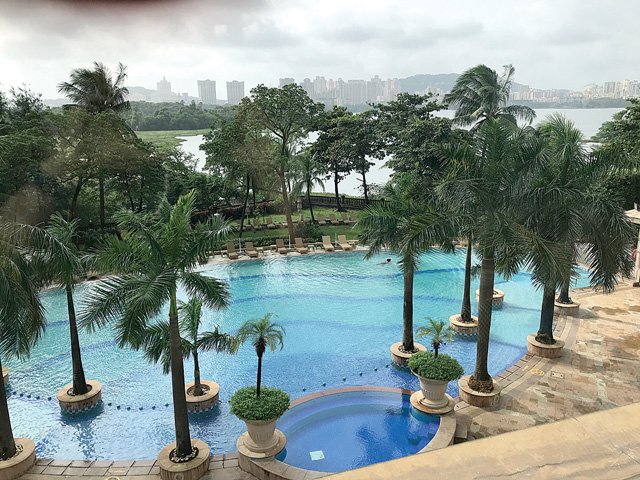 For more information or to apply to attend a future conference contact the exclusive USA agents for GJEPC, Nancy Robey, The Nancy Robey Partnership, Inc., 917-833-8248, nancyrobey@nancyrobeypartnership.com or Holly Granofsky, 917-513-5545, Holly@TheSocialSparkle.com.