What if you could live to 150? How would you change your life? 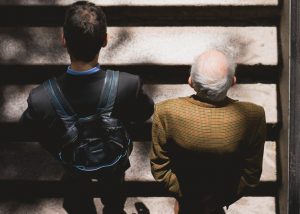 At the beginning of the 19th century the average life expectancy was 40 years. In 2019 it was 72. Recent breakthroughs in anti-aging by a Harvard professor suggest we may be able to slow or even reverse aging. What if you could live to be 150 years old, or more, in good health? Would you want to? How would you change your life?

In his NY Times bestseller Lifespan, Dr. David Sinclair, a professor in the Genetics Department at Harvard, claims that aging is a disease that can be cured. (@davidsinclairphd on Instagram, also available on many podcasts and YouTube videos). According to his Information Theory of Aging, aging is due to a loss of information on the epigenetic level (the epigenomes govern the expression of our DNA). Like on a scratched CD, this information becomes corrupted over time, so the normal healthy functioning of our youthful physiology starts to deteriorate, resulting in the diseases associated with old age – Alzheimer’s, heart disease, diabetes, cancer – as well as loss of the energy and vitality of youth.

But the good news is there’s a back up of this original information, like the back up on the hard drive of your computer, which can be accessed and reactivated. With his research team from his Harvard lab, Dr. Sinclair has done just this with the damaged optic nerves in blind mice, resulting in a restoration of their vision. His team is planning to make a gene therapy treatment available within the next 2-3 years to reverse glaucoma in humans. Many anti-aging studies are now being replicated by scientists around the world.

What if you could live to be 150, or even longer? Would you even want to? How would you change your life? People often claim they’re not interested in living past 100 because they’re thinking of the frailty of centenarians. But what if you had the health and vitality of when you were 30 or 40? How long would you choose to live? Would you make different life choices now?

When the average lifespan was 40, most people had one career, raised a family, then died shortly after. It was accepted that from an evolutionary point of view that this was “natural” because they had lived long enough to reproduce and guarantee the survival of the species. But many of the diseases of old age – heart disease, cancer, senility – were once also thought to be “natural” and cures were not aggressively pursued, although treatments are now common. What if aging itself (and the diseases associated with it) is a disease, as Dr. Sinclair claims, which has a cure?

Many people already have several successive careers now throughout their life. You may have had another job or profession before you were a jeweler. If you knew you could live to 150, with the health and vitality of youth, would you continue to be a jeweler? Would you choose a new or additional profession? Do you have a “second love” in addition to jewelry you’ve always wanted to explore? Would you open another business? Travel?

80% of aging is due to life-style choices, not genetics. Just eating less, exercising regularly and not smoking can increase your projected lifespan by about 14 years. Additional supplements can be taken which stimulate the cell mitochondria to restore youthful energy. Relatively simple techniques such as intermittent fasting (basically skipping or eating a light breakfast and lunch) can enhance the process. “Blue zones” – areas around the world with a high percentage of healthy “over-100” population including Okinawa, Japan and Sardinia, Italy – have healthy lifestyle choices which have been studied and can be replicated. Gene therapy techniques to expand healthy lifespan are on the horizon.

Is increasing lifespan a good thing? Will it result in over-population? Increased health care costs? Actually, population growth, especially in developed countries, is already on a significant decline. The US experienced .6% growth rate in 2019, the lowest in a century. China, population 1.4 billion, has a projected zero population growth rate by 2030.  30% of Medicare costs are spent on the last year of life. Initial studies have projected that with people living healthier lives as they age, then dying more quickly and naturally without many age-related diseases, society’s health care costs could actually dramatically decline.

Is this even possible? After all, we’re talking about the “Holy Grail,” the proverbial “fountain of youth.” Pause for a moment and think about the technological advances in the last 2-3 centuries. Three centuries ago, there were no cars or planes. Infectious diseases were rampant. Many children (and women) died in childbirth.

Today we’ve largely conquered infectious disease. We can talk – and chat by video – anywhere around the world in real time with our hand-held devices. We flew to the moon half a century ago and now manned visits to Mars are actively being planned. We’ve unraveled the secrets of DNA and the genetic code, explored the farthest reaches of the known universe, including its Big Bang origins, and revealed the minutest details of the subatomic world through quantum physics and the Unified Field Theory.  Substantial strides have been made in controlling the chronic age-related diseases thru modern medicine.

Is it really so surprising that we should take the next logical step and reveal the secrets of the aging process itself? How would it change your life?

Being the marketer of your business