You’re a jewelry professional. But how much of a jewelry expert are you?  Test your jewelry IQ with this fun pop quiz.  (True or False) 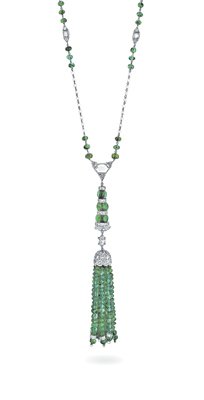 The story of jewelry is rich and colorful. Weaving this lore into presentations to clients adds romance and emotional appeal. It’s the story that sells. It burnishes your reputation as an expert.

Jewelry’s story is as old as humankind. Recently artifacts have been identified dating as far back as 125,000 BCE – a necklace of eagle talons by Neanderthals in Europe, a shell necklace in Israel c. 90,000 BCE, a bangle bracelet carved by Denisovans – an extinct pre-human species! – in Siberia c. 40,000 BCE. This emerging evidence suggests that jewelry is ancient and universal. The impulse to adorn spans aeons, continents and even species. Expression through symbolism, such as jewelry, which was previously thought to be a trait unique to homo sapiens, transcends these boundaries. What drives this elemental impulse to express and adorn ourselves? To magnify beauty, power, status? For protection or good fortune? Jewelry taps into one of our deepest rooted genetic impulses. Today’s woman shopping for a necklace is expressing not just a passing whim, but a primeval instinct imbedded in our DNA.

By 3000 BCE jewelry making had become an established art. Precious gems and metals, especially gold, were beautifully fashioned into elaborate designs using sophisticated techniques including granulation and cloisonné. Jewelry, worn by women and men, included intricate pectorals, collars, bracelets, earrings and rings. Worn as amulets and talismans these phenomenal objects were designed to protect and bless the wearer in this life and the hereafter.

With the flowering of the Italian Renaissance, master goldsmiths such as Benvenuto Cellini raised craftsmanship to fine art. Ornate jewelry included gold filigree and a wealth of exceptional gems including organic pearls, coral and amber. During the Elizabethan era in England long strands of (natural) pearls, long gold chains and medallions, cameos and signet rings were popular. Elaborate collars, bibs and chandelier style earrings were de rigueur. The rose cut was developed for diamonds and Belgium was established as a diamond center.  Rare, precious Crown Jewels symbolized the wealth, power and divine status of the regency.

Various styles and movements of jewelry flourished, including Victorian, Edwardian, Art Nouveau and Art Deco, each with its own distinct trends and characteristics. The diamond engagement ring became an almost universally adopted custom in the US in the 20th Century and diamond jewelry of all varieties remains widely popular. “Modern” jewelry, characterized with simple, clean lines, coexists with antique and estate jewelry, also highly popular. Jewelry in the 21st century is rich and varied, with a freedom to choose from all styles and periods.

We’ll be exploring some areas of jewelry’s past in upcoming articles. Let us know if there are certain periods you’d like to see!

(Quiz Answers:All True except for: 2 – Art Deco and Art Nouveau were two different styles; 4 – Portuguese pearl divers in the 17th century called some of the pearls they found baroque or irregular, the term later being extended to music and architecture; 7 – the De Beers slogan “A diamond is forever” has been called the most successful marketing campaign of the 20th century)

Mia Katrin is an award-winning jewelry designer featured in over 80 top stores nationally. She is available for lectures and seminars. To add her Collections or book a lecture: www.jeweljewel.com, 877 539-3569, facebook.com/MiaKatrinforJEWELCOUTURELLC.