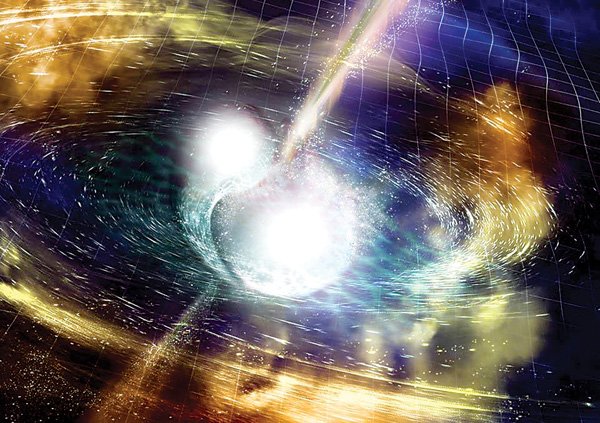 On August 17 this year astronomers on every continent trained telescopes on a two minute episode that was nothing short of miraculous – the collision of two neutron stars in a “nearby” galaxy in the constellation Hydra, 130 million lights years away. These two remnants of former suns, each with a mass the size of our sun condensed into an area about 10-15 miles wide, were among the densest objects in the universe. Nearing the end of their life cycle of about 11 billion years, they were engaged in a cosmic death spiral, circling each other several times a second.

Finally the stars collided in a massive explosion so powerful it created gravitational waves, curvatures in space-time, and a simultaneous burst of light in the form of gamma rays, both which were observed by Earth’s astrophysicists, an observational first in the history of science.

The explosion was so powerful it released more energy in 1-2 minutes than our sun has in its entire life cycle. Densely packed with neutrons, neutron stars, when they collide, shower these subatomic particles out into the universe. The force of the explosion enables the neutrons to combine with other elements lower on the periodic table to form heavy metals, including gold, platinum, silver and uranium, higher up on the periodic table, in a sort of cosmic alchemy, and scatter these newly formed metals throughout the universe.

Scientists now believe this is the origin of gold and platinum in our universe, a process they didn’t fully understand previously. The newly formed precious metals are showered throughout surrounding nebula, cloud-like clusters of cosmic dust. As these nebula eventually coalesce they form new suns surrounded by planets, now enriched with gold and platinum. Our earth and sun were formed in a similar process 4-5 billion years ago. We ourselves have trace elements of gold in our bodies from this process. We’re part “star dust.” 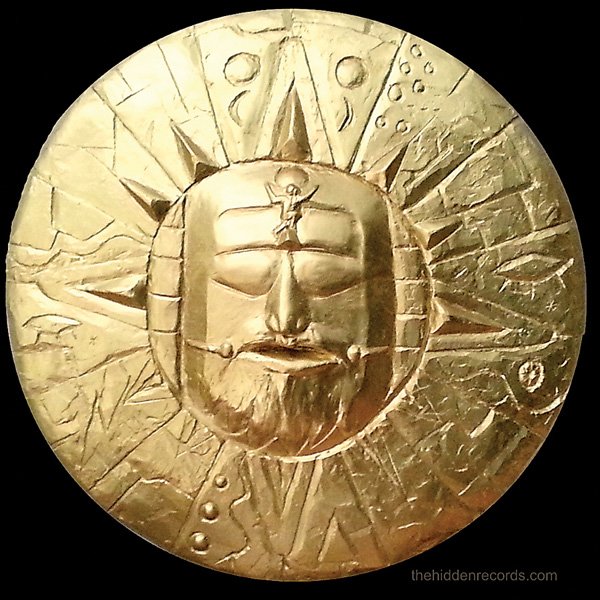 So all our gold is in a sense “recycled.” The universe has a built-in ultimate recycling mechanism, involving the birth and death of stars over a period of tens of billions of years. Have people throughout the ages sensed the mystery and power of these precious metals that are born in the crucible of dying, exploding and newly born stars? Did the ancient cultures such as the Egyptians who revered gold as a celestial metal, representing the sun, intuitively grasp that it was formed through a cosmic celestial process, in the heart of the sun itself?

Two years ago, scientists for the first time witnessed thru gravitational wave detectors the collision of two black holes, resulting in an observable curvature of space-time and confirming experimentally for the first time Einstein’s Theory of Relativity of a century ago. For this they were awarded the Nobel Prize this year. But because black holes emit no light, the process could not be viewed, it could only be “heard.”

The neutron star collision observed on August 17 (actually occurring 130 million years ago, finally viewed here on Earth!) was the first ever to be both “heard” and seen thru a simultaneous two second gamma ray burst. Scientists believe this transformational event could usher in a new era of “multi-messenger” astrophysics, revealing further details about the rate of expansion of the universe. It’s a cosmic bonanza for astrophysicists. Dr. Holz, from the University of Chicago, recounted a list of several observational boons that facilitated this new discovery. “I still can’t believe how lucky we all are. It’s all just too good to be true. We’re living the dream.”