Betty Stewart doesn’t remember the man who started her business.  He died just three weeks after she was born.

But the legacy of her grandfather, R.L. Stewart, lives on. To this day, customers who remember him will pop into Stewart’s Jewelry Store, a downtown mainstay since 1908 in , a quaint, historic town of about 10,000 people that lies nestled in the state’s inland coastal region. 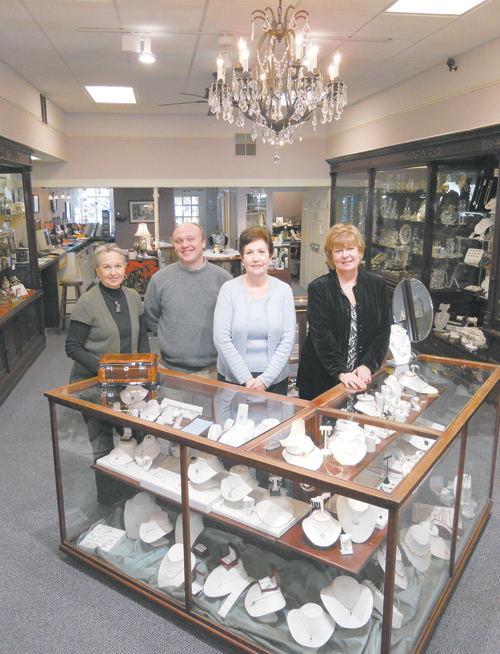 When R.L. opened his store more than 100 years ago, was a bustling, waterfront lumber mill town. The store, which changed location just once, two years after its opening, was in the heart of the thriving commercial district.

“People loved my grandfather,” Betty says. “He was a Southern gentleman.”

When R.L. became ill in 1949, he called his son, A. Thomas Stewart, who was working as a chemical engineer for Shell Development Co. in .  “He told my father he was sick and needed help with the business, and my father returned to take over,” Betty says.

Three years later, R.L. died. By that time, Thomas had become entrenched in the close-knit community, where his grandfather and father had served many years as mayor and city alderman. “I don’t know how they did it,” Betty marvels. “For 16 years my father served as mayor and on the city council.

“For 33 years, he was also a volunteer fireman, as was his father. He was able to achieve the first urban renewal funds to build public housing. Before he did that, there was a fire every other night in those poor outlying shanties.

“While he was doing this, he raised a family and ran a business.”

Another Call for Help

History repeated itself in 1987, when Betty was working as registrar at in . “My father called me and said the same thing to me that his father had said to him. ‘I’m old and I’m ready to stop working; come run the family business.’

“I’ve been here ever since.” 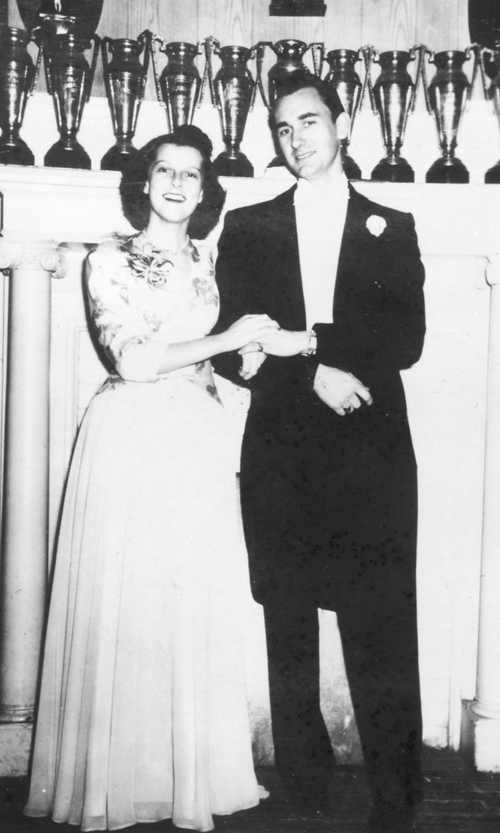 Thomas died in 2001. Betty’s mother, Virgil, who died a year ago, was a sixth-grade teacher for many years, then stayed home with her two children and worked weekends in the store. Betty says her brother, Tommy, would be running the business today had he not been hit by a car and killed while jogging as a freshman at .

While a strong thread of community service runs through the family, Betty steps back when it comes to public office.

“I’ve been president of community concerts and arts boards, all those things you say ‘yes’ to when you move to a new city,” she laughs. “But I’d never run for office. I’m content just to run the business. I love being back in .

“Not a day goes by that someone doesn’t come into the store and talk about my dad and mother . . . sometimes even my grandfather!”

Betty, 56 and recently widowed, holds a master’s degree in education and a bachelor’s degree in English. Since returning to her hometown, she’s taken a number of Gemological Institute of America courses and has learned to grade and appraise. And she is surrounded by “a great staff and wonderful customers.

“Daddy used to call them our precious gems.”

Among those treasured employees is Faye Alligood, a registered jeweler who has been with the family business for two decades. “She is wonderful,” Betty says.

Betty says business has been good, and she has taken a proactive approach during the bleak economy. “We haven’t held back in purchasing,” she says. “Our philosophy is if you don’t have it, you won’t sell it. It’s been great this Christmas. We’ve been very busy.

“Our business has been through the Depression and wars. Daddy always said, ‘Don’t worry.’ And we have survived.” 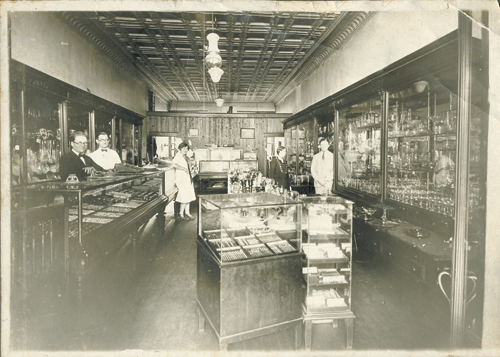 A recent step forward for Stewart’s was actually a step toward the past. “A few years ago, after I met my husband Nelson (Capps), we ‘un-modeled’ and brought out the old stuff and bought some antique cabinets, taking it back to the way it was,” Betty says.

“We have pretty hand-carved, mahogany cases with the original wavy glass,” Betty says.

Along with displaying jewelry from an impressive array of manufacturers, those charming old cabinets and cases are used for giftware. “We still do china and crystal for brides,” Betty says. “There’s not much profit in that, but we do it for the brides.”

Betty’s not sure who will pick up the reins of the family business when it comes her turn to retire. She says her daughter, Mary Elizabeth, a third-year law student who makes beautiful pieces of unique jewelry out of antique chandeliers, may or may not decide to carry on the family tradition.

Aaron Adams, a friend of Betty’s beloved late husband, might be a natural to step in, Betty says, as he follows in the Stewarts’ way of making every customer feel special and appreciated for their individual tastes.

“Aaron would be painting during the time we un-modeled,” Betty recalls. “He’d get off the ladder and wait on customers. Now he works six days a week, and he remembers every customer.”

A precious gem in the family business, Betty’s father would say.

For more information about Stewart’s Jewelry Store, you can call 800-946-2612, send an e-mail to stewartsjewelry@embarqmail.com, or visit the website www.stewartsjewelrystore.net.