Everyone talks about the one-percenters of the world. But some people are happy being like Hertz – number two. Or, in the case of Kristi Widmar and her husband Daniel, the soon-to-be owners of Racine, Wisconsin-based Rasmussen Diamonds, they’re abundantly pleased being part of the three percent of family businesses that make it to the third generation and beyond. 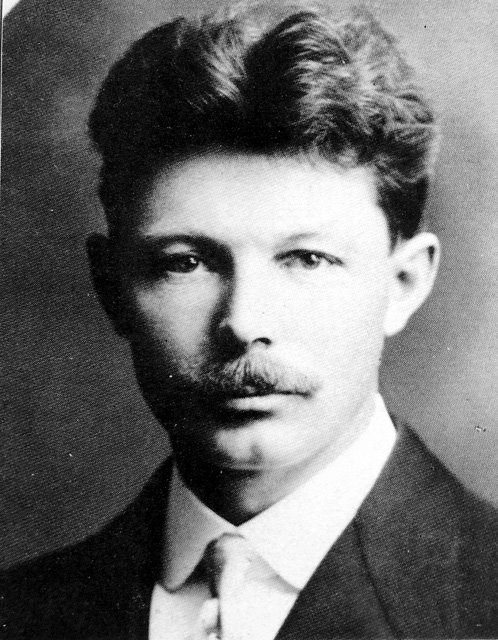 Rasmus Peter (Pete) Rasmussen opened Rasmussen Jewelry in 1900.The fifth-generation business couple will assume ownership at a pivotal time as the family jewelry store celebrates its 120th anniversary in 2020. “We are the oldest continuously running retail business in Racine and I believe the second oldest jewelry store in Wisconsin,” says Kristi.

Celebrations officially begin at the start of the new year as Kristi, Daniel and their staff celebrate a decade in business each month throughout 2020. History-based events are fun and have their place, but like many milestone anniversaries it’s also a reflective time to pay tribute to how it all started. In the case of Rasmussen Diamonds, it actually started out as Rasmussen Jewelry when Rasmus Peter (R.P.) Rasmussen (referred to as Pete) opened the store in 1900 on 910 State Street.

Reasons for R.P. settling in Racine are assumed to be attributed to be his parents’ Danish ancestry. “Racine is a very Danish and Scandinavian settled area,” says Kristi. “The Rasmussens are Danish so we believe it may have been family which brought him to settle here.” 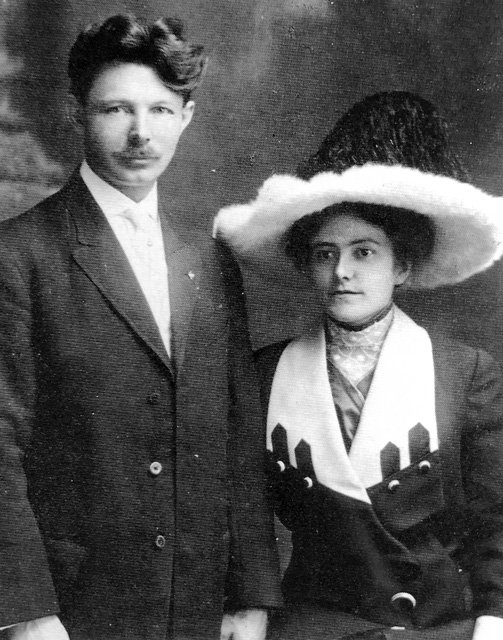 Pete Rasmussen and his wife Anne.Similar to many jewelers of that period, R.P. and his wife sold a mix of jewelry and some gifts along with dry goods. The original showcases were sturdy fixture choices that have lasted as long as the Rasmussen way of doing business and are still prominent fixtures in the store’s showroom.

“Back then State Street was more of a shopping district than it is today,” says Kristi. “At the time colorful awnings were as common as the combination of commuters riding on street cars, horse-drawn wagons and the occasional automobile.”

Rasmussen Jewelry differentiated itself in the early years as being more than a “one-man shop,” according to Kristi. As the store transitioned ownership from R.P. to his son Frank, the family business was well into specializing in jewelry and watches. As the town of Racine changed Rasmussen’s evolved in tandem. When State Street went from a shopping hub to a light industrial area, the family jewelry store followed the town’s Western expansion.

Frank moved the jewelry store to West Racine on Washington Avenue in the 1960s. A decade after the move, Frank found himself in a position to leave the family business. Calvin Sustachek was Frank’s sub-contracted watchmaker of many years. Calvin did watchmaking work for many jewelers in the area. Previous generations remember when Frank used to joke with Calvin each time he picked up and dropped off watch jobs at Rasmussen’s.

Frank would ask: “Hey Cal, do you want to buy a jewelry store?” One day the often-told joke became a business proposal. And, in 1977 Calvin purchased the store from Frank Rasmussen. The Sustachek family has owned the business ever since.

Cal purchased the store at a time when his son Bill was managing a jewelry store in Milwaukee. He left Milwaukee to manage the store for Cal. Cal enjoyed his role as store owner with his wife Marilyn for some time. Bulova Watch Co. hired Cal (then a high-demand Certified Master Watchmaker) to travel the Western portion of the US teaching watchmakers how to repair the then emerging quartz movement technology. 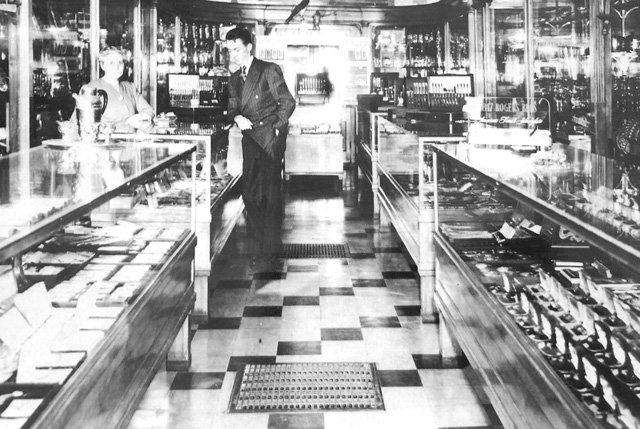 Pete Rasmussen and his wife Anne in the Rasmussen showroom (circa 1930).

Bill managed the store and eventually Cal returned to Racine to run operations as a father-and-son duo. Bill’s mother and his wife Kathy joined the business doing mainly office, accounting and administrative work. When Cal and Marilyn retired, Bill and Kathy purchased the store.

It was the 1980s and the retail industry was starting to evolve into what is today’s modern jewelry store model. When Bill and Kathy took over the store in 1988, they wanted to specialize more in diamonds, diamond jewelry and bridal. At that time the couple decided to change the name of the store to Rasmussen Diamonds to convey the new store mission and merchandise.

Katrina and Kristi, Bill and Kathy’s high school-aged daughters, started working at the family store. “We were pretty close knit – a small staff back then,” says Kristi. “It was our four-member family plus my aunt Linda Michel and my uncle Bob Slaasted.”

Over the years, most of Bill and Kathy’s five children (third generation Sustachek family) worked at Rasmussen’s. Both sons, Bill and Kevin, worked in the store for a number of years. And, their youngest daughter Kori Hassler’s husband, Joel Hassler, worked in the store and eventually became store manager. He left the family business in 2017.

The store’s product offerings and services changed in the 1980s. The following decade Bill made even more ambitious changes with a move to the store’s current location on Washington Avenue. The move came two years before Rasmussen celebrated its centennial anniversary. 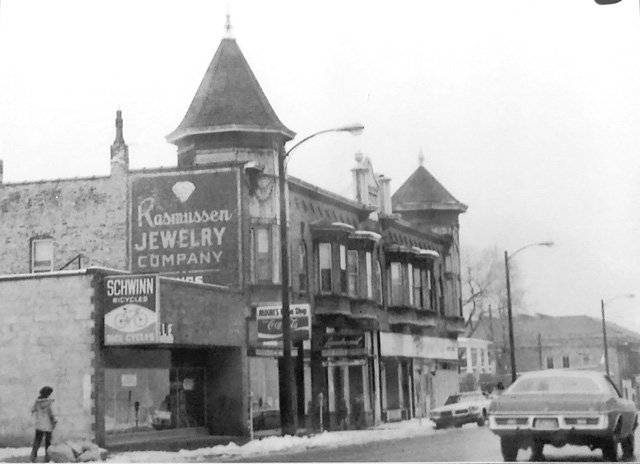 After that milestone anniversary year, both daughters pursued jewelry retail careers in Western states. The business thrived in the new space, so much so that when the neighboring dry cleaners closed their store, Bill took over the space and expanded the storefront.

When a store management position open in 2017, Kristi took the position. On the eve of Rasmussen’s 120 years in business, Kristi and her husband Daniel Widmar will be the third generation of Sustacheks to own the store as Bill and Kathy move on to retirement.

The couple has been anticipating the momentous year for some time. The number 120 lends itself nicely to a “down the decades” approach to celebrating the milestone marker on the family business timeline.

Kristi is looking forward to certain months of the store’s celebrations and events. In March they’ll host a 1920s to 1930s styled “Speakeasy” event. And, in late summer more modern decades of the family store’s operations will be celebrated with a 1970s themed party. (The 1970s are an important time period in the store’s timeline. It’s when the Sustacheks took over operations from the Rasmussen family.)

“These are just a few of the examples of 120-year store events,” says Kristi.