Born to recycle, industry leader Hoover & Strong has been doing it more than a century 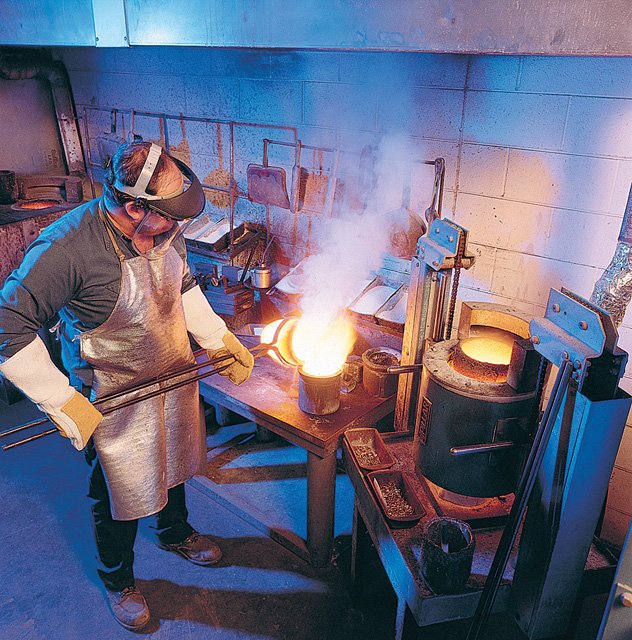 Smelting is the baseline for all products at Hoover & Strong.

Hoover & Strong President Torry Hoover speaks with passion about his company’s commitment to the environment. The precious-metal refining company is a cut above in the green movement, with 100 percent of its metals coming from recycled sources.

“Our goal is to communicate that commitment,” says Torry, the fourth generation in the family business and the driving force behind Hoover & Strong’s Harmony Metals and Gems brand. The Richmond, Va.-based company does not buy mined metals; more than half comes from scrap metals it buys from jewelers, and the rest comes from refiners that recycle scrap metal. Hoover & Strong takes pride in its refinery practices as well.

“We’re proud to run the greenest refinery in the United States and maybe the world,” Torry says. “We’re proud of that as part of our brand. More than 10 years ago we installed equipment that reduced chemical production by 80 percent.” With zero-discharge wastewater treatment in its facility, Torry says, “nothing goes into the sewers, and the air is clean.”

Hoover & Strong is also committed to using recycled diamonds and fair-trade/fair-mined gold and silver. “There are 5 million artisanal or alluvial mines around the world,” Torry notes. “The World Bank supports it, hiring the guy with a shovel who’s trying to feed his family. It fits in beautifully with our charity piece; it’s the perfect way to directly give and support. If certified, small gold mines can charge 10 percent more but they cannot use mercury or dump waste. They can use the extra money to give back to their towns,” such as building a soccer field for the children or bringing water or Internet to their community. 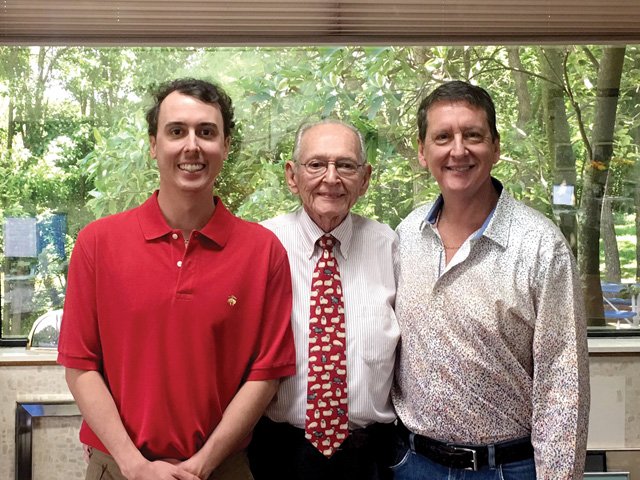 Three generations of Hoovers currently work at Hoover & Strong: (l-r) T.D. (started at the company a year ago), 87-year-old George (still works 4 days a week) and Torry (the current President).

Recycling was at the heart of the company’s founding in 1912, when Torry’s great-grandfather Jay Hoover and Jay’s partner Harry Strong stripped the platinum filaments from industry light bulbs to refine and sell to local platinumsmiths in Buffalo, N.Y.

“We branded our recycled metal, and we were the first to do so,” Torry says. “Precious metal has been recycled here from the beginning. It was remarkable because platinum is one of the hardest metals to refine, even today.”

Jay’s son Dudley joined the business in 1927, and the two developed products such as sizing wire. The company moved along to gold refining and then mill products, serving the Buffalo area. During the Depression, as many firms left Buffalo, Hoover & Strong moved into the mail-order business. Most of the gold it refined was sold to the U.S. Mint.

After Dudley’s death, his wife Marie took charge of the company. Their son, George, apprenticed and in 1970 became president. Nine years later, after steady growth, the company moved to Virginia. Torry, George’s son, joined the company in 1981 while going to night school and has been President since 2001.

“Because we are a family business, our core values – mine and my father’s – have meant a commitment to recycling right from the beginning,” Torry says. “Forget the branding of it; we had the commitment to say, ‘What does it take to go to 100 percent recycling?’ We were driven by our customers’ requests and my commitment to making it happen. For about 10 years we’ve been 100 percent recycled – gold, platinum, palladium and silver.” 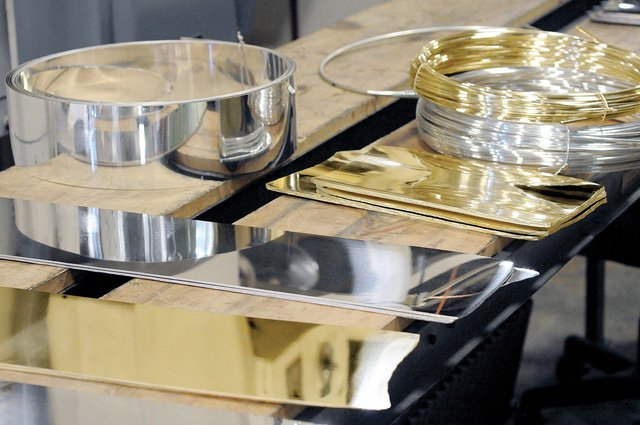 The company’s move to the Richmond area in 1979 was perhaps in response to one of Torry’s school projects. “In grade school in Buffalo, I was asked to do a paper on a state,” he says. “I picked Virginia as my state – serendipity, as my family picked it for the company. I liked the history of Virginia; I saw the pictures of beautiful scenery. I think the weather was the main reason we moved!”

Academia again played a role years later, when Torry submitted a college paper on expanding his family’s company. “The conclusion was to expand product lines and go into jewelry as well as mill products,” Torry says. “We looked at Fendt findings. Ten years later, we bought that same findings company as we identified them as having the best product line.” Baker Fendt was one of the country’s largest ring findings manufacturers, and Hoover & Strong added a casting division to expand its line of bridal products, custom casting and diamonds.

Along with its refining and custom casting services, the company’s 2009 acquisition of Keystone Findings allowed Hoover & Strong to offer the largest findings selection in the jewelry industry. The company now has salespeople around the country, including one at a sales office in New York City. Two more are in Providence, R.I., one is in Virginia and six are in outside sales. 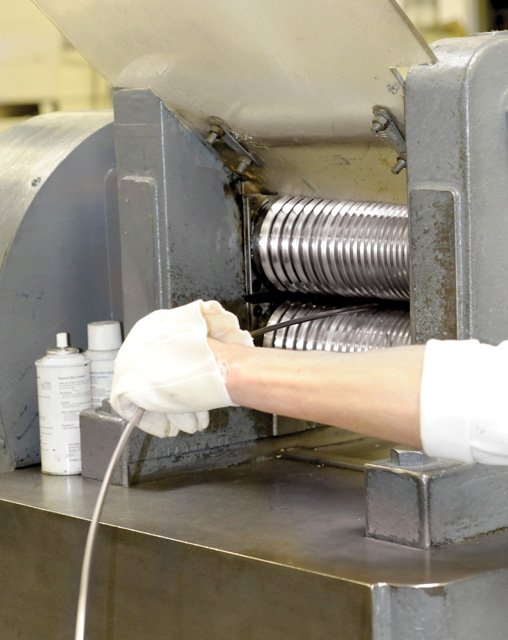 “I feel blessed,” Torry says. “The statistics for a company to make 100 years is 0.2 percent, so I feel we’re part of an exclusive group. My dad is 87 years old and works four days a week. My son, T.D., started a year ago, so we have three generations working here for the first time in the company’s history. It’s awesome.”

Being an American jewelry business, too, is a source of pride for Torry. “There is less and less of that because of outsourcing to Asia. American-made jewelry is in fashion again.

“I am definitely blessed.”