Jaclyn Iden and Alexandra Pohorecki represent the store’s current management team. The duo have many stories about the numerous historical events the Lawrence, Kansas-based jeweler has overcome in the span of 139 years, as if keeping a multi-generational jewelry business going 100-plus years wasn’t difficult enough.

Founded in 1880, Marks Jewelers continues to thrive in the 21st century.

The Midwest is not for the faint of heart. Given the history of the region, and more specifically the city of Lawrence, it’s amazing any business stood standing as long as Marks. From marauding bands during the Civil War era and great floods, to blinding dust bowls and tragic accidents, the folks at Marks Jewelers have withstood many tests of times.

In the 1850s and 1860s, Kansas was caught up in the anti-slavery movement that ignited tensions throughout the country. The state even earned the moniker “Bleeding Kansas.” Townships in Kansas were routinely attacked from groups representing either side of the slavery issue. 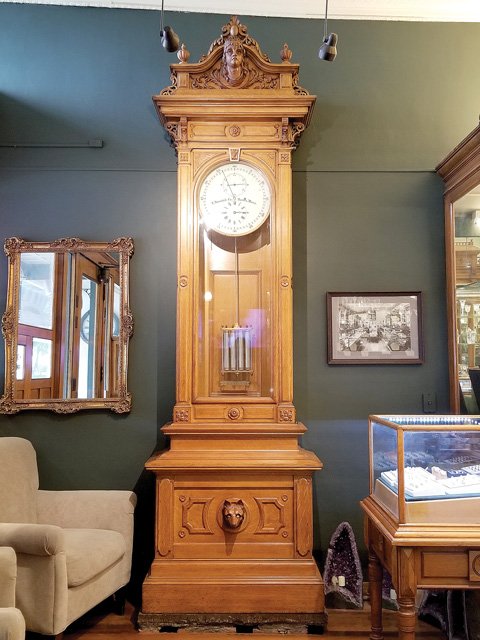 13-foot tall grandfather clock purchased by Sol Marks in 1880.The most notorious was William Clarke Quantrill. A prominent Confederate guerrilla leader during the Civil War, Quantrill is most famous for having led a raid on the Unionist town of Lawrence in August 1863.

“We [Marks Jewelers] stood without destruction from the raids,” says Jaclyn.

True to the Midwestern resolve that brought many pioneers to this region to settle, Lawrence ultimately survived the destructive and murderous raids, and then returned to the business of prospering as an emerging agricultural region. Like most towns of that time, Lawrence benefited from the coast-to-coast expansion of the railroads. Businesses, banks and commerce developed in tandem with the town’s growth.

Sol Marks repaired watches for railroad personnel in his brother’s business for many years. In 1880, Sol decided to open his own store that would ultimately become Marks Jewelers. Sol diversified his products and services to accommodate the needs of his burgeoning town. Over time, Marks would remain loyal to watch and clock repairs and services.

The family business was humming along. Then, in 1903, the region was hit by massive flooding. Even in times of great despair, joyous events continue to happen – like the birth of Sol’s son Julius. He joined his father in the family business and took control of his father’s store in 1934.

A year later, hard times would again come to the Midwest. Overproduction of wheat crops and extended droughts brought on the dust bowl years. On April 14, 1935, Black Sunday occurred. A massive front moved across the Great Plains from the northwest. Packing winds of 60 mph, the loose topsoil was scooped up and mounded into billowing clouds of dust hundreds of feet high. But again, the people of the region persevered. 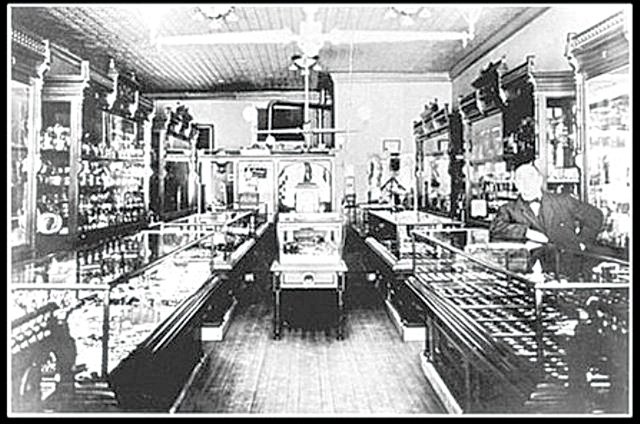 Marks Jewelers was founded by Sol Marks in 1880.

Julius continued to expand Marks Jewelers. Remaining faithful to its watch repair roots, Julius hired watchmaker Delbert Eisele. Eisele purchased the store in 1961. Ambitious, Eisele brought up the stature of Marks to that of a fine jewelry store, offering a range of jewelry from affordable to fine, watches, and watch, clock and additional services.

In 1977, Brad Parsons and Rich Yeakel’s high school job would be the pivotal period in their life – and that of the store’s. “Mr. Eisele liked us both, so he kept us on after Christmas of 1977,” says Rich. “I negotiated an increase in salary to $4 per hour and was made a full-time employee in spring 1978.” 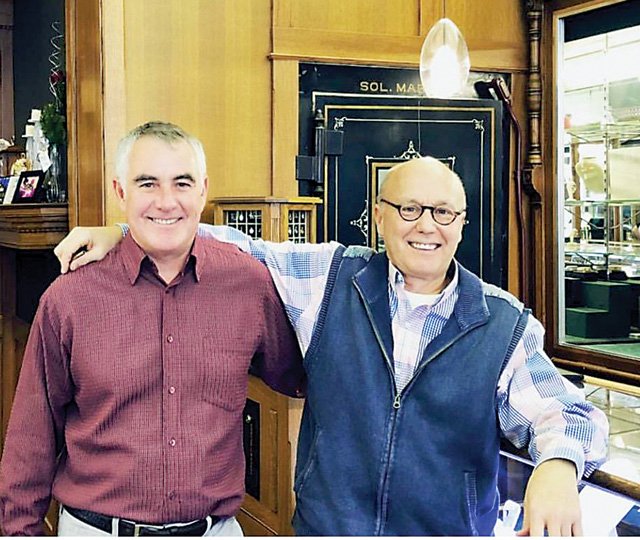 Marks Jewelers store owners Rich Yeakel and Brad Parsons.Both were young, ambitious and wanted to own the business later in life. In the late 1970s, the store was hitting a good stride. Brad and Rich were getting their diamond credentials, Marks Jewelers brought in financing options for large purchases, and they tripled their take-home pay.

Then two unfortunate yet transformative events happened. In August 1981, the store was burglarized, wiping out most of the owner’s inventory. “Brad and I were in our 20s when Mr. Eisele decided to sell us the business under very reasonable conditions,” says Rich. “His contract allowed us to put $50,000 down and pay the balance over 15 years. Our fathers co-signed the loans. We were young and daring.”

Five years after sealing the deal, Delbert Eisele and his wife died in a tragic car accident. In the years that followed, Marks Jewelers continued to thrive despite many market changes that affected downtown businesses of all kinds.

And, like most exceedingly practical Midwesterners, the store stayed steadfast with watchmaking, evolved in-house jewelry repairs to add state-of-the-art custom work and joined industry buying groups to elevate Marks as a destination for fine, quality goods and services. 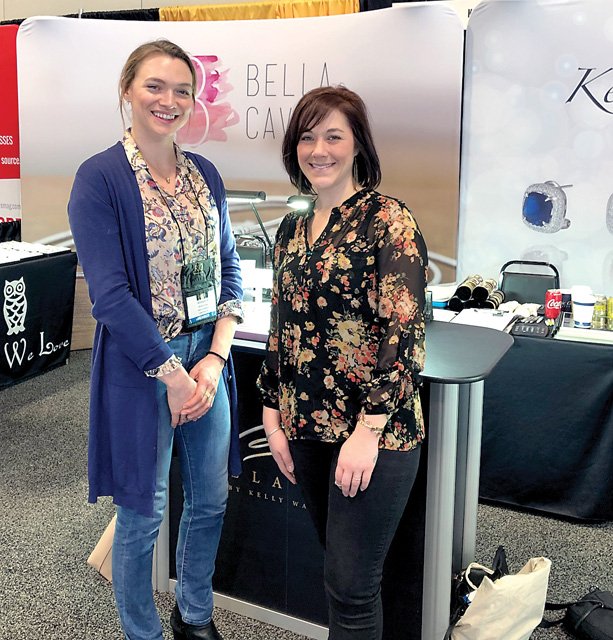 Store management duo Jaclyn Iden and Alexandra Pohorecki at a recent RJO Show.A rich and lengthy history in a business and city has defining qualities to it. And, Marks Jewelers shows off its history in many ways, without getting too stuck in the past. “When you walk in the doors you immediately notice the history,” says Jaclyn.

A remodeling effort six years ago revealed a handsome wood floor underneath the old carpeting. The old wood floor was refinished, and is a fine complement to the sturdy, wood display cases. One of the most talked about features of Marks Jewelers is the 13-foot tall grandfather clock Sol Marks purchased back in 1880.

“It’s rumored he spent as much on that grandfather clock as he did on the first batch of inventory for the store,” says Jaclyn. “It was hand-made in Boston. It’s wound once a day and still keeps perfect time. There are only four clocks like it in the world.”

The clock represents not only the original owner, but a commitment to watchmaking that continues today. Marks employs two watch and clock repairman that have been with the store for more than 20 years. But Marks is also known for its jewelry repairs and custom work, all of which is done in-house.

“Customers appreciate that we do everything here,” says Alexandra.

Historical remnants run throughout the store’s displays. It only seems natural that the store’s estate jewelry speaks to jewelry’s past as well as the jewelry store’s past. And, Marks remains true to selling a variety of giftware.

Like the wooden floors, hardwood cases and the Victorian Era grandfather clock, Marks Jewelers is ingrained in Lawrence. The store and its staff are part of the community. Not just by offering their customers quality service, but also giving back to those that have allowed Marks Jewelers to become one of the oldest jewelry stores in the country.