Crescent Jewelry Co. – looking back at 177 years in business 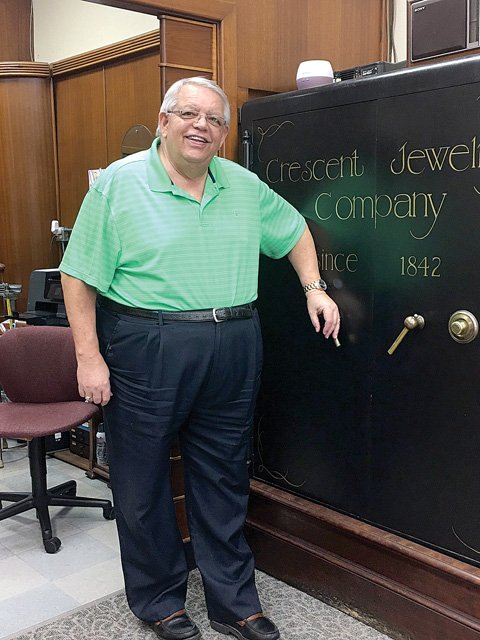 Crescent Jewelry Company owner Robert “Bobby” Heiser in front of the store’s original safe.Robert “Bobby” Heiser, owner of Crescent Jewelry Company, is the consummate small town jeweler. Based in Hannibal, MO, building relationships is vital to his business in a town of just under 20,000. He earns his business creating, fostering and nurturing these relationships one satisfied customer at a time.

Networking with local business owners and customers is done through his leadership roles with the YMCA and memberships with the Lions Club and the local Chamber of Commerce. And, while his industry peers obsess over the “next big thing” to selling jewelry or owning a jewelry store, Bobby is more than comfortable with a “if it works, don’t fix it” approach to running a successful business – 177 years and counting.

At 71, Bobby is comfortably in his retirement years. He’ll continue to work in his store “until it’s no longer fun.” Then he’ll most likely retire. With that difficult decision, sadly the fifth generation of his family’s business will be the last.

Although Bobby always wanted the father-and-son approach to handing down the business for himself, he and his wife Donna never had children. Nieces and nephews have expressed some interest in the business, but not enough to go six generations.

Bobby is also a sentimental man, who is surrounded by the retail history of the century-plus family business that began in 1842. The store’s interior is testimony to its lengthy timeline with the wall cases and floor cases all original, but recently refinished. 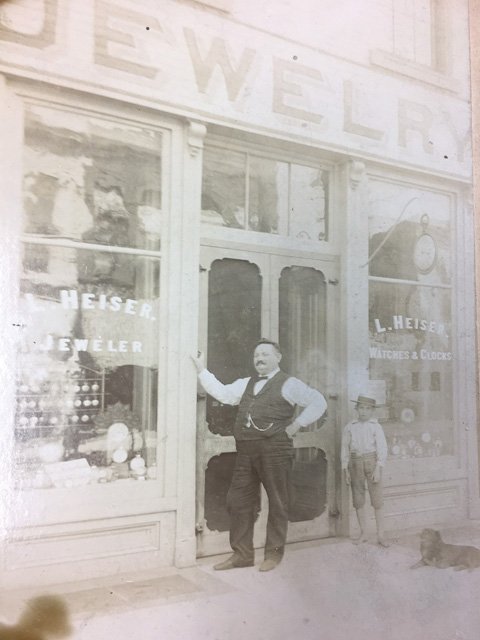 Louis Heiser in front of the store in 1895.“The wall cases were made in Quincy, Illinois, by Joseph Knittel Company” says Bobby. “They were brought to town by steamboat, and then transported to the store by horse and carriage. We also have a work bench that is still in use – with some modifications – that was purchased in 1919 from Roger, Thurman & Co. We still have the catalog used to order it a century ago. The bench’s original price was $24.”

The old work bench used to have a foot-powered treadle mechanism. Honoring history the way Bobby does, when the motor was installed he kept the foot peddle. Down the decades, telling the family’s history in their jewelry store has been just as important as teaching the skills, services and product offerings that keep customers coming in and coming back generation after generation.

Hannibal, Missouri, is known for many things in US history, leading with the boyhood home of writer Mark Twain. But the town was “the gateway to the West,” says Bobby. “America needed timber to build and the railways and river ways were the key ways to move timber to other parts of the country. This is what most likely made Hannibal a good choice to start a business even before the town was officially established as a city.”

In 1842, R. E. Lackner opened his jewelry store. With his watchmaking and engraving skills, he serviced the many locals, visiting customers, and employees of the railroads and riverboats. Lackner married and had children, but only his daughter Lena stayed in Hannibal. As the store matured along with the town itself, Lena married Louis Heiser. A watch repairman in his own right, the two married in 1876. 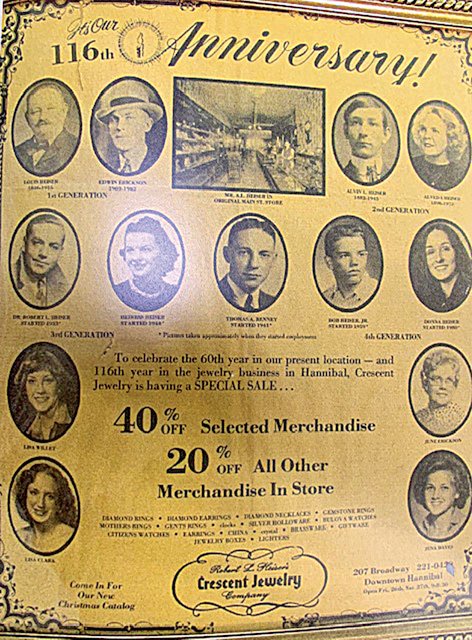 As best as Bobby knows, the early days of operations consisted of watchmaking and repair services, engraving, with sales of basic wedding bands, pocket watches, ladies compacts and watch chains. Products and services changed up in the early 1940s. Then it was common for jewelers to also offer optometry services.

Prior to adding this vital service to the community, Louis and Lena moved the jewelry store to its current location on Broadway. Bobby’s father followed in his father’s footsteps and became an optometrist. Bobby’s father attended the Southern School of Optometry in Memphis. When he returned from school, he worked in the family store starting in 1942 until he passed away in 1999. 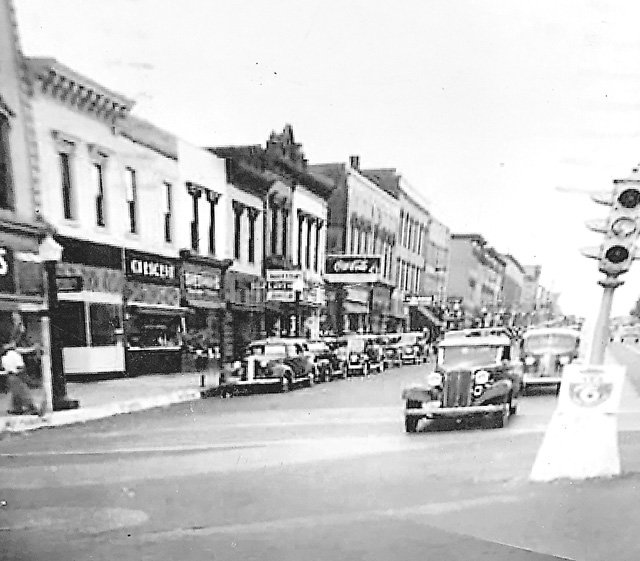 A lot has changed since this 1973 shot of downtown Hannibal, MO. 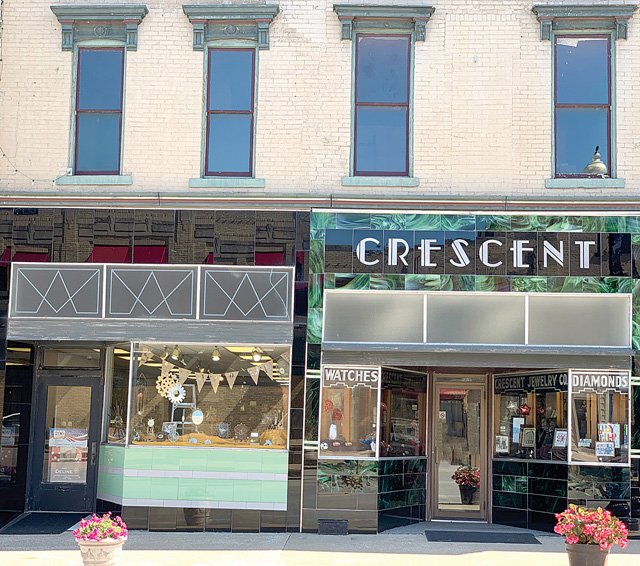 Born in 1947, Bobby started working in the family store when he was seven. He always knew he would be in the family business. Not just because he was next in line for what was becoming a multi-generational business. Bobby was always very close to his parents, especially his father.

Based on their close relationship, for as long as he can remember, he wanted to work alongside him to learn the family business essentials. “My parents would drop me off at school in the morning, and then open the store,” says Bobby. “In the afternoons I’d walk 10 blocks from school to the store and help polish jewelry. My parents built a little step stool for me. The three of us would work in the store until close.” 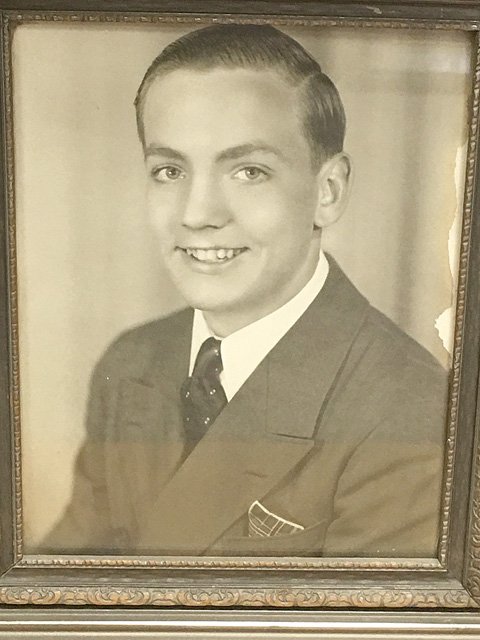 Bobby’s father, Robert Heiser, Sr.But Bobby’s help wasn’t just in the store. On weekends, his father took home the engraving machine to complete work for customers. “Back then engraving was a free service,” says Bobby. “Every Sunday, my father, my uncle Pete [Erickson] and I would spend the whole day doing engraving work.”

Bobby’s father worked in the store for many years. When he died the lion’s share of store business landed squarely in Bobby’s lap, forcing him to work 65- to 70-hour weeks. Bobby worked monster weeks for about a decade, which put a strain on his family life (he married Donna Matson in 1979). Eventually he hired a jeweler to offset at least that portion of the workload, so he could work on his business instead of in it.

In looking back at his career, Bobby has few regrets. Even after graduating from college, he had a job offer that would have earned him a better annual salary than the family business could offer. The plan was to work at this job for a number of years, save as much money as possible, and then join the family business.

But his mother became very ill at the time of the offer. Robert senior needed to take care of his wife, which meant Bobby had to mind the store. It was a lost opportunity for Bobby, but turning down the job offer a week before leaving town was a no-brainer for a devoted and loving son, who knew the family and the family business needed him badly at such a critical time. 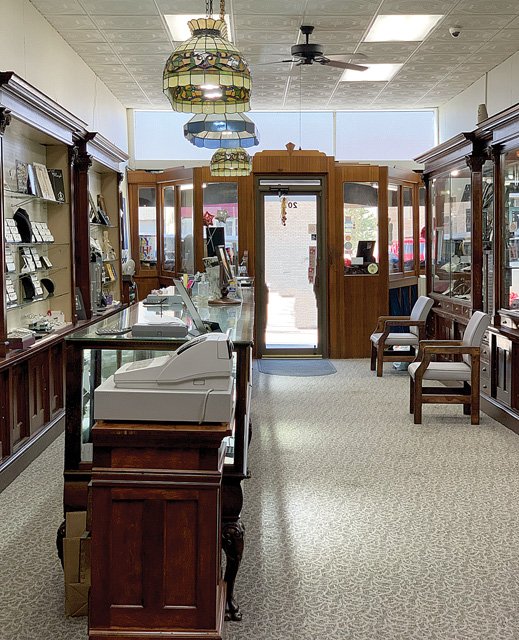 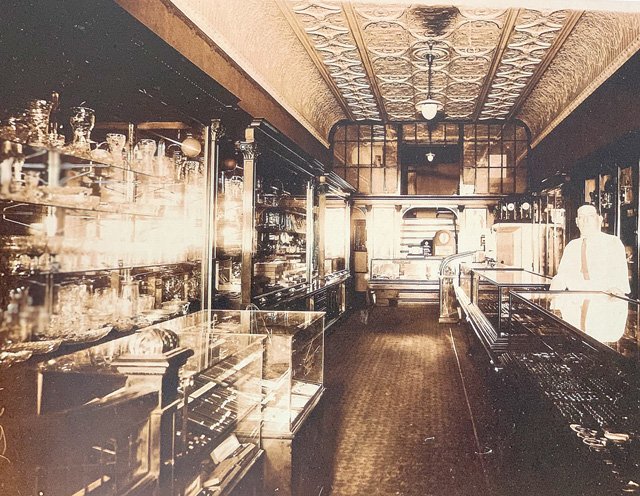 “There’s no school like old school,” as the saying goes. Word-of-mouth referrals and relationship building has done wonders for his business, but Bobby has also done well with generating sales from his website and social media efforts, namely Facebook.

Bobby prides himself on selling and servicing strictly to customers within a 60-mile radius by effectively combining old and new media. Crescent Jewelry Co. may have only 26 Google reviews (not bad for a small town), but all of them are five-stars, giving Bobby and his staff a perfect score. “These reviews are testimony to the level of service and jewelry buying experience our long-time employees offer our customers,” says Bobby.

For now, Bobby takes things one day at a time. With regards to the future of his jewelry store, Bobby says: “No huge plans. We will continue to provide excellent service to our customers and go the extra mile to ensure a wonderful business.”