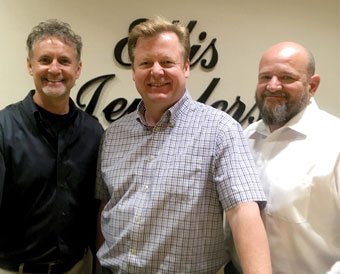 They say you can escape your past but not your genes. Tim Hiatt, owner of Ellis Jewelers in Lexington, North Carolina just might agree. Although he has no father, uncle or brother to point to when it comes to his jewelry legacy, he can point to his grandfather as inspiration for becoming an entrepreneur. Although Varner Berrier, aka Papaw, owned a small grocery store, Tim often wonders if he’s standing in the middle of his own store today because he grew up at the heels of his business-smart Papaw. Calling it his ‘retail gene,’ Tim believes it was an intangible trait passed down that helped him get to where he is today.

But isn’t that the story of all independent jewelers? Don’t we all have someone to point to for taking the time to walk us through the learning phase? Someone who spent time showing us how it’s done? Tim would not only point to his Papaw, but he’d also credit the man who introduced him to the fine jewelry industry.

“Len DeFelice, a jewelry manufacturer representative, asked me to help him out while I was still in college,” recalls Tim. “He’d purchased the store from the Ellis family in 1978, but he hadn’t given up his sales rep position, and had to continue to travel for work. I didn’t know anything about jewelry, but I fell in love with his bench and got to play with torches, fire and jewelry when he was gone.”

Finding his niche at the bench, DeFelice noticed Tim’s enthusiasm and sent him to jewelry repair classes. Tim also completed goldsmith training, as well as earned a Bachelor of Science degree in Transportation Management. And, while he was working hard building the fundamentals of his career he fell in love. Tim graduated from college, got married and was promoted to store manager, a role he truly hadn’t aspired to.

Len and Tim worked well together and eight years later, in 1988, opened a second store in Kernersville, NC, just 20 miles from the Lexington store. It was at this juncture the two first discussed Tim’s eventual move to own the store. Although store management and ownership weren’t his first love, Tim attributes those retail genes from Papaw to helping him say yes to owning his own business.

“I looked up to him and spent a lot of time in the grocery store, hanging out and having fun. I watched how he treated people and how he operated his business. He was my mentor and, now that I think about it, probably where I inherited the retail gene and my love for people.” 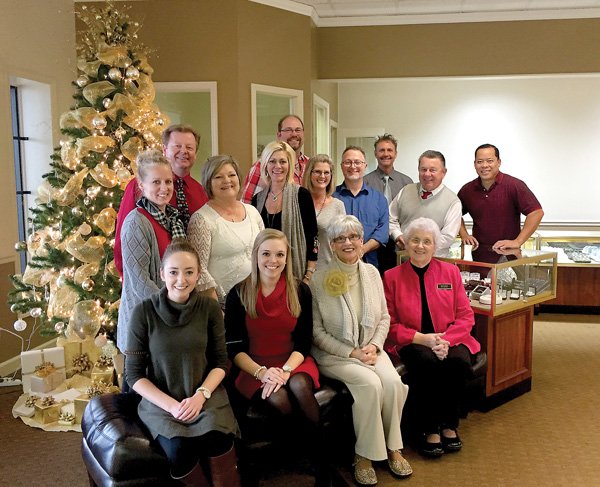 In 2008 Tim purchased both Ellis Jewelers stores, and maintained the company’s vision of being a full-service jeweler with bench and repair services, custom jewelry services and trending lines. Catering to all segments of his small communities, Tim looks back on all those who contributed to his success and has a message for the ones just starting out.

Q: If you offer advice to someone just starting in the industry what would you say?

A: “I learned a little from each person I encountered. My grandfather taught me how to run an ethical businesses. Len taught me how use my jewelry colleagues and peers to spot trends, discuss obstacles and learn from, and I learned so much from my vendors on how to share ideas and network. Learn from those around you. Ask questions and be observant.”

Q: If you had to point to one career choice as being pivotal in your success what would it be?

A: “Being a part of the local jewelers associations is a critical component of being successful in this industry. I am both a current member and past president of the Southern Jeweler Alliance and the North Carolina Jewelers Association. Both helped me stay plugged in and build solid relationships with my peers, who became great advisors when I had a problem or needed advice. Having relationships with people who wake up and do the same thing I do every day gave me comfort and confidence.”

Q: What is the best part of the industry for you?

A: “Few industries offer the opportunity for those who are interested to mentor or apprentice. That’s really impressive to me. And, it’s very special that we work in an industry where our customers invite us into their lives during some of the most monumental times in the history of their families. Not many people get up every morning and participate in such joyous moments.”

Q: Plans for the future?

A: “Continue to be community involved, care about people and grow. We are really stepping up our social media efforts and can see positive sales results. So, we’ll concentrate on that and continue to operate a business model that produces steady sales across all 12 months, instead of relying on holiday sales so much. It’s worked for us in the past and we’ll continue to perfect that model.”