Facebook Live Auctions help IL jeweler reduce inventory, give back to the community 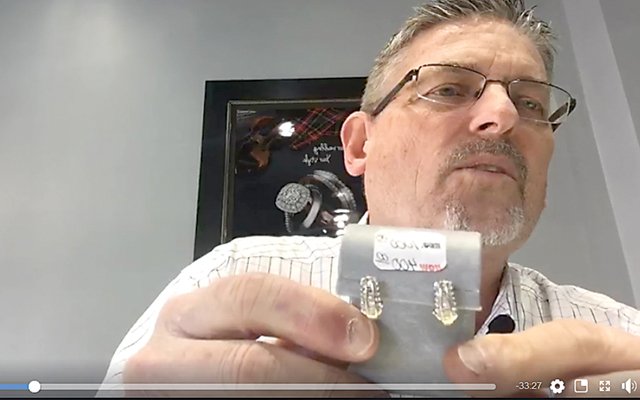 Jeff Kohl is like a lot of jewelry store owners. He wears many hats in managing his business. As of last fall, being a live auctioneer on Facebook is yet another role he performs. The co-owner of Kohl’s Diamond Gallery in Galesburg, IL, Jeff’s live auctions have helped liquidate non-performing inventory and increase followers on his store’s Facebook page, while adding a cause-marketing component to benefit non-profits and charities.

Another management quality of Jeff is being open to the many ideas his young intern Martin Soto proposes. “He’s a smart, energetic kid who has a lot of ideas – a lot of ‘em,” says Jeff. “But last summer when he presented the live auction idea to me I stopped and wanted to give it some immediate attention. During the slower summer months we’re always trying to find something new and different that’ll inject a little energy and excitement into things.”

One of the first aspects of the live auctions that caught Jeff’s attention was being more visible as the face of his own business. Video, even better live streaming video, on Facebook over static content (i.e. product shots with captions) has been trending on the social media website for some time. Jeff wanted to capitalize on that. Plus the idea had many merits on its face.

Getting to know and interact with your Facebook followers – in real time no less – reducing non-performing inventory, raising money for charities, and producing and then re-purposing original content on Facebook and other social media websites made this a no-brainer for Jeff and his staff.

Jeff held his live Facebook auction last August. The first task for these auctions is selecting the best merchandise choices. Jeff and his staff purchase a lot of jewelry from the public, making the estate case the first stop when considering the best jewelry choices for the Facebook live auctions. 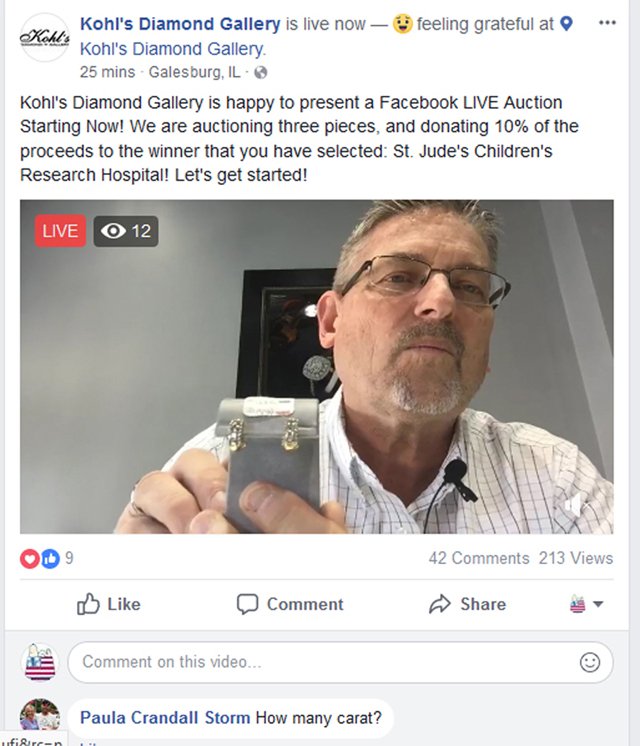 Various jewelry types (earrings, rings, or bracelets) that Jeff and his staff think will generate the most interest from Facebook followers are initial considerations. Price points, however, are the driving factor when the social media gavel hits the virtual counter.

Auctioning lower price points on non-performing merchandise serves many purposes, the most obvious liquidating inventory that isn’t selling. In the context of the Facebook live auctions, however, Jeff and his staff can’t predict the outcome. 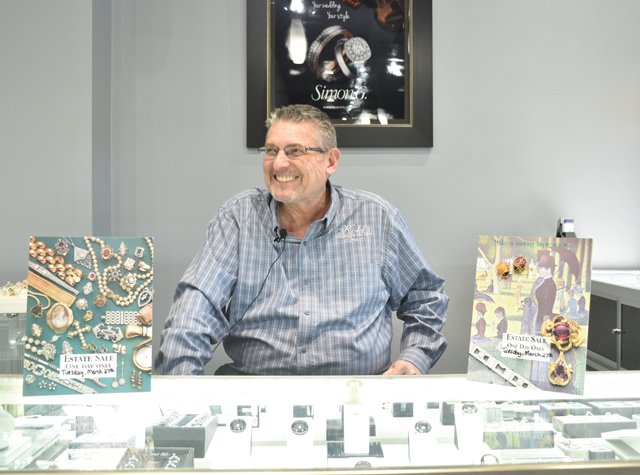 Building in an acceptable loss or break-even factor in each inventory choice for the live auctions makes these social media events more cost-efficient. That’s why at press time, Jeff’s most costly item auctioned to date had a store cost of $330 (an in-line yellow gold diamond bracelet that realized $440).

“There’s also the perceived value of the lower price point item,” says Jeff. “We do our best to romance the items like any good salesperson should. If the auction goes well above the starting bid then we’ve made more on the item than our cost or melt price.”

A cause-marketing component to Jeff’s live Facebook auctions has been a staple of these social media events since the first one last summer. Jeff and his staff already had a strong track record of giving back to their community, but wanted to do a little more. Ten percent of each live auction purchase goes to a charity.

In addition to the feel-good factor of helping those in need, Jeff’s social media intern thought it would be a good idea to let the store’s Facebook followers help decide which charity would receive a portion of a particular auction’s proceeds. Much to Jeff’s surprise, the charity suggestions generated just as much, and in some cases, more interest than the auction itself.

“Often times, people that donate to, work for or on, or are even influential members of the community on the boards of these charities share the voting process on other Facebook pages,” says Jeff. “This widens the interest and generates more followers [to the store’s Facebook page] and casting votes for those charities to receive our auction proceeds. We also learn about lesser known charities in the process as well.”

With selected inventory priced and ready for auction, and a worthy charitable recipient dedicated to the proceeds, the next order of business is setting up the video and audio necessary to do the live stream. As with any first attempts at a new project, the basics were over thought and overdone to compensate for the unknowns. A friend to the store that’s into video production kindly provided the video equipment, tripods, lighting and sound equipment needed.

“The first Facebook auction went well, but there was simply too much equipment and set up time,” says Jeff. “We hit on a winning formula the second time around just with a laptop and a clip-on microphone. That’s it.”

Jeff and Martin have become the dynamic duo of the store’s Facebook live auctions. While Jeff is busy talking about the pieces being auctioned off, Martin is the auction whisperer feeding Jeff information on incoming bids and names of the bidders. Jeff’s shout outs by name of some bidders personalizes the live social media auction for participants while interjecting much-needed levity to keep the fun and momentum going.

In addition to scaling back video and sound production, and having a trusted assistant, other lessons learned from the first auction include shortening the bidding time. Three items are sold at each live auction. All three items are introduced at the beginning of the live event, and then each item is auctioned for 10 minutes.

“We started with 30 minute intervals, but it was tough to talk about the piece for that long,” says Jeff.

Nights and weekends, when most people are off work, was first thought to be the optimal time frame for the auctions. “We found that Thursdays at noon work the best,” says Jeff. “I suspect people check in on the auctions during their work hours.” 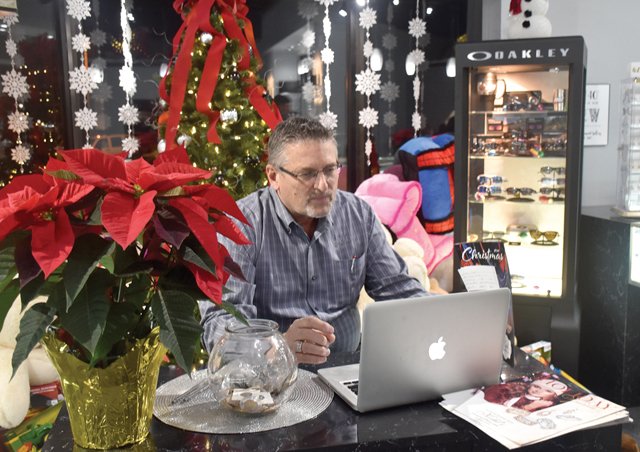 Other lessons learned since the first live Facebook auctions include not selling collectible coins. These items garnered little interest and were sold at cost. Most importantly, it was quickly determined people tuned in for great deals on enticing estate jewelry. For female bidders, they want a good buy a self-purchase while male bidders are seeking bargains for gift giving.

Another important consideration is a 10-second delay on the bidding. Jeff and Martin have learned that padding the 10-minute bidding time by an additional 10 seconds allows for the late stragglers to get their bids in on time and wrap up each auction in a fair and timely manner.

The live auctions have been successful social media events that have not only addressed ageing inventory issues, but have increased the store’s Facebook followers by more than 10 percent over nine months (4,000 to 4,500) with a low-cost, fun, interactive live auction. And, it gives Jeff a platform with a large live and engaged audience to promote the auctions and upcoming store events.

Jeff plans to do these auctions during the slower times of the year and strategic periods to promote scheduled store events and seasonal sales peak periods such as Valentine’s Day, Mother’s Day and Christmas.