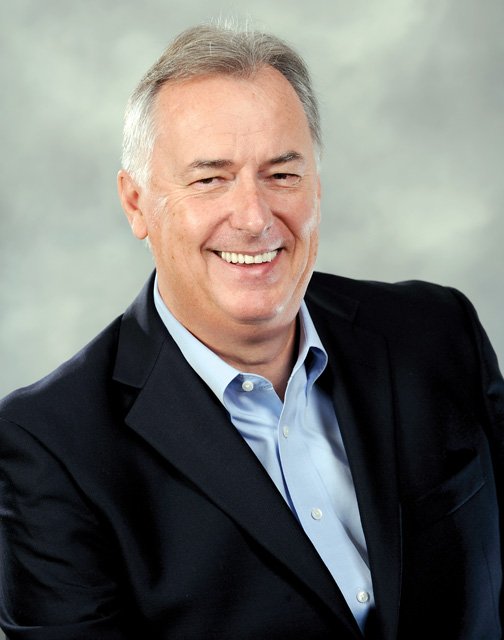 Gerry Weber, President and CEO of Fast-Fix Jewelry and Watch RepairGerry Weber does not do things in a small way. When he builds a business, it’s the top in its field – Florida-based Fast-Fix Jewelry and Watch Repairs has 159 locations in the United States and Ireland. And when he turns his passion to a local fundraiser, it’s doggone amazing. The cat’s meow. A lucrative tail-wagger for all involved.

“My passion for helping the animals translates to people wanting to help me fulfill my passion,” Gerry has said, and it’s true. The Humane Society of Broward County’s annual fundraiser, Walk for the Animals in downtown Fort Lauderdale, expected to raise $600,000 from its March 2 event. It’s a fun day filled with tons of cute animals, booths, displays and entertainment on stage.

For more than 28 years, the Walk has been generating money for the Humane Society, for which Gerry is former Board Chair and current Executive Committee member. “By donating to the Walk, you are helping the thousands of animals that come through their doors each year,” Gerry wrote on his fundraising page. “Every dollar supports them as they provide veterinary care, food, shelter and much, much more to every animal they see.” 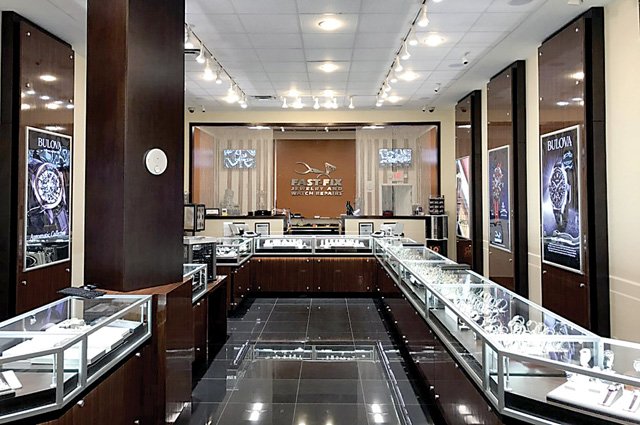 The Humane Society of Broward County is one of the largest animal rescue and adoption agencies in the United States, Gerry says, adding that the nonprofit operates with an impressive $8 million annual budget. “We are called on to help in emergency situations beyond Broward County, and we get into full motion. When there was a hurricane in New Orleans, we were there to rescue animals. And the Carolinas and Puerto Rico, we were there, too. We were involved in rescuing beagles in the Michael Vick case. We’re active throughout the United States and the Caribbean; we’re called on because we’ve been around such a long time, and we’re able to respond. 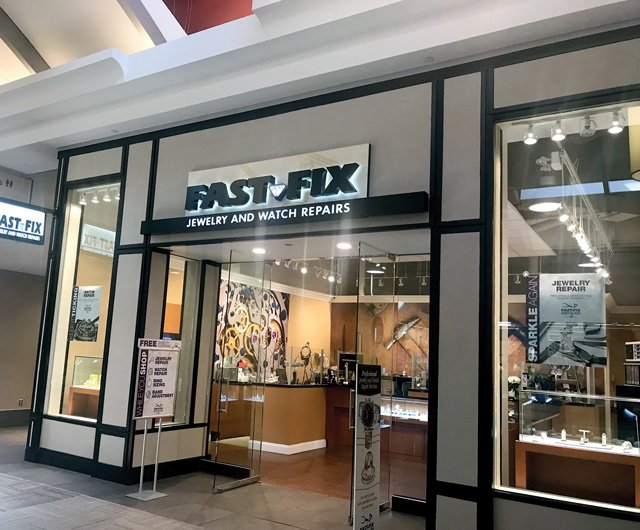 “We work with other agencies in a collaborative way; we have great partnerships to get animals adopted. It’s a very rewarding experience. And we have a great facility – we’re not your grandmother’s kennel!” The dogs’ accommodations are comfy in the beautiful 33,000-square-foot, fully air-conditioned shelter, and the cats live communally, the way they live naturally. “They’re social animals,” Gerry says. “We’re in the business of adopting the animals, so we hope they’re not with us long, but we take the stress out of the time they’re with us.” 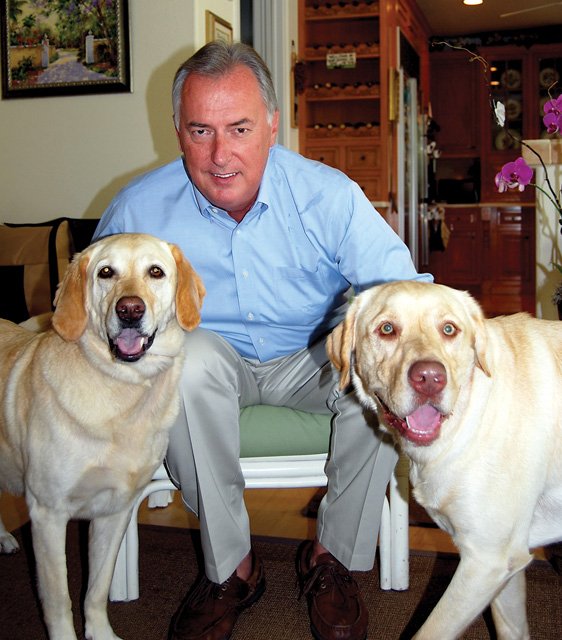 Gerry Weber is the former Board Chair and current Executive Committee member of the Humane Society of Broward County (FL).Fast-Fix Jewelry and Watch Repair, established in 1984, is an industry leader in jewelry, watch and smartphone repair services. The company also designs custom jewelry and offers engraving and eyeglass frame repair. While most of its 159 locations – 154 in the United States along with five in Ireland – are in malls throughout the country, some are located inside Meijer and Super-Walmart stores. They’re all staffed with expert jewelers, watchmakers and smartphone technicians. “We’re working on franchise deals throughout Europe and in Russia, India and Canada,” Gerry says. “We want to continue our growth overseas as well as in the United States. We’re very stable and continuing to grow.

“When I came in four years ago, the thing that amazed me is the longevity of our franchises. Many of our franchisees are in their third ten-year renewal. People tend to leave only to retire, and usually employees, or other franchisees, are buying their stores. We’re not high profile; our core business is fixing things. We’ll take something that might have been inherited from a mother and repurpose it into something modern, but it’s still something that was her mother’s. Half of our stores do phone and iPad repair, but our core business is jewelry and watch repair, ranging from simple jobs like battery replacement to a complete overhaul.” 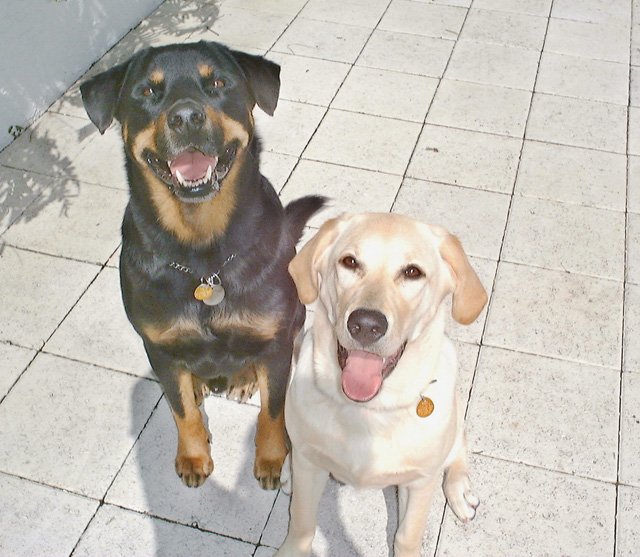 Buddy, a rescued Rottweiler and Lacey, Gerry’s Golden Lab who passed away last year.Before Gerry took the helm at Fast-Fix as CEO and President, he worked with South Florida entrepreneur Wayne Huizenga of Blockbuster Entertainment and AutoNation fame – “cool businesses,” Gerry says. “It was great to work with the caliber of Wayne and his wife, Marti.”  The Huizengas – who both died in the past few years – were animal lovers as well. In fact, the Humane Society’s animal shelter is named after Marti. “Marti had a special love for the animals, and Wayne did too. ‘We’re there to take care of the critters,’ as they said. They left a substantial endowment to the Humane Society.”

Animals are woven into the fabric of Gerry’s life. At Fast-Fix’s corporate office in Boca Raton, a Jack Russell Terrier named Camp and Golden Retriever named Sadie serve as “goodwill ambassadogs.” He’s friends with good-hearted people who raise orphaned lion cubs until they’re ready to go the Zoological Wildlife Foundation’s center in South Dade County. He shares his home with Humane Society alumni: He and his yellow Labrador Retriever named Cody walked in this year’s fundraiser in honor of their lab friend Lacey, who passed away last year. 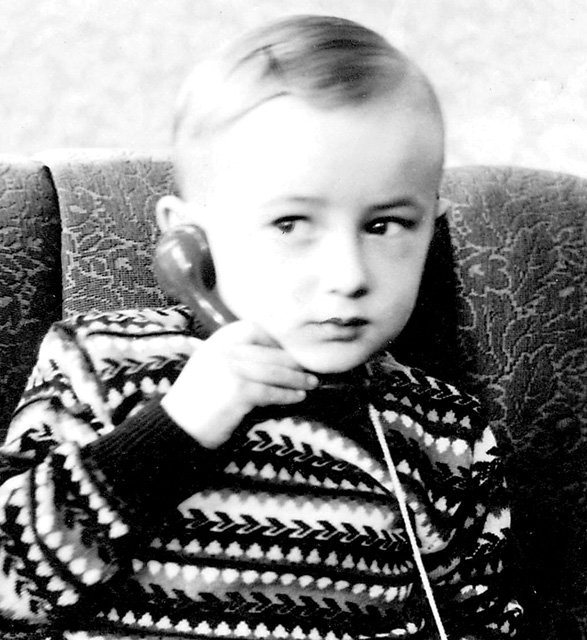 This picture of a young Gerry Weber shows he was destined to be an executive.Gerry is a big proponent of having animals in the workplace and beyond. “It puts everybody in a whole different frame of mind,” he says. “It’s therapy.”

The shelter’s dogs provided crucial therapy during a national tragedy last year, the Marjorie Stoneman Douglas High School shootings that were just a few miles away. “Our marketing manager’s daughter was there at the time,” Gerry says. “It was traumatic. For months after, we brought dogs over to comfort the students. Animals ask nothing but love, and they give love in return. It was very successful, having the dogs there to cuddle the students and make them feel better. The dogs are a total de-stresser.

“People also have stresses in the workplace. Animals are cute, cuddly … and they are welcome to be here with us.” 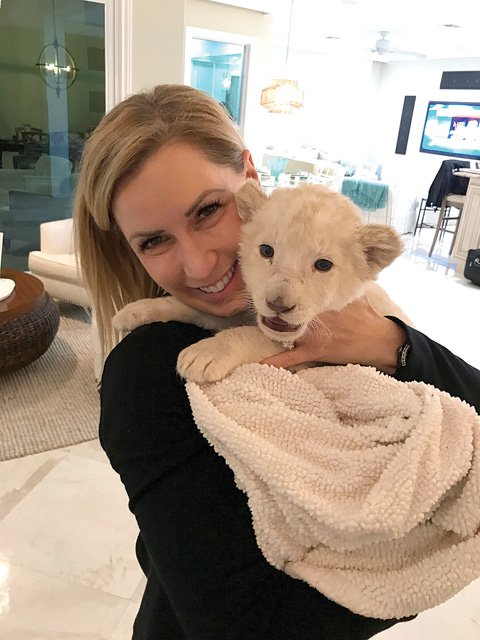 Gerry is also friends with people who raise orphaned lion cubs until they’re ready to go to the Zoological Wildlife Foundation’s center in South Dade County.For more information about Fast-Fix Jewelry and Watch Repair, call 561-330-6060, visit them online at www.fastfix.com or e-mail gweber@fastfixfranchise.com. For information about the Humane Society of Broward County, visit www.humanebroward.com. To support Gerry’s Walk for the Animals participation in memory of Lacey, go to https://humanebroward.donordrive.com/participant/Gerald-Weber.