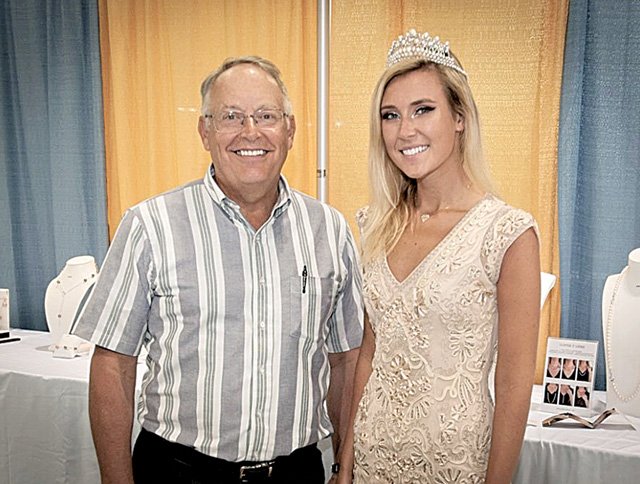 Mark Holt is in the process of turning over the reins of his store to his daughter Alexandra.In the waning years leading up to his anticipated retirement, Mark Holt, owner of Holt’s Diamond Jewelers in Wautoma, WI, is working harder than he ever has since he took over the family business from his father in 1975. But the rigors of decades of deadlines and commitments don’t bother him these days. Mark is enjoying his final years as a jewelry store owner to the fullest as he shows his daughter Alexandra how to run the family business.

“What’s kept our family business together from the start is our work ethic,” says Mark.

“It isn’t just getting up at the crack of dawn to get work done, what I admire most about my father is doing whatever he could to keep the family business going even in hard times,” says Alexandra.

Alexandra Holt layers other necklaces with her signature diamond shape gold pendant.For Alexandra, she remembers the housing market crash of 2008 and what it did to their family business. Twelve-years-old at the time, she recalls her father working feverishly to bring on estate jewelry to help keep the store’s doors open. Sourcing pre-owned pieces from various sources, including buying from the public, Mark cleaned, repaired and priced saleable estate jewelry.

“It got us through a very hard time,” says Alexandra.

Seven years prior, Mark took another gamble that paid off. The family business got its start in Wautoma in 1954. Over the years, the business grew, but so did the downtown landscape. In 2001, while the nation was reeling from recession, Mark was faced with a difficult decision of how to deal with a year-long construction project on the main road in front of his jewelry store.

That year, Mark heard about a guild jeweler in nearby Neenah, WI, that was looking to sell his business, from back office to front door. With the family home positioned at the halfway point between the two towns, the commute to either store was doable. And, Mark’s sister-in-law was looking for a job at the time.

“The decision to open a second store was quite easy at the time,” says Mark. “My sister-in-law had the product knowledge and skills to manage a jewelry store and the infrastructure of the store was part of the sale. All I really had to do was hire a couple of sales associates and fill the display cabinets.” 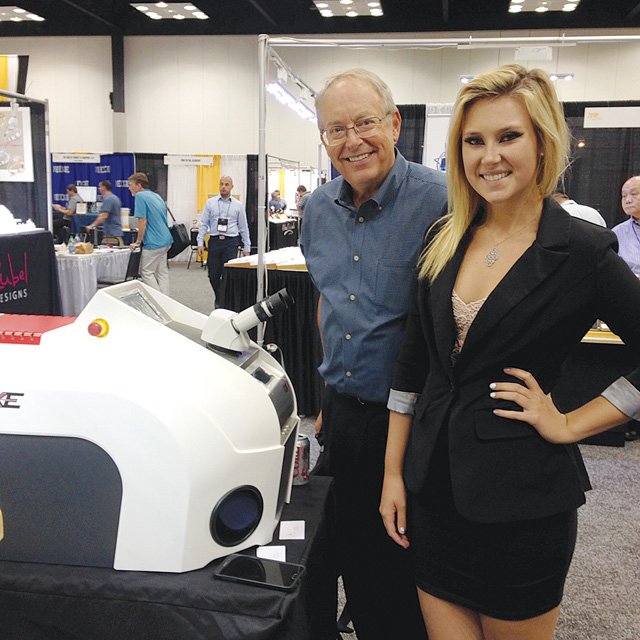 Mark and Alexandra Holt check out the latest in laser welding technology.

“My sister-in-law is looking to retire and the Neenah store sales have been slipping for the last few years,” says Mark. “Although closing this store wasn’t an integral part of our succession plan for the family business, it certainly was discussed in detail with my daughter.”

Alexandra knew she’d earned her father’s trust as the incoming generational jeweler when she was asked about the idea of closing the second store location. The downtown shopping area of Neenah isn’t the thriving retail area it once was and marketing to Neenah customers became a good-money-after-bad proposition for the Holts.

“In order to reach Neenah residents, we had to advertise on radio stations and in print from other markets, such as Appleton and Green Bay,” says Alexandra. “We just weren’t having the impact we needed.” 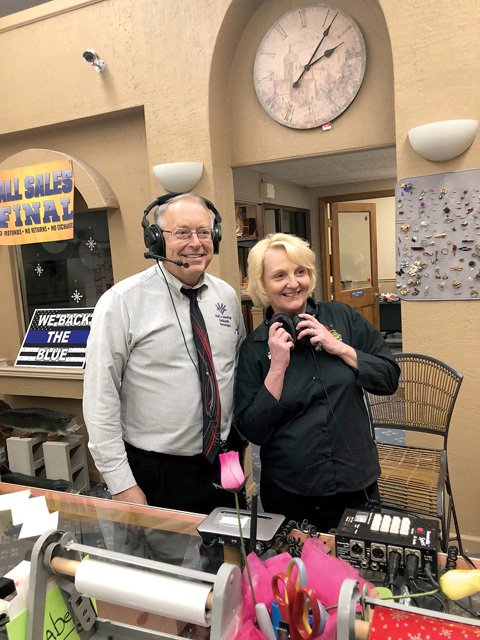 Mark Holt demonstrates his commitment to the medium with some on-air skills.Wautoma is a small town of 2,000 people. With lakes an abundant natural resource for the area, Wautoma is a retirement community for those looking to make their summer cabins yearlong retirement homes. Although Alexandra and her father are doing all they can to mix old and new media to reach customers of all ages and demographics, given the average age of their customers, radio and newspaper work very well to bring customers in.

“The interesting aspect of our market is there are always new waves of retirees coming in,” says Mark. “And, until they retire for good at their lake places, those that spend the warm weather months here save a lot of their jewelry repairs and purchases for the summer with us.”

Perhaps serving a mainly retirement population is part of what makes Mark so comfortable with his life transition. That and reliving a lot of the fond memories he had when Mark’s father took him under his wing when entering the family business. In addition to embracing the Old World work ethic of his father, Mark fondly recalls business travel with his father, who had his pilot’s license.

Mark may not be able to fly a plane, but his father’s love of travel was handed down like keys to the family store. Part of the transition from second to third generation of family jewelers is going on buying trips. And, as evidenced by the duo’s approach to working the July RJO Show in Minneapolis, the father/daughter duo is inseparable. 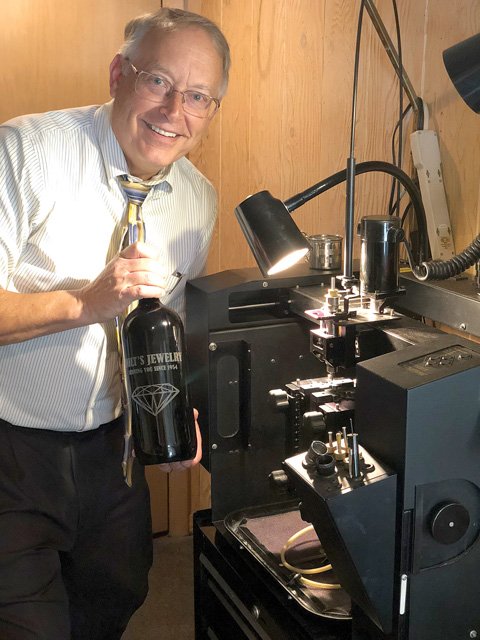 Engraving machines have been a huge market differentiator for Holt’s Diamond Jewelers.“There’s the day-to-day things I need to learn,” says Alexandra. “Going to the trade shows and on buying trips with my father offers invaluable experiences and education, especially when dealing with vendors.”

Mark is at retirement age, but isn’t quite ready to call it quits. He would like to take Alexandra to Antwerp again for another diamond buying trip. And, a dream destination for the father-daughter team would be to buy emeralds in Colombia.

For now, Mark will be busy consolidating operations down to one store. Meanwhile, Alexandra is looking to make some mild changes to the store’s showroom, starting with light colored wood floors over carpeting. Then her ultimate goal is to learn the industry’s more sophisticated custom jewelry design software packages to usher in this dynamic change to the family business.