Lambrecht’s Jewelers’ history dates back many years but also covers many miles. Wilhelm Lambrecht, who founded the family business with his brothers Felix and Edmund, came from Germany’s Black Forest to America’s Midwest all with backgrounds in cuckoo clock manufacturing.

In 1892, Wilhelm and his brothers opened their jewelry store near the corners of Milwaukee and Western Avenues in Chicago. The store had a few handles over time including The Big Jewelry Store and William Lambrecht & Son.

“The Big Jewelry Store name came from the fact that Milwaukee Avenue [store] was the largest jewelry store outside of the loop in the city of Chicago,” says Matthew Lambrecht, fourth generation owner of the Wilmette, Illinois-based store.

In the founding and formative years, Lambrecht’s was much like any other jewelry store of that era. It offered a range of services from clock and watch making and repair, jewelry sales and repair, as well as optician services. Jewelry retail startups near the turn of the 20th century had to be all things to many customers.

Lambrecht’s offered a wide range of products and services but came out of the gates as a strongly dedicated watch, clock and jewelry store. It was staffed with six bench jewelers, five watchmakers, and several clock makers, according to Matthew.

In the early days location meant more than just where a jewelry store was situated. Neighboring retailers that offered
additional ranges of products and services pulled in foot traffic for Lambrechts in those years.

“They had an annex shop next door to the jewelry store where they offered refrigerators and radios,” says Matthew.

With so many dedicated staff to grow and maintain a jewelry store, extending Lambrecht’s to a second generation was a foregone conclusion. Wilhelm’s son William joined the family business in 1917. Like most incoming generations, William worked his way up in the business. William’s mark in Lambrecht’s was to make himself an ambassador of the store.

“William Lambrecht, our grandfather, was very involved with various associations in the industry,” says Matthew. “The business had a bowling team, and he was involved in the North Milwaukee Avenue Business Owners Association.”

William’s ambitions to be the face and name of Lambrecht’s came to an end in 1940. He died unexpectedly and was survived by his wife Josephine and their three children. William’s sudden passing could have had dire consequences for the store. At that time in American history it was very rare for a woman to not just run a business but also manage a household with three children.

With the help of William’s cousin Harry, Josephine was able to keep Lambrecht’s going. “She was a pioneer in that respect,” says Matthew.

Matthew’s father William joined the business just before his tenth birthday. His main job was to wind the landmark vintage street clock in front of the store’s Milwaukee Avenue location.

Being in business 130 years allows for a jewelry store to be part of much of the nation’s history as well as Chicago’s history. “During the Great Depression the business didn’t let anyone go from their job,” says Matthew. “Our grandfather altered the work times of everyone so the employees still had a pay check coming in. And, during the St. Valentine’s Day massacre one of the deceased people had a box from Lambrecht’s in their coat pocket.”

By the time William worked in the store as an adult in 1955, Lambrecht’s had two locations, the original store on Milwaukee Avenue and the Wilmette store. “They ran both locations until 1966,” says Matthew. “That’s when the old German neighborhood started to change, and then they closed Milwaukee Avenue and moved everything to Wilmette. Harry Lambrecht was my father’s business partner. My grandmother did our pearl and bead stringing in the store.”

Matthew and his sister Beth represent the fourth generation of jewelers at Lambrecht’s. She started in 1978 and Matthew began working at the store in 1985. With Wilmette the sole location for Lambrecht’s, the family store has undergone several major renovations over the decades.

“It has been remodeled four times over the 67 years,” says Matthew. “One was done in 1982. This was a major redesign with new cases and store layout. My sister Beth and I redesigned the store seven years ago. We closed for four weeks and did a complete gut job. It has been well worth it and well received by our loyal customers.”

Vintage ads that were covers for mailers. Lambrecht’s has decorated shopping bags with several of them.

Lambrecht’s has come a long way since the early days. Matthew and Beth have ushered in many new lines of jewelry and modern services that demonstrate major advances and modernity to the business that started so many years ago. “A lot has changed over the years as product lines come and go and styles change,” says Matthew.

Chicago has a rich and lengthy history in the Midwest and honors businesses that have a longstanding tradition of serving retail customers. In 1992, the Illinois State Historical Society held a dinner and award ceremony for Matthew and Beth’s family and the business. The centennial commemoration was a career highlight for the brother and sister duo.

And, like their father and grandfather, Matthew and Beth are active in the community. The siblings have been board members and presidents of the Wilmette Chamber of Commerce. “We were raised with the idea that it’s important to give back to your community,” says Matthew. “Beth has also served as a Wilmette Village Board member and our father was president of the Wilmette Park Board during immense growth of the parks in Wilmette.” 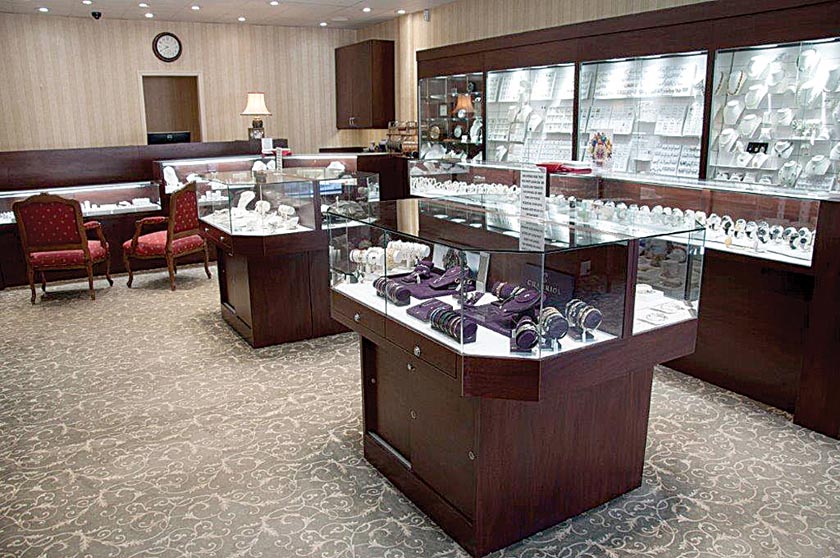 In looking ahead, Matthew and Beth have some ideas for succession planning. “Our hope is that the business will be remembered for providing quality goods and services and giving our customers great service,” says Matthew.